ANDY MURRAY demanded answers over Peng Shuai's disappearance – as he shared an inspirational speech about freedom amid fears for her safety.

Chinese tennis star Shuai, 35, has been missing since posting on a social media website allegations of sexual assault by former vice-premier Zhang Gaoli. 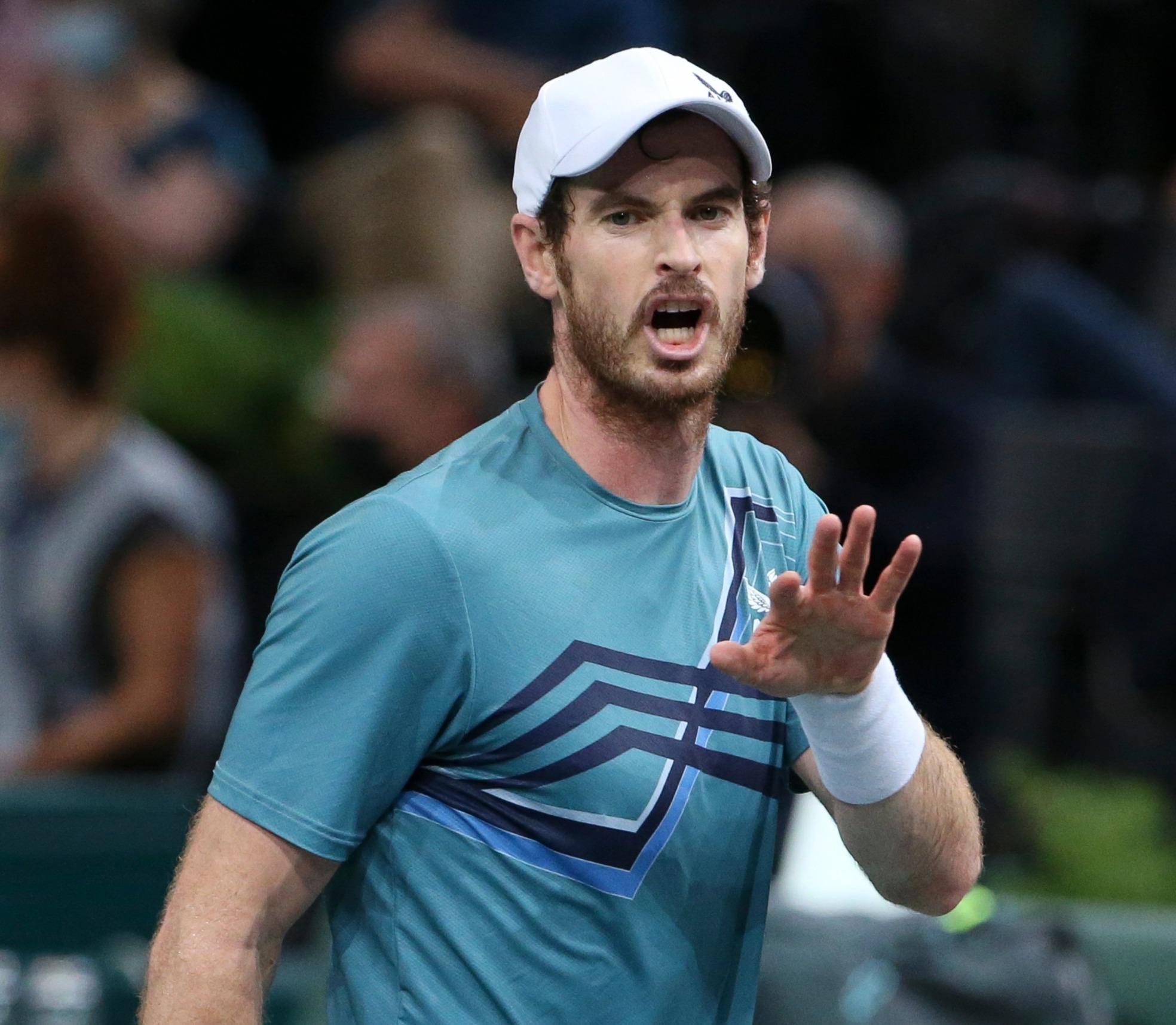 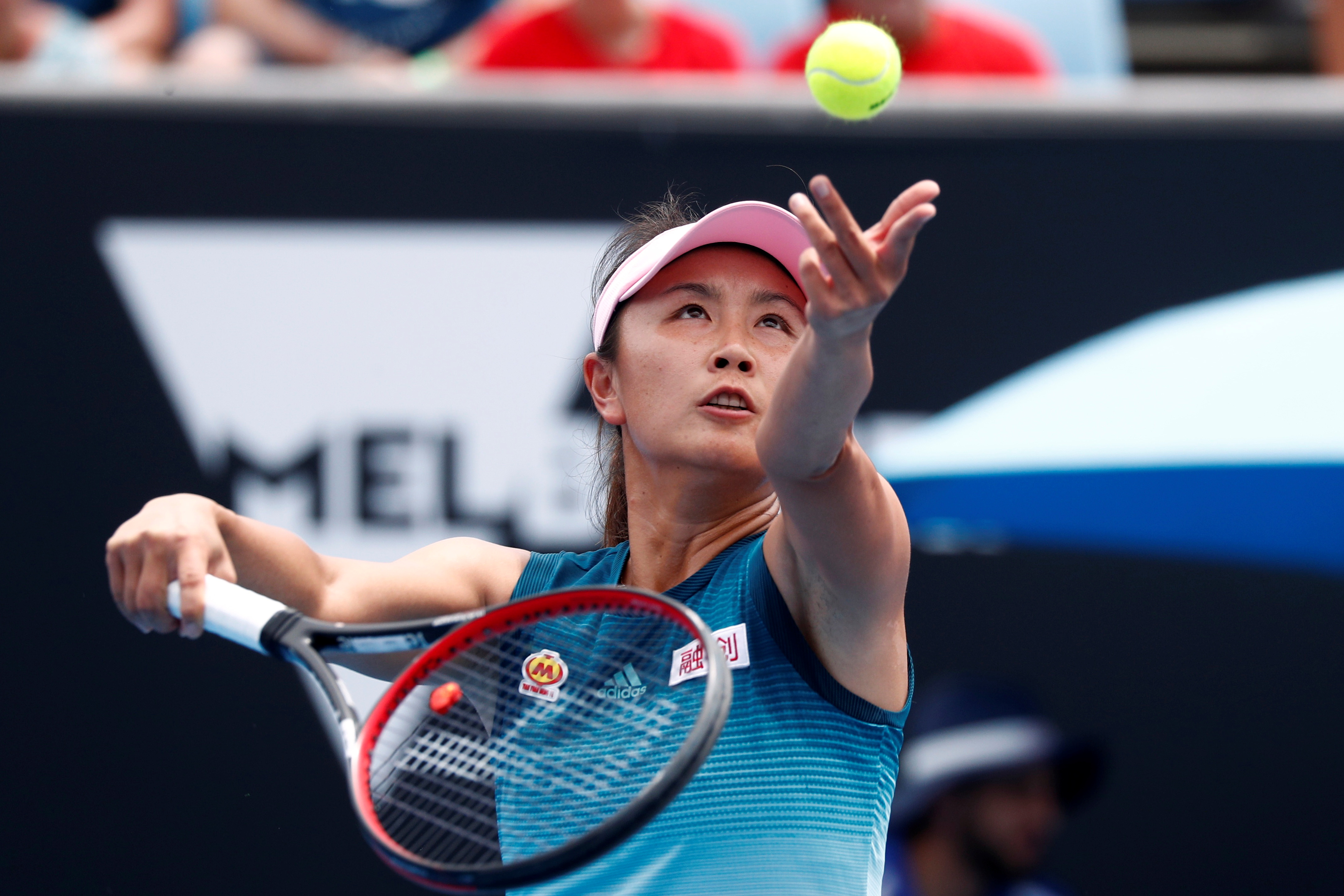 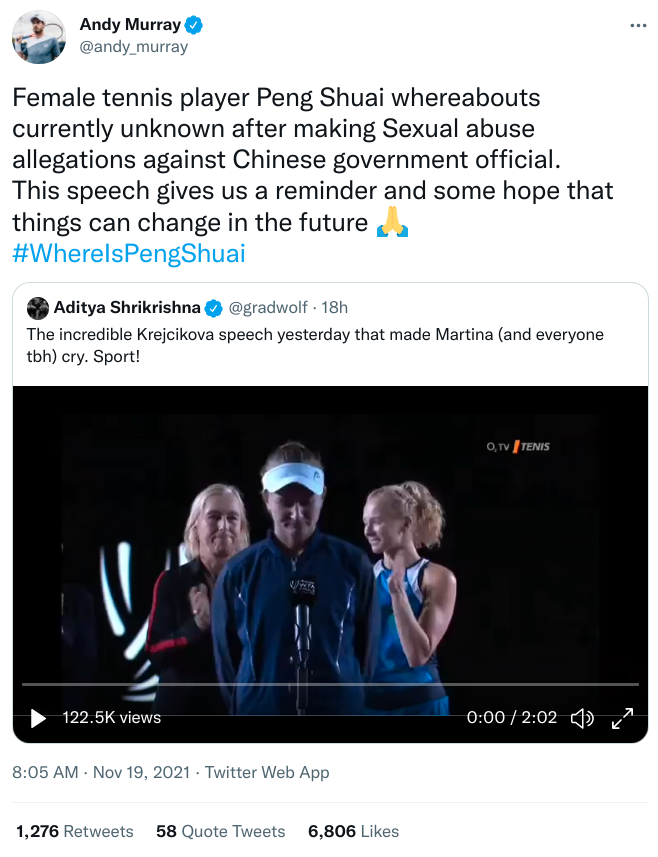 And with continuing, and growing, fears about her whereabouts, Murray took to Twitter to join the likes of Novak Djokovic, Naomi Osaka and Serena Williams in the global movement asking #WhereIsPengShuai.

The British hero, 34, shared Czech star Barbora Krejcikova's WTA Finals doubles winning speech, where she referenced freedom from an oppressive, communist regime in her homeland with the 1989 Velvet Revolution.

"This speech gives us a reminder and some hope that things can change in the future."

Czech ace Krejcikova capped off a stunning 2021 by winning the year-end doubles title alongside Katerina Siniakova.

That added to her Australian Open mixed doubles crown and the ladies' singles and doubles double at the French Open.

The world No5, 25, said: "Today is a really special day for the Czech Republic and also our Slovak friends. We call this day the Velvet Revolution.

"On November 17 1989, Czechs and Slovaks had been one nation. We had very brave Czechoslovakian students and citizens and they went outside to the streets and they had been demonstrating against the non-democratic regime we had then.

"Thanks to them and their sacrifice, my generation can live in a beautiful country back home and we can live without any restrictions and with freedom. So everybody understands what was happening back then.

"We have here Martina Navratilova who was forced to emigrate from Czechoslovakia because of the regime there.

"I'm really happy that regime is not there anymore and we can live in freedom.

"So just want to say that I want to thank everybody back home and I really appreciate what they did, how brave they were.

"They gave us the opportunity to live in freedom and I'm really proud to be from Czech Republic."

Navratilova defected from communist Czechoslovakia early in her career, becoming a US citizen in 1981.

The revolution liberated the country from communist rule and in 1993, the nation was dissolved, becoming the independent states of the Czech Republic and Slovakia.

Krejcikova's emotional speech came with poignant timing amid the backdrop of the disturbing story surrounding Shuai.

The star said 75-year-old Zhang forced her to have sex with him three years ago and they had extramarital relations seven years ago.

The post was removed from website Weibo and there had been no sign of Shuai until Wednesday when Chinese state media released an email addressed to WTA chairman and CEO Steve Simon, which they claim was written by Shuai herself.

The email said that her own allegations of sexual abuse against the official are not true, and that she is also not missing but just ‘resting at home’.

However, Simon questioned the authenticity of the email – with Amnesty International asking China to prove Shuai is safe.

Meanwhile, the WTA chief confirmed the organisation would reconsider taking the women's tennis tour to China in a bold stand, especially given the financial implications that could have.

Shuai won the Wimbledon ladies' doubles title in 2013 and 2014 French Open with Hsieh Su-wei and reached the world No1 ranking in 2014.

In singles, she reached the fourth round at the All England Club three times and the 2014 US Open semi-finals. 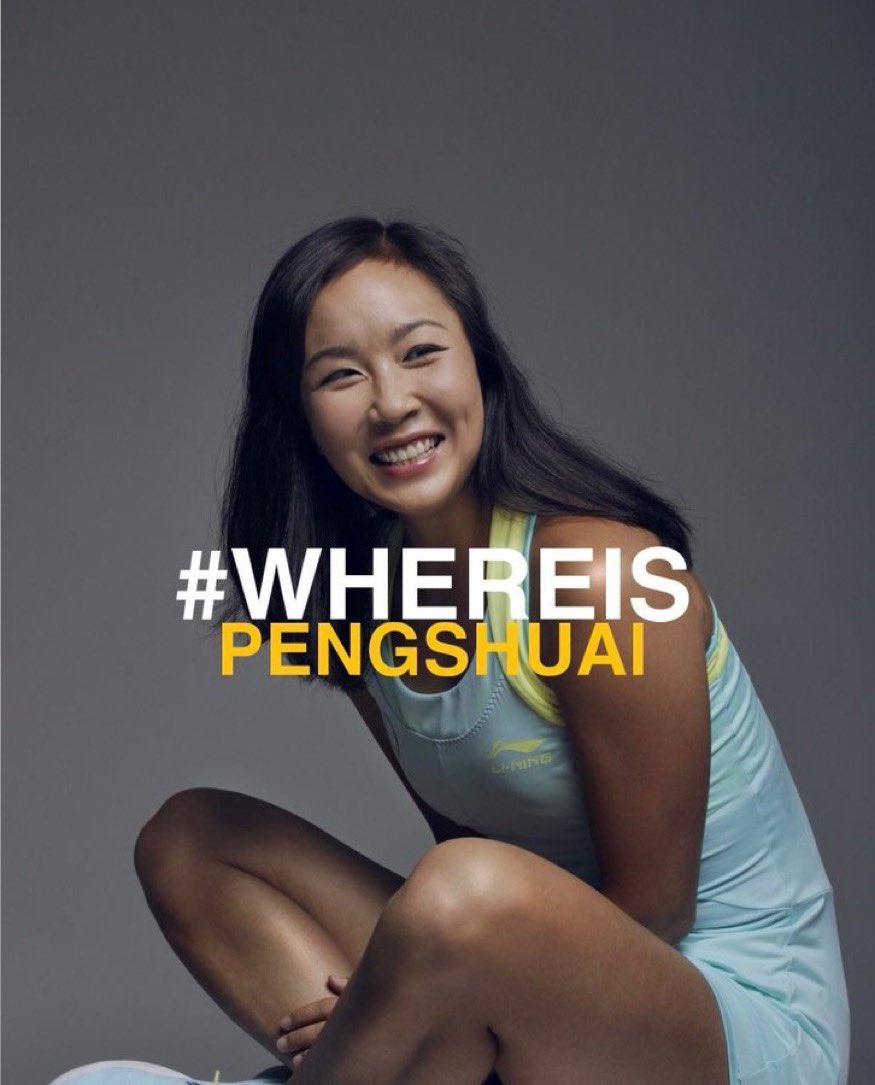 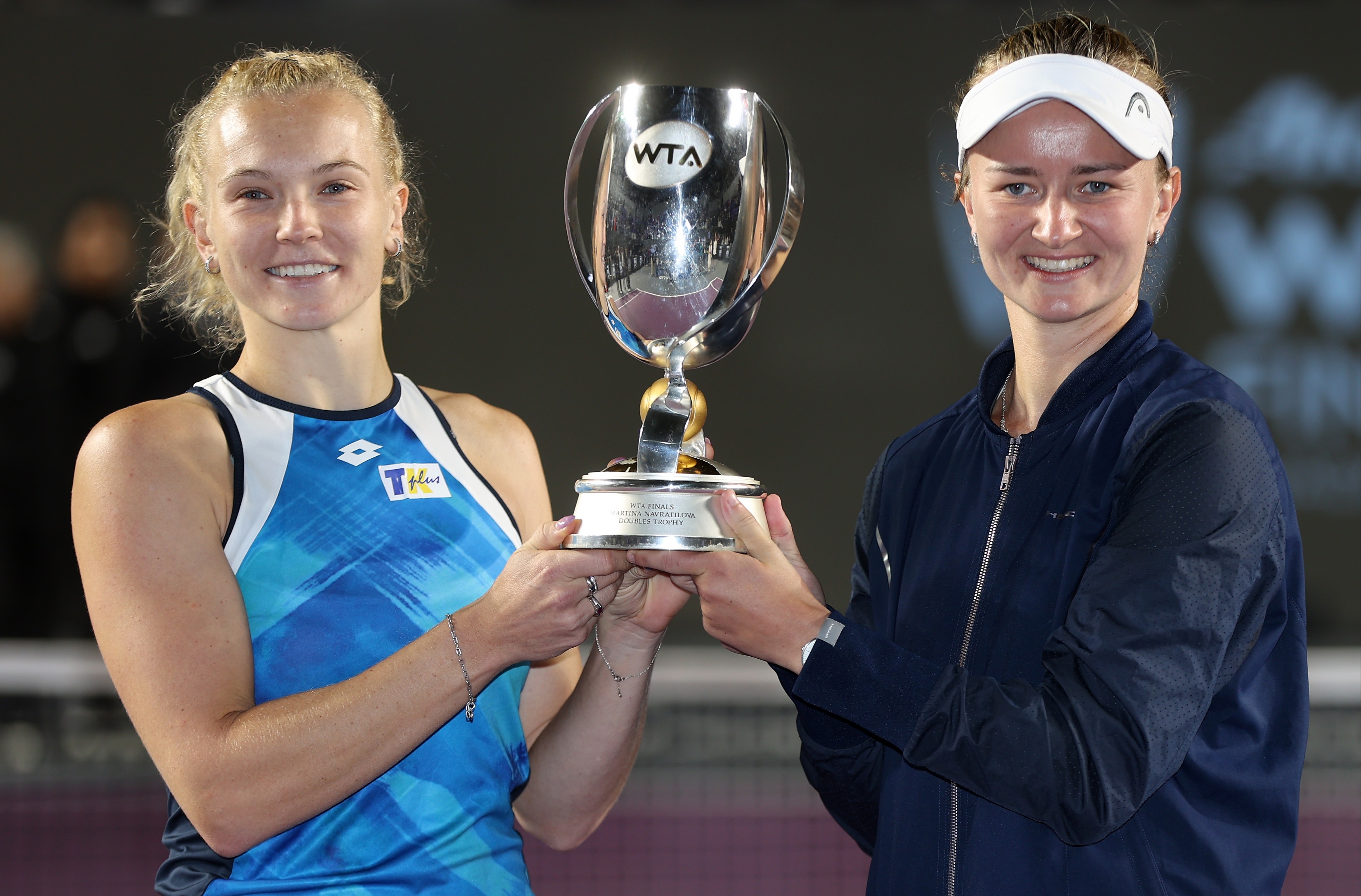