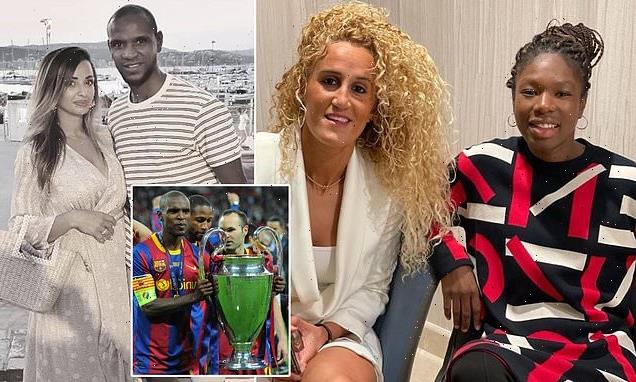 The 31-year-old Hamraoui was attacked on November 4. She was being driven home by PSG team-mate Aminata Diallo, 26, when two masked men stopped the car and beat her so badly with iron bars that she required stitches.

According to Le Monde on Monday, the attackers shouted ‘you like to sleep with married men’ during the incident.

Diallo was arrested last week on suspicion of hiring the men to attack Hamraoui, a midfielder who was her direct rival for a place in the PSG team. But now reports in France have emerged regarding Abidal’s alleged involvement. 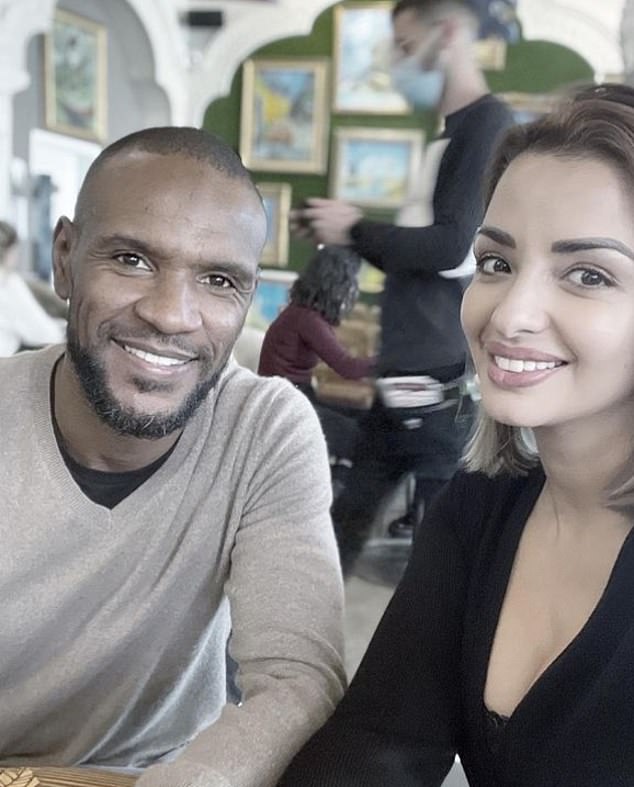 Eric Abidal, pictured with his wife Hayet, is reportedly set to be interviewed by police investigating the attack on Paris Saint-Germain women star Kheira Hamraoui

Kheira Hamraoui, 31, (left), was left needing stitches after a brutal assault on the night of November 4 – with team-mate Aminata Diallo, 26, (right) arrested in connection with it

Le Monde claim the attack might have had something to do with alleged relations between Hamraoui and Abidal.

Le Monde adds that the day after the attack Hamraoui called Abidal up and that investigators have since established that her phone is registered in Abidal’s name.

The 42-year-old Abidal has been married to his wife, Hayet Abidal, since 2003 and they have five children together. Le Monde say it is possible she could be called upon as a witness. Abidal’s lawyer was contacted and said: ‘I have spoken with him, but for now I won’t tell you anything at all.’

Abidal played 67 times for France as a player and was a runner-up for his country in the 2006 World Cup. At Barcelona, he won four LaLiga titles and two Champions Leagues between 2007 and 2013. 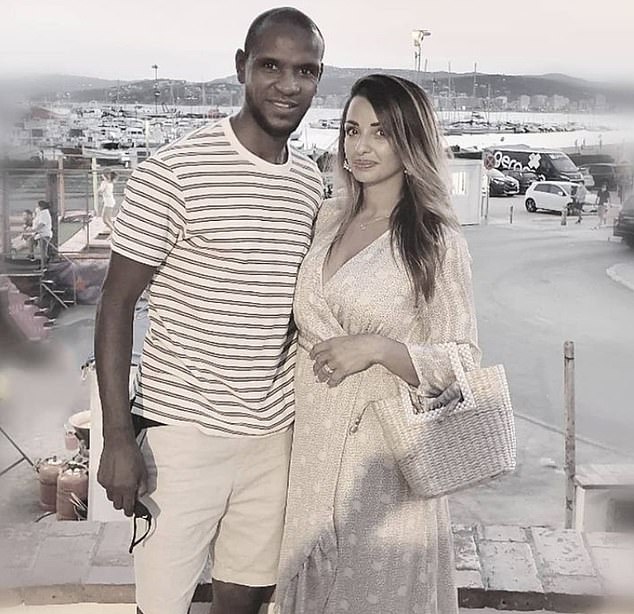 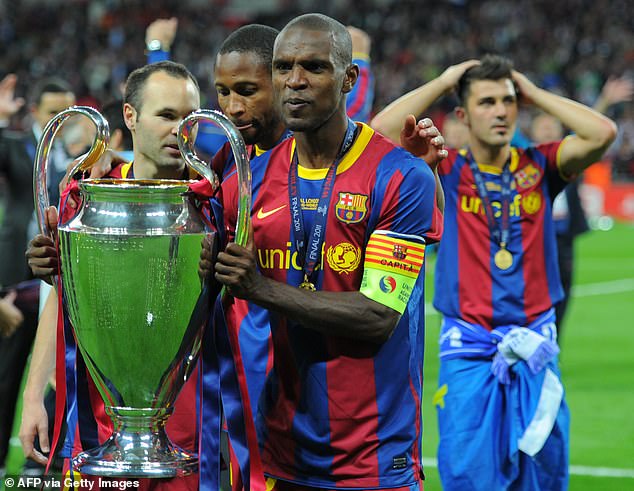 He also played for French clubs Monaco, Lille and Lyon across his playing career, as well as Greek side Olympiacos.

In 2011, Abidal was diagnosed with a liver tumour and a year later, had a live transplant.

Police were initially working on the theory that Diallo had plotted the attack on her team-mate to get her out of the PSG team.

According to L’Equipe, the players had been at a team meal and afterwards, Diallo offered to drive Hamraoui from the restaurant to her home in the Yvelines region, close to where her own property is located.

When the pair got close to Hamraoui’s home, two masked men stopped the car and beat her with iron bars.

The assault is thought to have lasted a few minutes, after which the men fled.

Diallo was ‘detained’ by the two men during the assault but did not suffer any injuries, a club source told AFP.

It is not clear exactly how the two men stopped the car, or how Diallo was ‘detained’.

Hamraoui was taken to hospital where she was given stitches in her legs and hands. 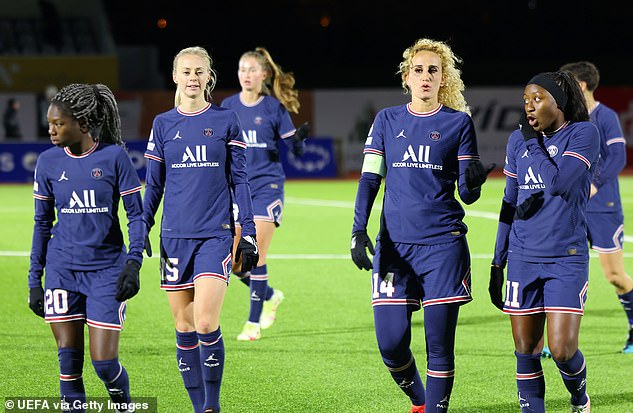 She was unable to take part in PSG’s Champions League game with Real Madrid on Tuesday, with the club saying at the time that she sat the match out for ‘personal reason’s. Diallo started the match instead.

PSG confirmed last week Diallo had been taken into custody. A club statement said: ‘Paris Saint-Germain takes note of the police custody this morning of Aminata Diallo by the Versailles DRPJ as part of the procedure opened following an assault on Thursday last night against club players.

‘Paris Saint-Germain strongly condemns the violence committed. Since Thursday evening November 4, the club has taken all the necessary measures to guarantee the health, well-being and safety of its players.

‘Paris Saint-Germain is working with the Versailles SRPJ to shed light on the facts. The club is attentive to the progress of the procedure and will study the follow-up to be given to it.’