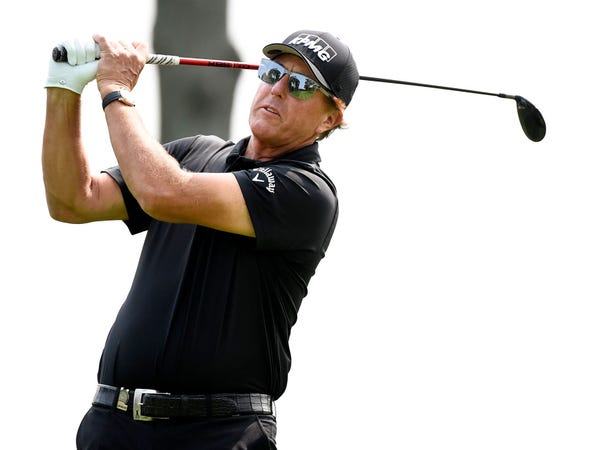 Phil Mickelson has won everything there is to win in golf except a U.S. Open.

This weekend at Winged Foot, one brave bettor has faith that it'll be Mickelson's time to shine, placing a $45,000 bet on the veteran golfer at 75/1 odds to complete his career grand slam. The bet will win $3.3 million if Mickelson comes through.

Mickelson is referencing the last time the U.S. Open was played at Winged Foot in 2006, when he had his most disastrous collapse from what looked like a sure victory.

Mickelson approached the 18th tee with the lead that Sunday, but double-bogeyed the final hole to give the win to Geoff Ogilvy.

This weekend, Mickelson has another chance to exorcise his past demons at the U.S. Open and become just the sixth man in history to win all four majors. If he does, he'd take home $2.25 million for winning the tournament, and put another $3.3 million in the pocket of one lucky bettor.