CRISTIANO RONALDO is back at Manchester United and back in the goals, scoring twice on his second debut for the club.

The Portuguese forward, 36, was clinical in front of goal in the 4-1 victory – but he did a lot more than just put the ball in the back of the net. 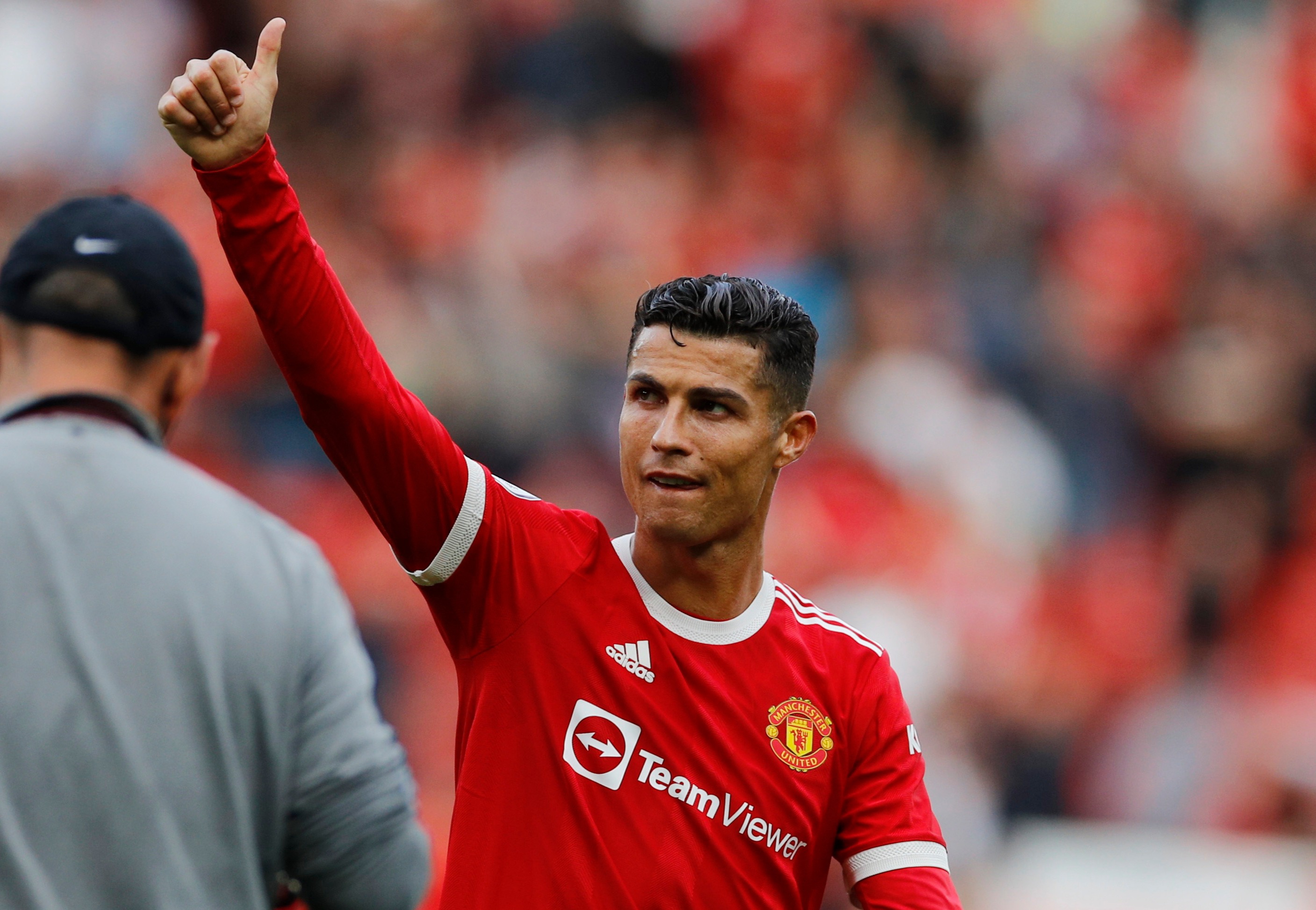 Ronaldo linked up well with his new team-mates and showed a considerable amount of pace, despite his advancing years.

Many predicted CR7 would offer nothing but goals this season – but his performance against the Magpies has debunked that theory.

Ronaldo has broken the record for the longest gap between Prem appearances, with his last game coming against Arsenal in May 2009.

He had only EIGHT touches in Newcastle's box during his 90 minutes on the pitch – and 63 in total – but still managed to score twice.

The Portugal captain needed just six shots to score his brace, with both his efforts on target finding the back of the net.

Ronaldo is now 44th on the all-time Premier League leading goalscorers list with 86 – and is expected to score his 100th this season.

His first goal against Newcastle was his 30th in 2021, meaning he's the only player to score more than 30 goals in 15 consecutive calendar years.

Ronaldo reached a top speed of 20.2mph while running through on goal for his second strike – remarkable for a player of his age. 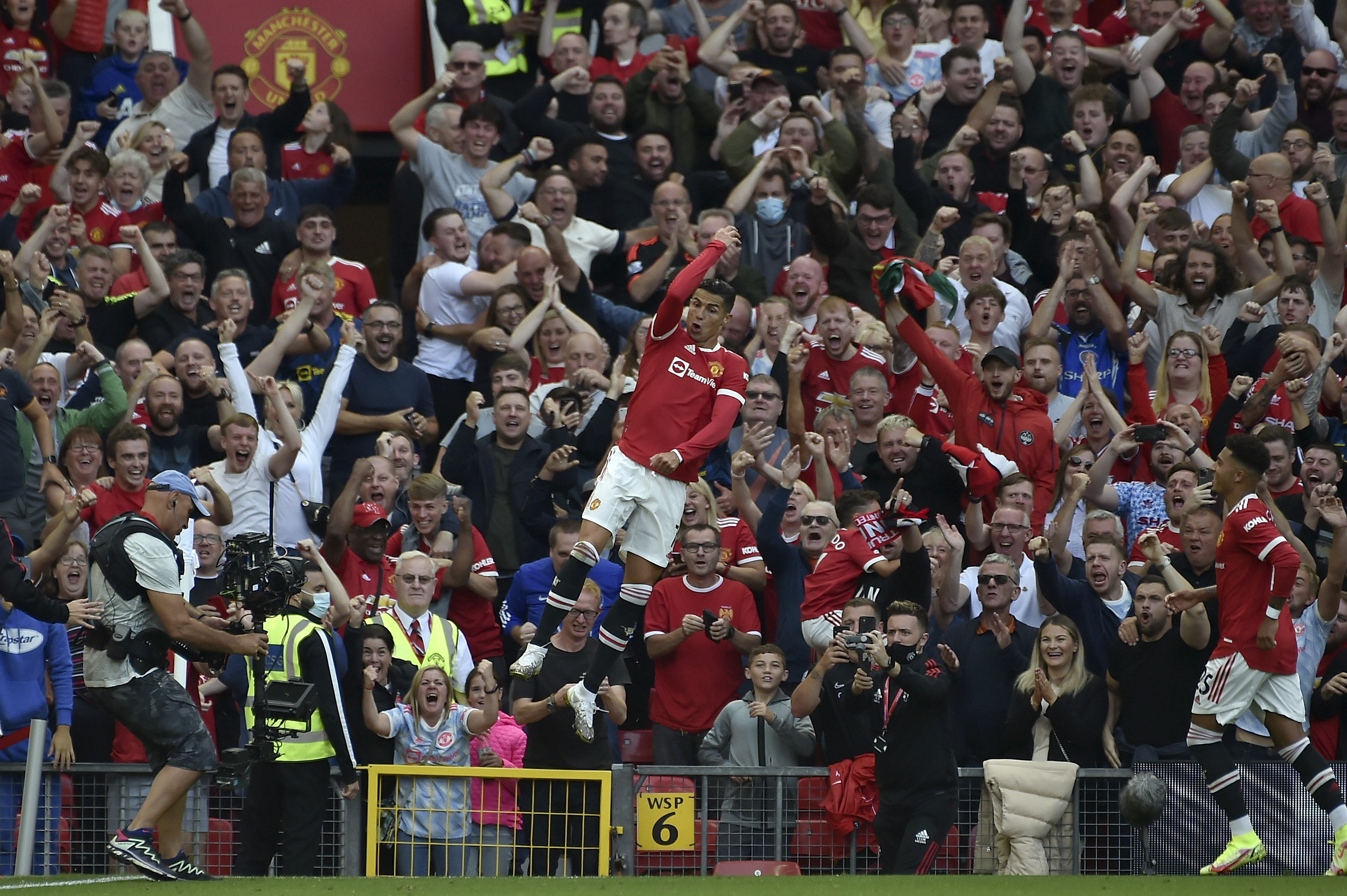 The forward's pass accuracy was an impressive 86.7 per cent after completing 17 passes in the final third and creating one chance.

Only two players – former Man Utd stars Ryan Giggs and Paul Scholes – have scored in the Prem at an older age than Ronaldo.

The Portugal skipper now has 200 braces in his career – equalling Lionel Messi's record.

Ronaldo's double against Newcastle means he has more Prem goals this season than Arsenal (one) and Norwich (one). 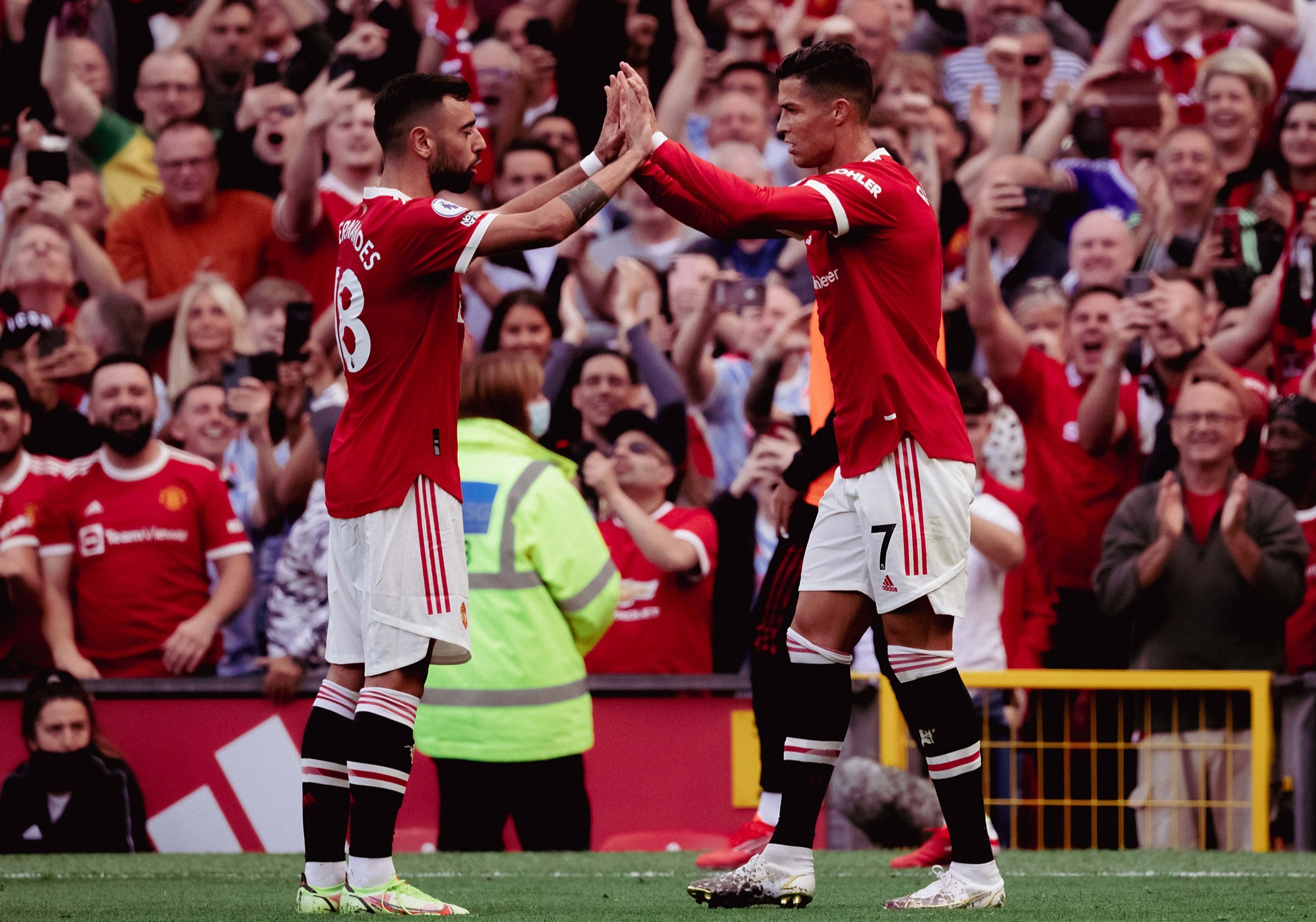 GIVE IT TO ME

And he received ten passes each from Pogba, Fernandes and Nemanja Matic.

Ronaldo is the first Man Utd No7 to hit a Prem brace at Old Trafford since he did in April 2009.