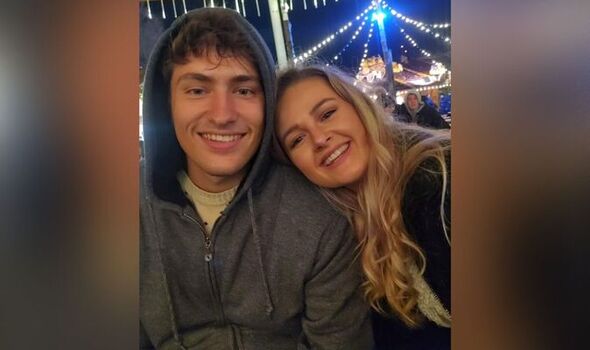 Clodagh O’Sullivan, 22, began messaging Brady Elliot, 25, on the dating app after their bizarre match at the terminal. Brady was at the airport to catch a flight home from the UK to Hawaii, US but, after hours of chatting on Tinder and video calls, Clodagh and Brady “felt a connection”.

Clodagh, a bartender, flew the 7,000 miles to meet Brady and go on a first date in November 2019 and the couple have since fallen in love and become parents to little Jamie Elliot, who’s now 13 months old.

Brady was stationed in Hawaii as a navy marine medic.

The couple said it was “love at first sight” when they first lay eyes on each other, and Clodagh returned to spend Christmas and New Year with his family, where he is from, in Florida, US.

They made things official during a trip to Jamaica and the US in October 2020 – where Clodagh fell pregnant.

Brady moved to Northern Ireland in December 2020, and the couple welcomed their son, Jamie Elliot, on July 23, 2021.

Clodagh said: “Never in a million years did I think I would fall in love and start a family after accepting that Tinder message. I nearly talked myself out of going to meet him.

“For all I knew, he was some 80-year-old man catfishing me. But I’m so glad I booked the flight and took the punt. As soon as we met, I knew he was the one.”

When Brady, who was on holiday in Northern Ireland, booked a daytrip to Cliffs of Moore in Dingle.

Shortly after leaving the cliffs, Brady opened his app and started swiping while sat in the airport, waiting for his flight home.

Despite matching with one another, they did not have the chance to meet before Brady, a musician, flew back to Hawaii for work. 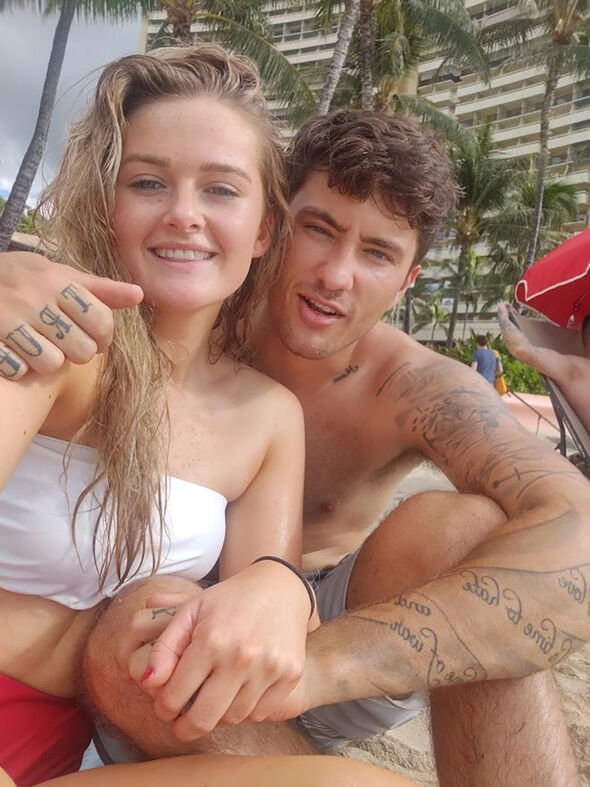 Clodagh said: “Brady was on a day trip to Cliffs of Moher, Dingle, so our apps must have been in proximity for about hour when we matched. It’s really lucky we crossed paths.

“I couldn’t really see his photos on Tinder so I wasn’t that interested, but he then sent me a funny meme from the Office and it made me laugh.

“He was about to fly so couldn’t meet in person, but asked to add me on Instagram, and we started sending messages and speaking.

“To be honest, I didn’t expect anything to really come from it.”

The pair started chatting daily and spent hours on FaceTime getting to know each other.

Clodagh even spoke to Brady’s friends and family, and she quickly fell in love with him.

A few months later, in November 2019, Brady plucked up the courage to invite her over to visit him – 7,000 miles away in Hawaii.

It would be the first time they had met face-to-face and despite being cautious, Clodagh booked a ticket and hopped on a plane.

She said: “Even though we had spoken on FaceTime, I was still very unsure. But I spoke to his friends and family which helped put me at ease.

“I was so nervous on the flight thinking: ‘What am I doing here? It’s really not like me to do something so spontaneous.

“I did worry I wouldn’t feel the same when we met in person, but I definitely felt a spark straight away.” 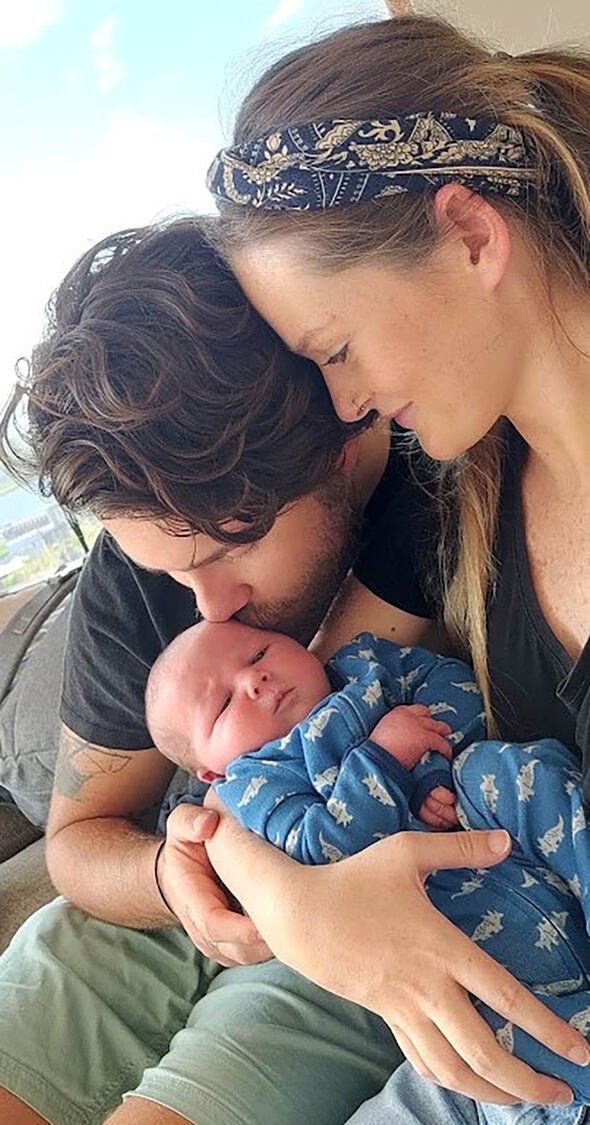 Clodagh planned to spend seven days with Brady but ended up extending her trip by an extra week.

She even flew back across to spend Christmas and New Year with his family in Florida, US, in December 2019.

Despite Covid scuppering some travel plans, the couple managed to visit each other back and forth over the next couple of years.

Brady moved to Dingle when they found out she was expecting in October 2021, and have since settled in the country together, and hope to tie the knot in the future.

“We didn’t plan to have a baby, but it was the best surprise,” she said. “Since Jamie was born, Brady has moved to Dingle, and we’ve got a house together.

“I never thought anything like this would ever happen. But things felt right with Brady, and I had to follow my heart.”

Brady said: “We matched on the last day of my vacation, and I thought she was gorgeous. I was pretty obsessed with her from the get-go.

“Even though it seemed a bit silly to keep texting someone two oceans away.

“I asked the universe for a sign and then ‘Nancy Mulligan’ came on by Ed Sheeran, and I knew for sure it was meant to be.

“I kept asking her to visit me in Hawaii because I knew she was something insanely special. We kept talking for months and call nonstop and finally got her a ticket.

“Meeting her at the airport was the most nerve-racking day of my life.

“I knew Clodagh was the one right there in that airport and our first few weeks together felt like we had known each other through a thousand lifetimes.

“Living in Ireland is amazing – I never would have imagined living in a different country.

“But living here with her and our little baby boy is the most surreal thing I will ever experience, and I love every second of it.”