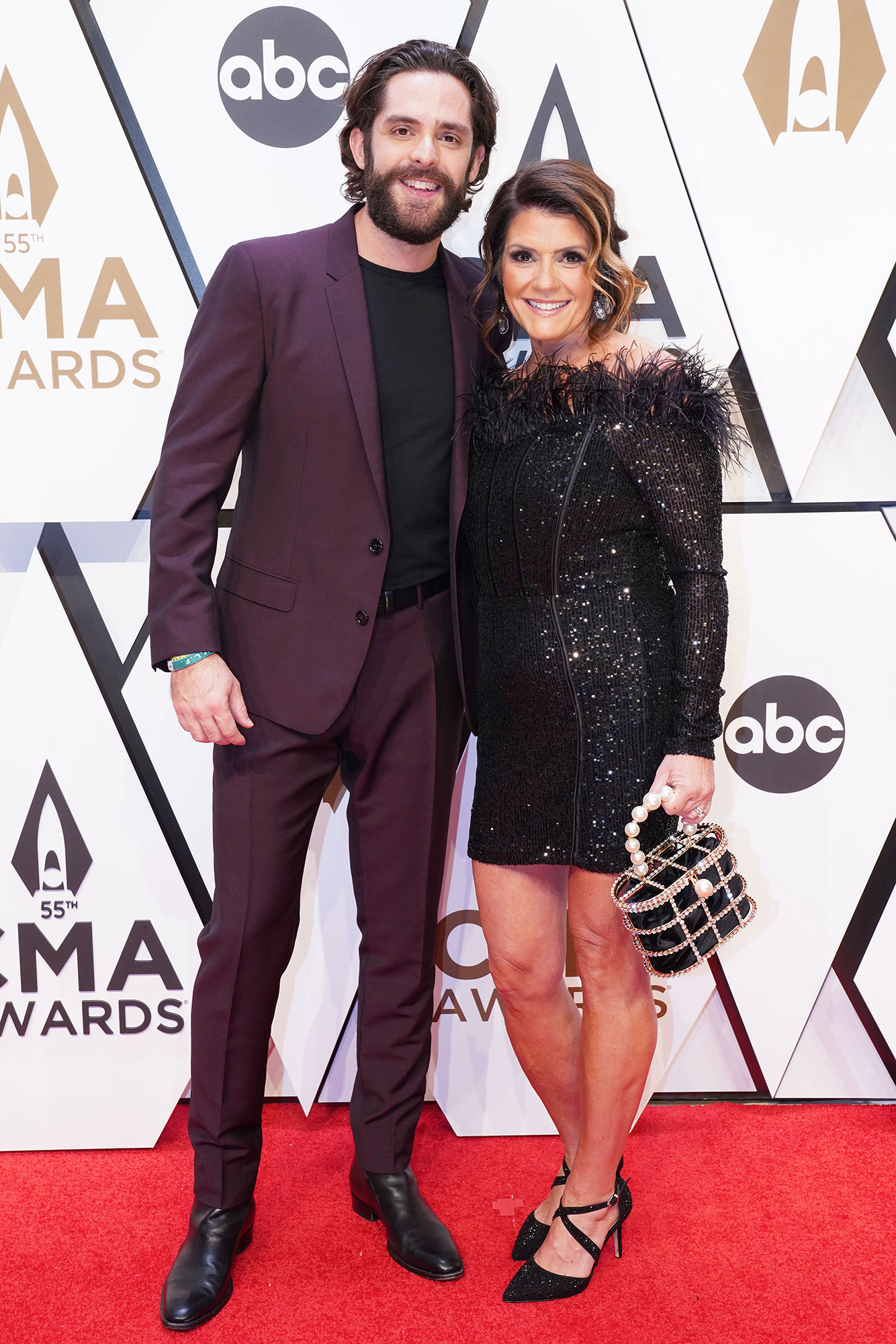 See What the Stars Wore on the 2021 CMAs Red Carpet

“My beautiful date tonight! MOM!! #CMAawards,” Rhett captioned a snap with his mother via Instagram.

The singer was on hand to perform “Country Again” as Lauren prepared to give birth to their fourth child.

In May, the “Make Me Wanna” singer, 31, and his spouse, 32, announced that they were expecting their fourth child, another little girl. The couple also share daughters Willa, 6, Ada, 4, and Lennon, 21 months.

“Well… we are pregnant again!” the Grammy nominee wrote via Instagram after breaking the news at a concert in Texas. “Tonight when I was on stage in Fort Worth about to play ‘to the guys that date my girls’ my wife talked to me in my (ear monitors) and said ‘you can tell them if you want’ so anyways, now you know. We are pumped to be having our 4th girl. Feel free to buy all the merch you want, knowing that all the proceeds are going straight to all these weddings I’ll be paying for one day!”

Earlier this month, the country superstar said during an Instagram Q&A session that he and Akins haven’t ruled out having more children in the future. When one follower asked if the duo are planning on having any more kids, Rhett replied, “Probably! Haha.”

The “Slow Down Summer” was only nominated for one award at Wednesday’s ceremony, but it was a big one: Male Vocalist of the Year. Luke Combs, Chris Stapleton, Dierks Bentley and Eric Church rounded out the category, with the trophy going to TKTKTK WINNER.

Rhett has previously won two CMA Awards, taking home the prize for Song of the Year in 2016 and Music Video of the Year in 2018 for “Die a Happy Man” and “Marry Me,” respectively. His next album, Where We Started, is due out in early 2022.

Thomas Rhett and Lauren Akins: A Timeline of Their Relationship

Speaking about Country Again in April, Rhett said that his family played a huge role in helping him finish the album. “I think my wife, my kids and my immediate family are my greatest assets when it comes to picking songs,” he told E! News. “Family is the one who is going to tell you if the song sucks or not. In a roundabout way, my family was the one who picked the majority of these songs on this record.”