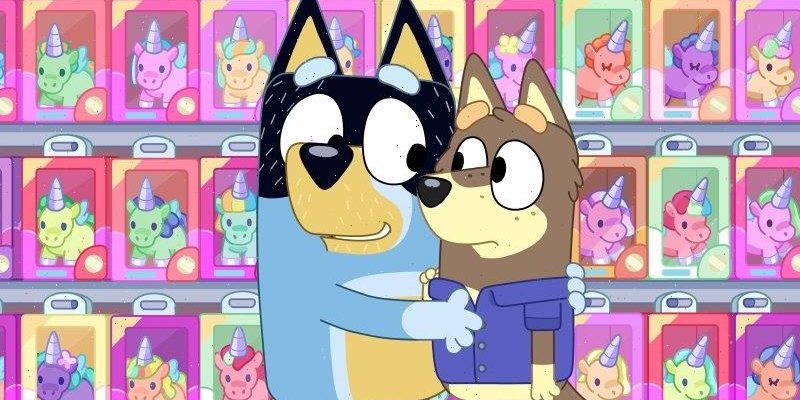 Australia’s favourite TV pooch hasn’t put a paw wrong since bounding onto our screens (and into our hearts) three years ago. But this week, Bluey found herself at the centre of a dog fight.

If this chat about Bluey isn’t limited to “How great is Bluey?” I don’t want to be involved. You may need to sit down for this one. 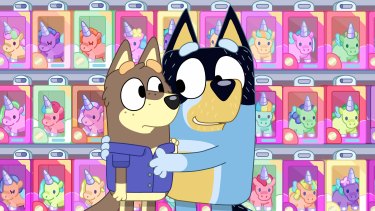 Australian hit show Bluey has fans worldwide, but does it have a diversity problem?Credit:AP

Urgh. What’s the issue? Bluey has gone to the dogs.

I’m going to need more than a half-baked pun. Sorry, that was lazy. Bluey has been accused of not being diverse enough.

Are you trolling me? No. Earlier this week, in an article for the ABC, journalist Beverly Wang posed the question: can Bluey be more representative? By way of explanation, Wang wrote, “As a parent of colour, I am always conscious of the presence – or absence – of diverse representation in kids’ pop culture.” Wang went on to ask, “Where are the disabled, queer, poor, gender diverse, dogs of colour and single-parent dog families in Bluey’s Brisbane?”

But she’s just a dog! And Pepe Le Pew is just a skunk, but they cancelled him.

Good point. Though can’t we simply enjoy Bluey for what it is: a delightful kids show about a family of Blue Heelers? Sure we can, but the reason Bluey has been so widely embraced (not to mention the top rating show on ABC iView) is that, for the most part, it offers an accurate reflection of contemporary Australian family life. According to show creator, Joe Brumm, Bluey is supposed to look and feel like the here and now. “I wanted to get an Australian feel that wasn’t the outback and kangaroos and koalas,” said Brumm in an interview with The Father Hood. “What I wanted was suburban Australia.”

Hmm, I guess you’re onto something. What’s the response online been? Oh, you know, same as usual. Totally measured and not even slightly irrational…

How many PC GONE MAD tweets? So many. Because Bluey is universally loved, the article has really polarised people. Some see it as proof that cancel culture has gone too far, while others have praised Wang for demanding more from our most popular kids show. Seems everyone has a dog in the fight.

You must stop with the puns. I won’t.

Like a dog with a bone. Hey! Only I may pun. Anyway, on a lighter note, the article has triggered some half-hearted investigation into just how accurate Bluey is.

Go on. Well, if we’re going to hold Bluey to such an uncompromising commitment to portraying real life, then perhaps we should examine how the family can afford an enormous heritage Queenslander in the trendy Brisbane suburb of Red Hill, where the median house price is $947,500!

Can’t argue with that. Bluey’s dad must be a banker. There’s the problem, Bandit is an archaeologist, and Bluey’s mum Chilli works part-time at the airport. Take into account the impact of COVID on the travel industry, and it doesn’t sound very realistic.

Is this the first time Bluey has been called out? Not exactly. Last year two episodes – Teasing and Flat Pack – were temporarily pulled from ABC iView after a viewer complained about the use of the term ‘ooga booga,’ which has racial connotations. And in 2019, the website Women’s Agenda accused the show of mother-shaming after some promotional material described Bluey’s mum, Chilli, as “falling a bit short of what her other mother friends can pull off” on account of returning to work a few days a week.

Has anyone from the Bluey camp commented on this latest situation? Not yet. Both creator Joe Brumm and producer Daley Pearson have remained quiet, as has Brisbane-based production company Ludo Studio.