We’ll just have to watch what happens with Andy Cohen and Sarah Jessica Parker at this year’s Met Gala.

Relive the Wildest Met Gala Looks of All Time

The 53-year-old Bravo mastermind and 56-year-old actress aren’t just the best of friends, they’re also traditionally each other’s go-to date for the Met Gala, which typically falls on the first Monday in May.

But fans won’t have the chance to see the duo’s color coordinated and over the top outfits for the 2021 event, which is set to take place on September 13.

“I’m taking a year off,” Cohen said during a Tuesday, August 10, interview with Access Hollywood when asked about his plans for fashion’s biggest night. “My date is filming this year. She’s filming ‘And Just Like That’…”

The Watch What Happens Live With Andy Cohen host and the Sex and the City star have made a habit of attending the Met Gala by each other’s sides, showing up in stylish ensembles to the 2011, 2014, 2015, 2016 and 2018 red carpets arm in arm. 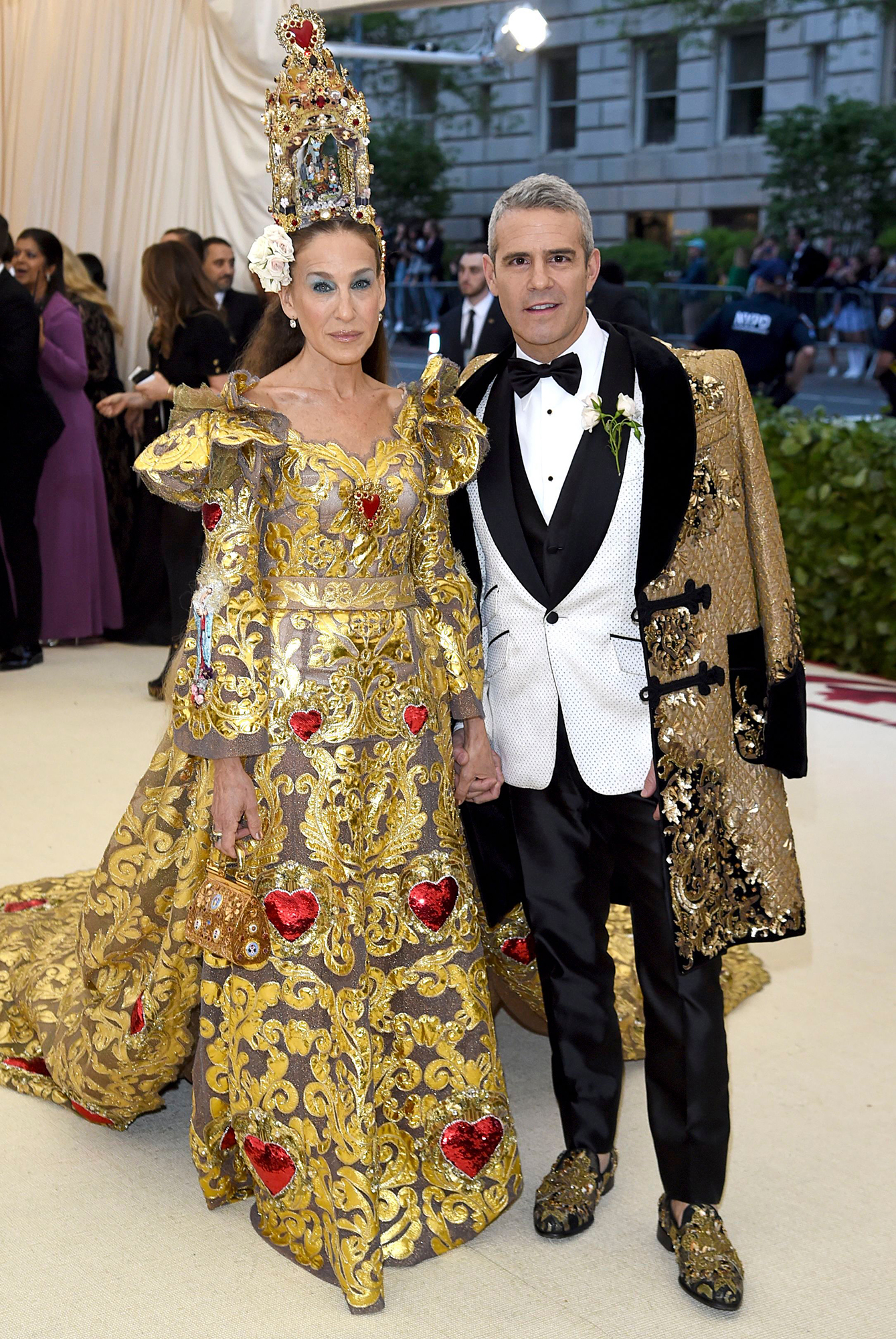 And even thought the 2020 shebang was cancelled due to the COVID-19 pandemic, Cohen and Parker still found a way to celebrate in style.

“We’re ready! #METGALA,” the father of one captioned an Instagram selfie of the pair on the first Monday in May. In the photo, Cohen and Parker are hanging out outside, wearing face masks and casual clothes.

That said, this year’s event is sure to take a couture turn — and some stars are already scheduled to be in attendance.

In May, Timothee Chalamet, Amanda Gorman, Billie Eilish and Naomi Osaka were announced as the hosts of the event. They will be alongside some of fashion’s biggest names, such as Ana Wintour, the chief content officer and global editorial director of Vogue, Adam Mosseri, the head of Instagram, and American fashion designer Tom Ford.

The announcement was made on the first Monday in May, a surefire way to make up for the fact that the 2021 event had to be postponed to the fall due to the pandemic.

This year, the gala will shine a light on American fashion and designers though two separate events. The first, In America: A Lexicon of Fashion, hill open in September, and the second, In America: An Anthology of Fashion, will debut in May 2022.

“Fashion is both a harbinger of cultural shifts and a record of the forces, beliefs and events that shape our lives,” Max Hollein, the Marina Kellen French Director of The Met said in a press release shared with Stylish. “This two-part exhibition will consider how fashion reflects evolving notions of identity in America and will explore a multitude of perspectives through presentations that speak to some of the complexities of history with powerful immediacy.”