All grown up! Ricky Martin and Jwan Yosef’s son Matteo joined his pop star father for a music video shoot — and the teenager was unrecognizable in the rare snap.

“Look who decided to accompany me to the filming of my new video,” Martin, 50, captioned the post, as translated from Spanish to English, of his 13-year-old giving a thumbs-up from a director’s chair on set. The “Livin La Vida Loca” singer doesn’t often share photos of the children he shares with husband Yosef, 37, but the behind-the-scenes shot gave fans a glimpse of their sweet bond. 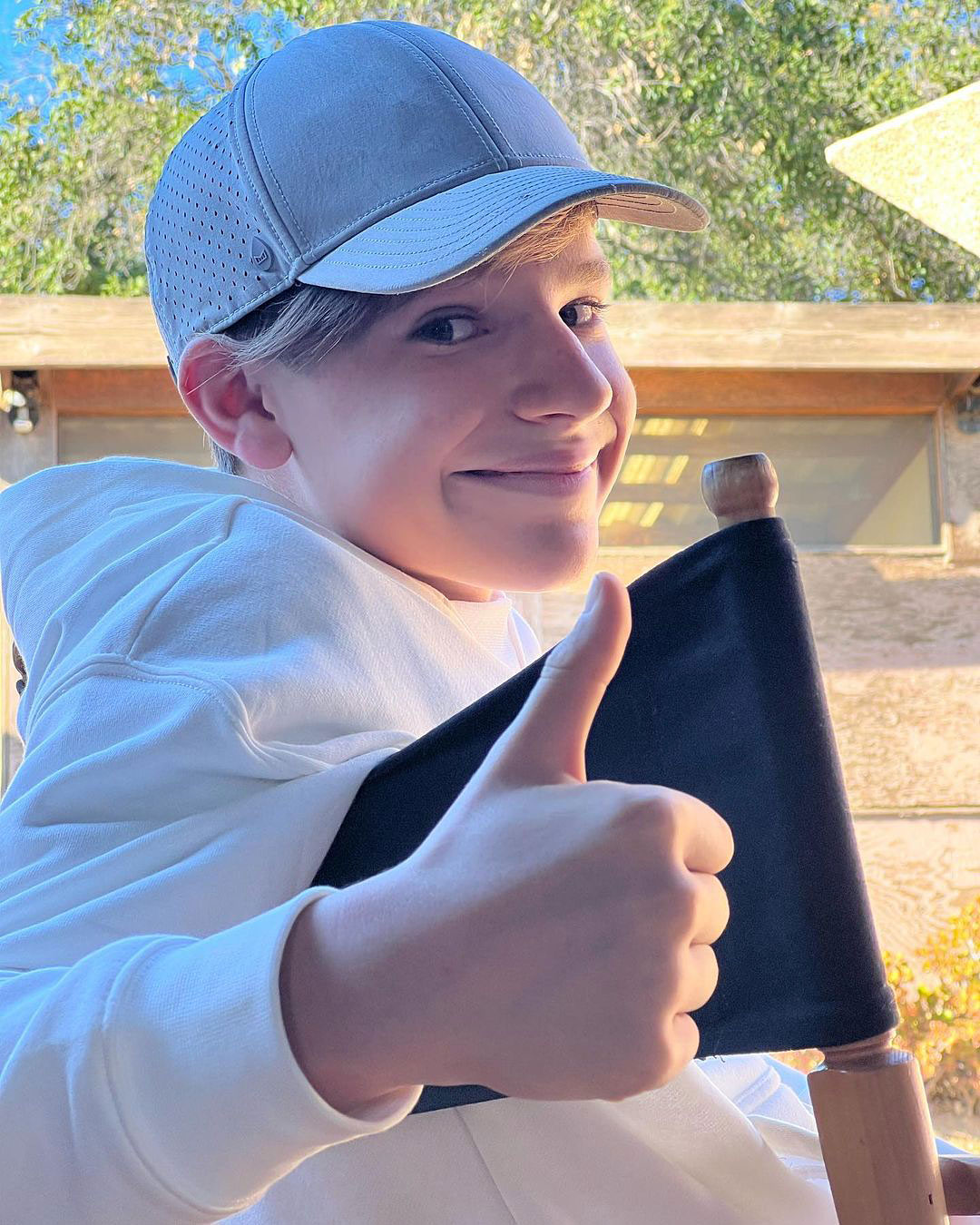 Martin and Yosef share four kids — twins Matteo and Valentino, 13, daughter Lucia, 3, and son Renn, 2. Although they keep their family life relatively low-key, Martin has still shared some details here and there about his beloved brood.

Speaking with Ellen DeGeneres on her eponymous talk show last summer, the Puerto Rico native noted that their daughter effectively “runs the house,” despite her young age.

The “La Mordidita” crooner noted that his three boys “don’t have issues” with his singing or his career as a musician. “Actually, the big ones are telling me, ‘Come on, Dad. When are we going on the road? When are we gonna do this?’” he said on The Ellen DeGeneres Show. “They’re really looking forward to it.”

After having their twin boys, Martin and his husband — who tied the knot in 2017 — welcomed baby girl Lucia in December 2018. The Grammy winner waited a whole year to share the first photo of the little one via Instagram.

“La luz de mis ojos,” he captioned a December 2019 shot, calling the toddler the light of his eyes. “Mi bebita.”

Their fourth child, Renn, arrived in October 2019, as the proud parents announced in a sweet photo two months later. “Mi #babyRenn,” the Me author captioned a black-and-white photo of the adorable baby.

During an interview with Entertainment Tonight in November 2020, the “She Bangs” singer gushed about how “lucky” he and the Swedish painter were to have a family. “[Matteo and Valentino] are really cool kids,” he shared at the time. “They’re doing really good in school considering what we’re dealing with, and they have a beautiful little sister and a little brother, and they own that role of the protective older brothers. So, it’s very beautiful. I’m very, very proud of them.”

He continued: “Some people think I’m crazy, but I love a big family and I have a couple of embryos waiting for me. I don’t know. That’s all I got to say. Jwan is going crazy at the moment, but it’s OK, don’t tell him.”