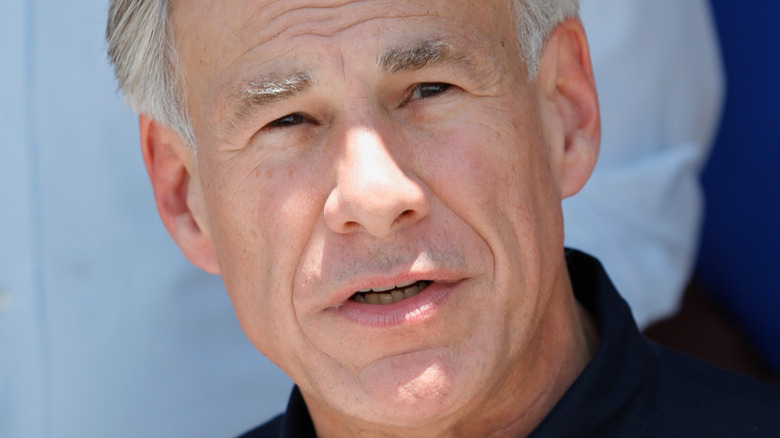 To both supporters and critics, Texas’ Senate Bill 8 is known as the “heartbeat bill,” which bans abortions any time after two weeks after a missed period. It’s a time that, as The Texas Tribune points out, many women don’t know they are pregnant. According to the Whole Woman’s Health Alliance, an estimated 85% of women are at least that far along before they terminate their pregnancies.

The bill was signed into law on May 19 of this year by Texas Gov. Greg Abbott. Two months later, pro-choice advocates began looking for legal options to try and keep the Texas state government from enacting what is seen as the strictest abortion measure in the country to date. Without a last-minute stay from the U.S. Supreme Court, the law was meant to take effect on September 1. The Supreme Court refused to block the law by a vote of 5 to 4, and with that, the measure came into effect (via The New York Times). 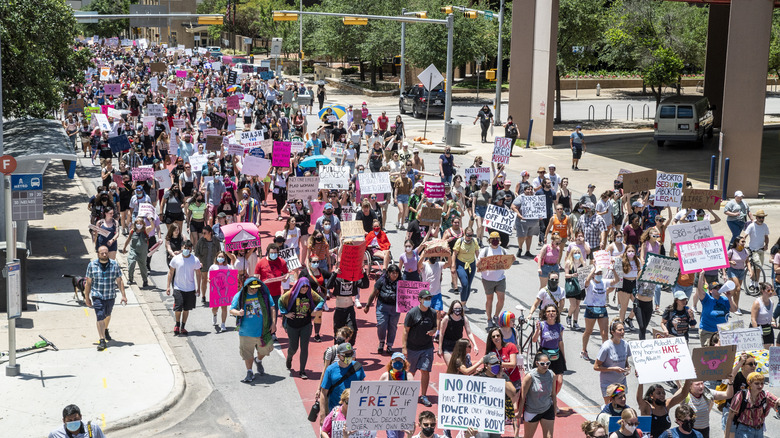 Under the legislation, private citizens will be allowed to file lawsuits not just against abortion providers, but also against anyone who offers any form of assistance to those seeking to end their pregnancies (via The New Republic). Those who can file suits do not have to be from Texas, nor do they have to be connected to the woman seeking to terminate a pregnancy in any way. While the patient herself might not be exposed to legal action, The New York Times notes that everyone from doctors, to those who staff abortion clinics, counselors, and even a driver can be considered defendants in a civil suit.

Anyone who wins a lawsuit could receive $10,000 in damages. Due to potential monetary reward, this could encourage anti-abortion bounty hunters. Even if the accused party wins their case, they cannot recoup their legal expenses. As the Center for Reproductive Rights’ senior counsel Marc Hearron points out to the The Texas Tribune, “It allows complete strangers, anti-abortion activists, to sue and interfere with the patient’s decision. Those people may try to essentially hijack the courts for their ideological agenda.” 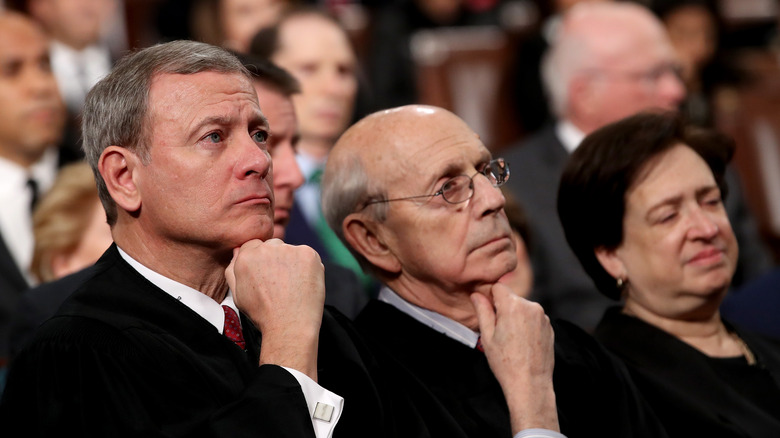 Of the nine U.S. Supreme Court Justices, Clarence Thomas, Samuel Alito, Neil Gorsuch, Brett Kavanaugh, and Amy Coney Barrett pointed out that petitioners calling for an emergency stay were not able to make their case, and emphasized that the order “is not based on any conclusion about the constitutionality of Texas law, and in no way limits other procedurally proper challenges to the Texas law, including in Texas state courts” (via Supreme Court). The New York Times reports that “the majority opinion was unsigned and consisted of a single long paragraph.”

On the other hand, all four dissenting Supreme Court Justices gave individual opinions. Chief Justice John Roberts, who called the scheme “unusual” and “unprecedented,” said that he would have blocked the law while it was going through the appeals process. Justice Elena Kagan logged her dissent on the basis of procedure — that the Court had rushed a decision without a full briefing or without hearing any arguments (via The New York Times).

In his own written dissent, Justice Stephen Breyer also questioned the constitutionality of the law, which goes against a woman’s right to choose on the basis of Roe v. Wade, and he supported Chief Justice Robert’s view that the law should be blocked until arguments on both sides were heard (via Supreme Court).