Amid reports of a heated feud between Florence Pugh and Olivia Wilde on the set of Don’t Worry Darling, the film’s production company is standing behind the project.

“We are so proud of the work that Olivia Wilde has done making this incredibly beautiful and entertaining film and look forward to collaborating with her again,” Warner Bros. co-CEOs Michael De Luca and Pam Abdy told E! News in a Friday, September 23, statement, denying rumors of a fight. “The studio is very grateful and appreciative of the tireless support by Olivia in bringing her vision to life from production through release.”

Hours earlier, Vulture reported that the Don’t Worry Darling director, 38, and Pugh, 26, had gotten into a “screaming match” on set after the England native was reportedly upset by Wilde’s allegedly frequent absences.

Everything to Know About Olivia Wilde’s ‘Don’t Worry Darling’

“Any suggestion of conflict between the studio and Olivia is simply not true,” De Luca and Abdy added in their Friday statement.

While neither Wilde nor Pugh have publicly addressed Vulture’s allegations, their tense working relationship has made headlines leading up to the film’s premiere, which debuted in theaters on Friday.

“Florence and Olivia have had several disagreements personally and professionally, that’s why Florence isn’t doing any press for the movie,” a source exclusively told Us Weekly last month after reports speculated that the Little Woman star had been upset she was paid significantly less than costar Harry Styles.

“There has been a lot out there that I largely don’t pay attention to,” Wilde, who began dating the 28-year-old former One Direction singer after connecting on the movie set, told Variety in an August profile. “But the absurdity of invented clickbait and subsequent reaction regarding a nonexistent pay disparity between our lead and supporting actors really upset me.”

She continued: “I’m a woman who has been in this business for over 20 years, and it’s something that I have fought for myself and others, especially being a director. There is absolutely no validity to those claims.”

Speculation grew rampant after Pugh did not seem to promote the project on social media as much as Wilde, the “Woman” crooner and their other colleagues. The Midsommar actress, who has been in Hungary filming Dune 2, also did not join Wilde, Styles, Chris Pine and Gemma Chan at the film’s Venice International Film Festival press conference. She eventually reunited with the cast — including Nick Kroll — for the red carpet and screening where she was photographed far away from both Styles and Wilde.

Despite feud rumors, Pugh praised the film’s crew while celebrating the movie’s release. 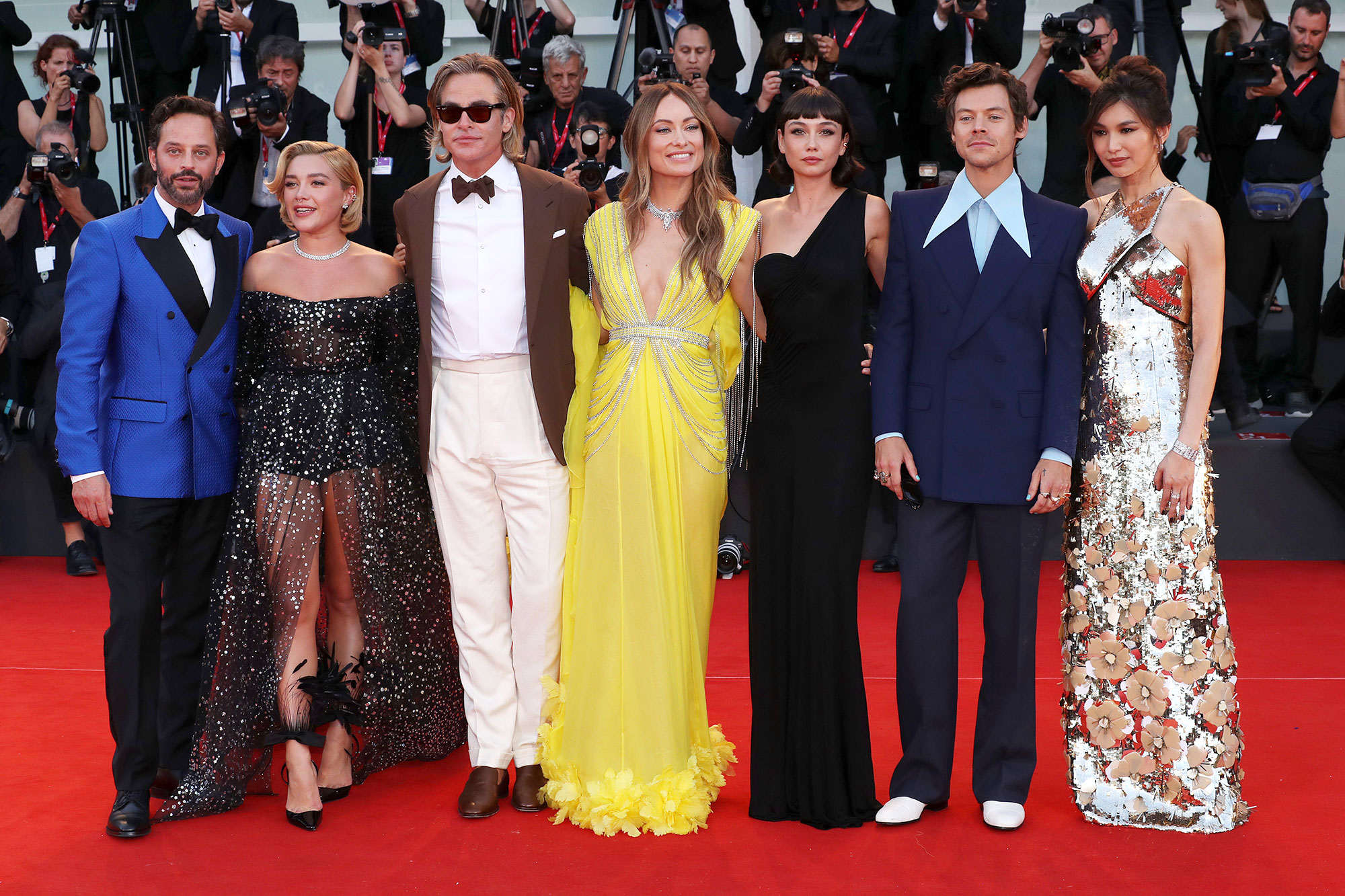 “It’s here… and ready to be seen. @dontworrydarling is in cinemas,” the British actress gushed via Instagram on Friday, sharing a carousel of behind-the-scenes photos from set. “We met so many talented people, visited some insane locations, worked hard in the desert dust and looked good whilst doing so.”

She added: “This film was such an epic story on such a large scale to shoot, all while during peak Covid times. For that I will always be grateful. To all of you who helped make this, your dedication and love was seen daily — thank you.”

Pugh’s post even included a still of her character, Alice, chatting with Wilde’s Bunny —  even tagging the O.C. alum’s Instagram in the pic.

The New York native, for her part, also shared a behind-the-scenes snap of the two women, Styles and writer Katie Silberman. “I’m so deeply grateful for this experience, and for the extraordinary effort of the group of artists who made it happen. We got together to tell a story for you, and we hope you have fun with it,” Wilde wrote via Instagram, tagging her three colleagues.