A group of Trump-supporting Long Island beachgoers who are suing Cardi B said on Tuesday they want at least $20 million in damages — claiming the rapper unfairly painted them as bigots when posting footage of an argument they had with her sister.

The suit, filed this week in Suffolk County Supreme Court, charges that the “WAP” singer’s sister, Hennessy Carolina, and her girlfriend, model Michelle Diaz, in fact threatened and spit at Peter Caliendo, his wife Pauline Caliendo and Manuel Alarcon on Smith Point Beach on Sept. 6.

After the beef, Cardi B, whose real name is Belcalis Almanzar, shared video of the dustup and wrote that Carolina and Diaz were harassed by “Trump supporters” “all because they are a Afro/Hispanic gay couple.”

At a press conference with their lawyer Tuesday, the plaintiffs insisted that is not the case.

“We are not racist. We are not homophobes. I am a Roman Catholic. I have no issues at all,” Peter Caliendo told reporters.

Before the heated confrontation between the two groups unfolded, Peter approached Diaz to inform her that her Mercedes was blocking Alarcon’s vehicle, the suit says, noting that Alarcon was donning a “MAGA” hat and claiming that the Mercedes did not have a permit to park on the beach.

Moments later, Carolina “sprinted from the beach to the vicinity of Plaintiffs and Defendant Diaz, holding her cell phone and filming with that phone, and shouting foul and threatening language and defamatory statements of said Plaintiffs,” according to the suit, which adds that there was pro-Trump gear around the Caliendo’s beach set up.

Carolina shouted that she would “beat the f—k out of” the plaintiffs and “bring my people” to beat them, the lawsuit alleges, claiming that she then “sprayed copious spittle upon said Plaintiffs as she raged and stated said threats.” 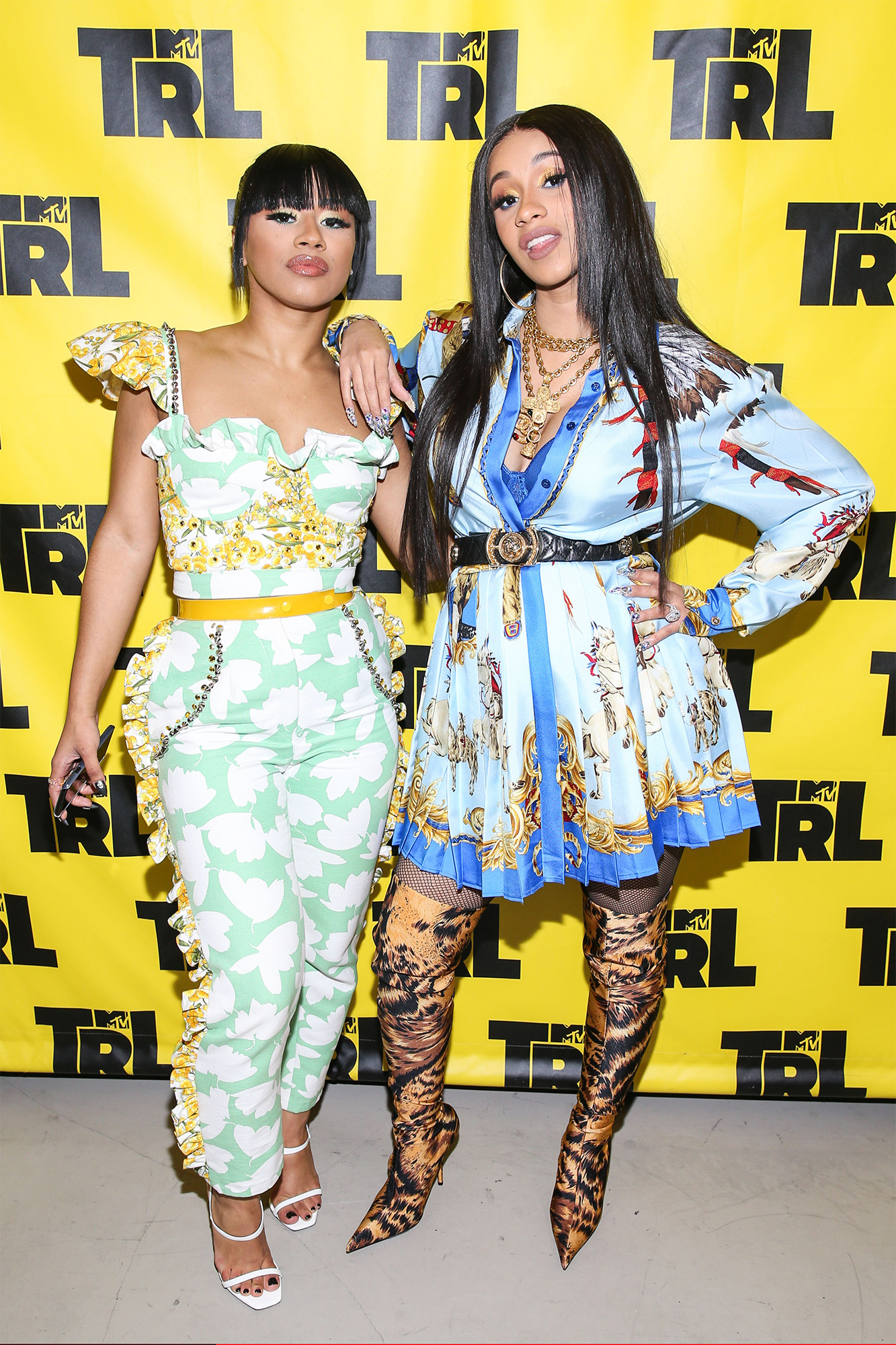 The suit charges that Carolina “assaulted” Peter and Alarcon and that they “suffered and continue to suffer fear, intimidation, emotional distress, depression, anxiety, humiliation, and mental anguish.”

The suit alleges that Cardi, Carolina and Diaz also defamed the group by publishing videos online of the incident and accusing them of racism.

Cardi, Carolina and Diaz, “made available and intended to make available and to publish the said defamatory words” – which included, “bitch half n—-s,” “f—k these f—king people,” “shut the f—k up Karen” and “pink man” – to several million people on the Internet.

Carolina, in an audio recording explaining the fight, claimed she and her girlfriend were told “go to your f—king country” during the incident.

“We never said that. We didn’t say anything about their race,” Pauline Caliendo claimed during the press conference.

Their attorney, John Ray, said they are seeking “at least $20 million dollars collectively” and claimed the videos posted online of the incident appear to be “seriously edited and manipulated.”

“They make their living by going on the Internet and being outrageous and they looked for this incident to create a commercial purpose. That purpose was to make a profit, to make money. That’s what Cardi B is all about. That’s what her proxy sister is all about,” Ray charged.

An attorney for the Bronx-born rapper did not immediately return a request for comment.