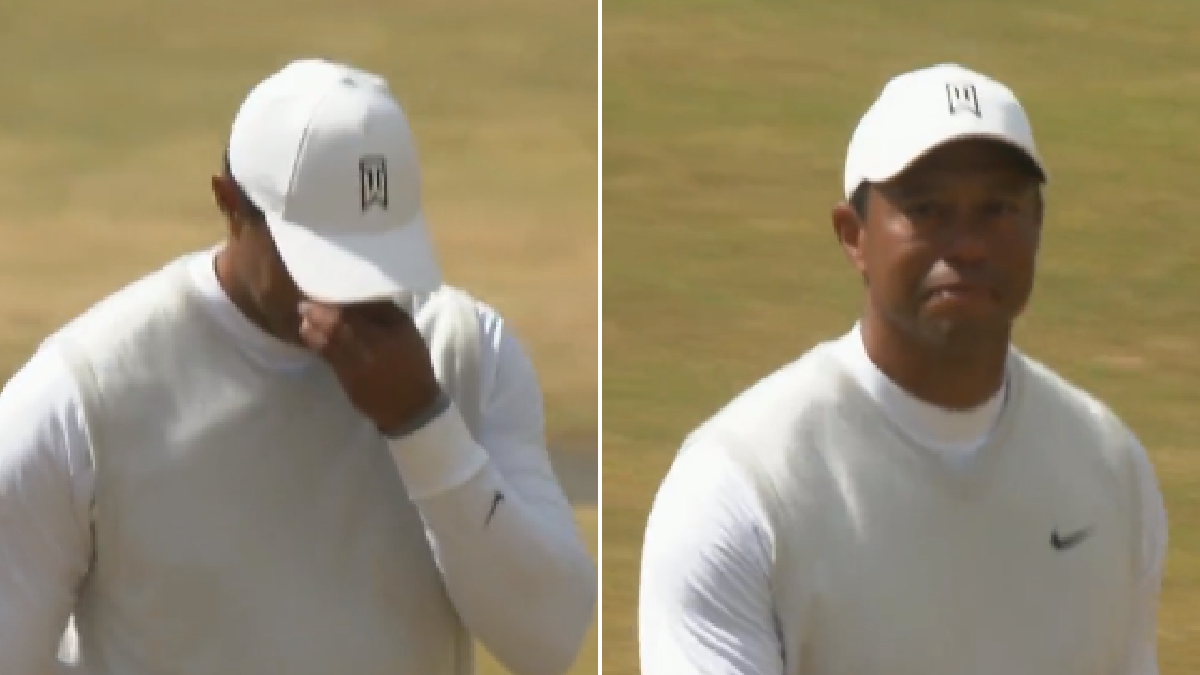 An emotional Tiger Woods wiped away the tears as he was given a hero’s reception while he walked down the 18th fairway at St Andrews in what is likely to be his last Open appearance at the famous old course.

The 46-year-old failed to make it to the weekend, missing the cut after completing his second round on nine over-par.

Woods struggled to contend with conditions at the iconic Scottish links and will not feature on Saturday and Sunday, as the greatest players in the game compete for golf’s oldest and arguably most prestigious prize.

Despite being a shadow of his former self, his body ravaged by injuries, the American was cheered to the rafters by fans who lined the course and filled the stands, with the usually stoic Woods moved to tears by the ovation he he received.

Two of Woods’ three Open Championship victories have come at St Andrews, the first of which 22 years ago, but with the tournament not returning to these parts until 2030 he is almost certain not to be competing.

Asked for his response to what was an incredible reception, Woods told Sky Sports: ‘Well it was emotional for me.

‘I don’t know if I’ll be physically able to play by then, so to me it felt like my final British Open at St Andrews.

‘The fans, the ovation and the warmth was an unbelievable. I see what Jack (Nicklaus) and Arnold (Palmer) have gone through in the past and I was kind of feeling that way then at the end.

‘The collective warmth and understanding, they understand what golf is about and what it takes to win an Open.

‘I needed to shoot a low one today and didn’t do that so I won’t be around at the weekend.’