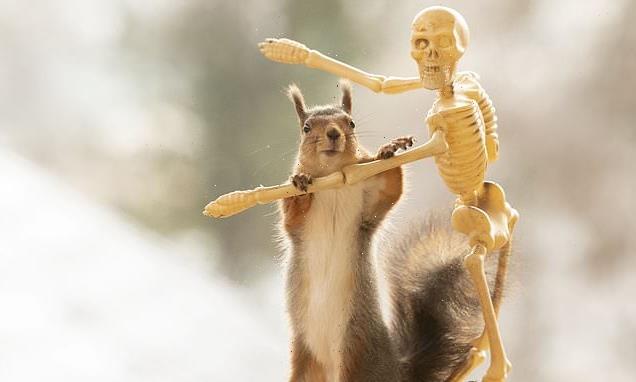 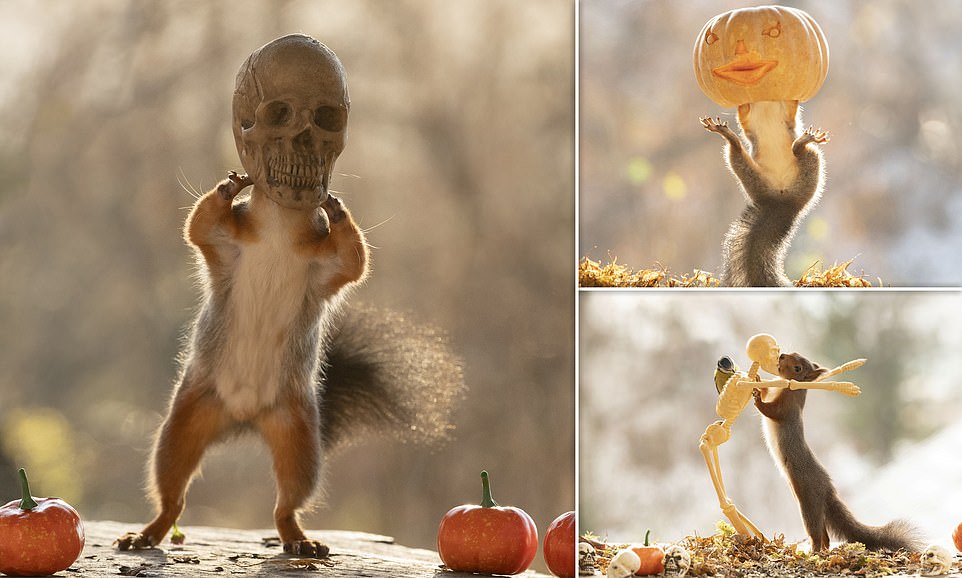 These photos show the spooky Halloween scenes set up by a photographer in his garden in order to capture squirrels with pumpkins on their heads. Geert Weggen, 53, watched red squirrels come and forage for food in his garden every day last October – so he decided to set up a more festive scene. 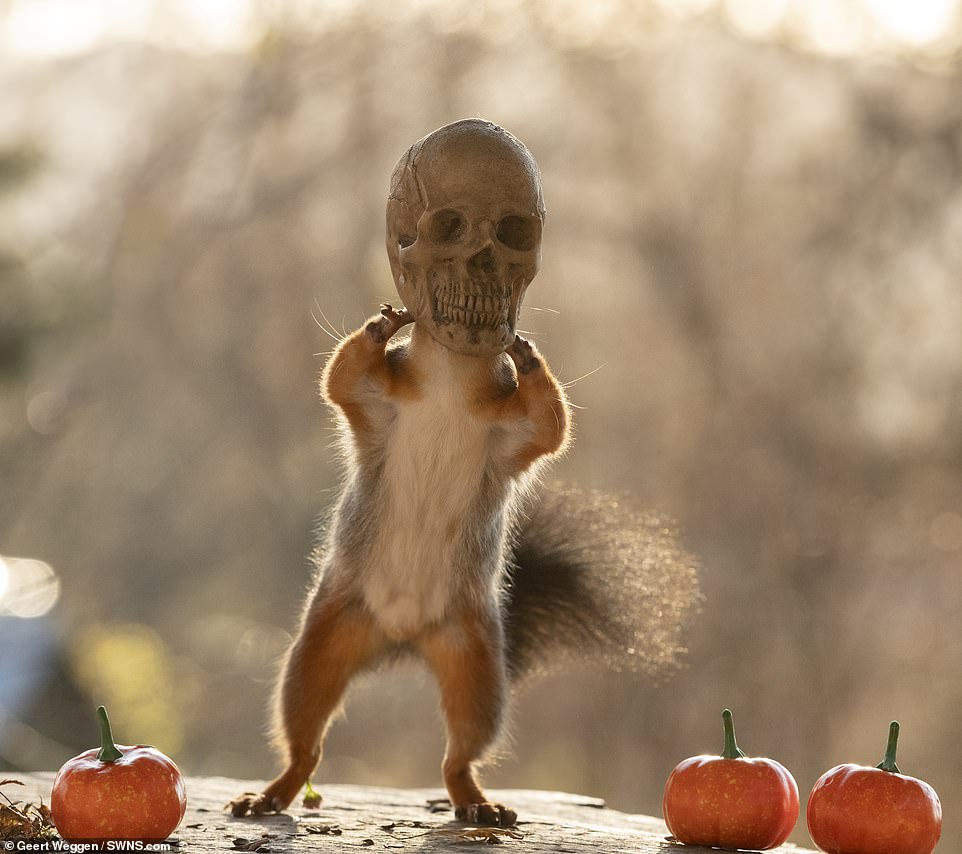 A red squirrel puts on a spooky mask as it tries to reach the nuts and seeds hidden inside it at the back of Geert Weggen’s garden in Bispgarden, Sweden. 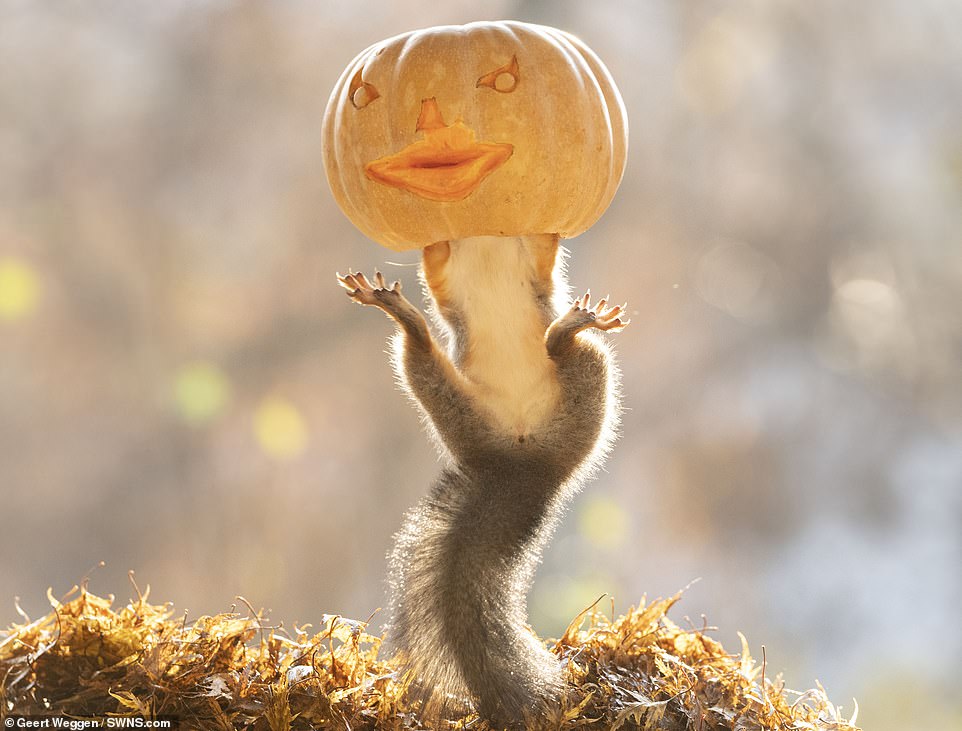 A red squirrel leaps into the air as it tries to extract the nuts and seed hidden inside a miniature toy pumpkin in Bispgarden, Sweden. 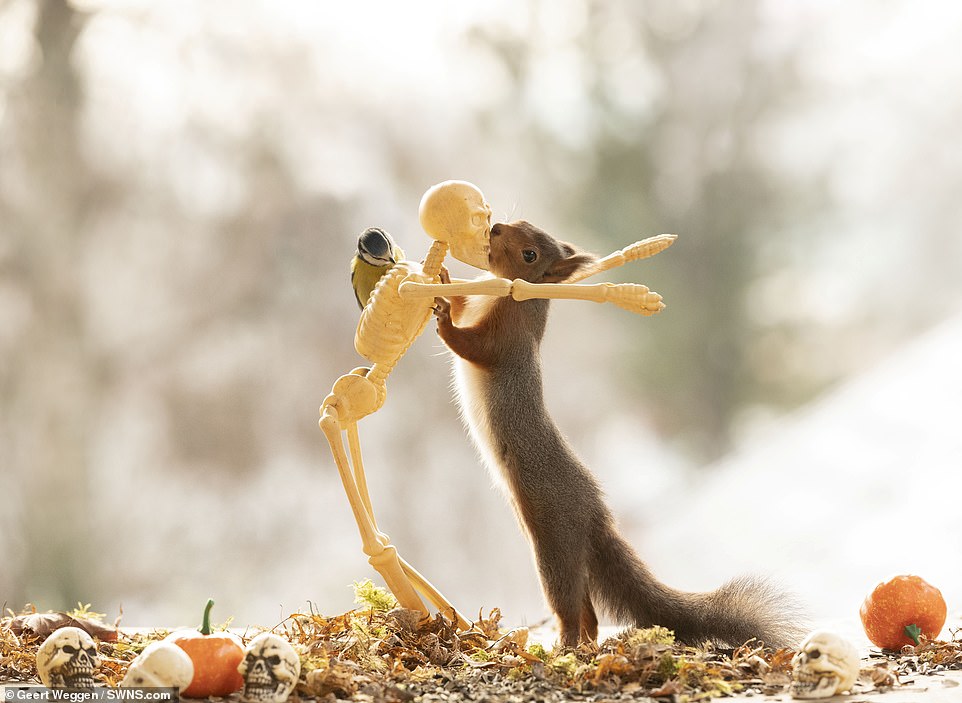 A red squirrel dances with a skeleton after Weggen set up the scene in his back garden in Bispgarden, Sweden. 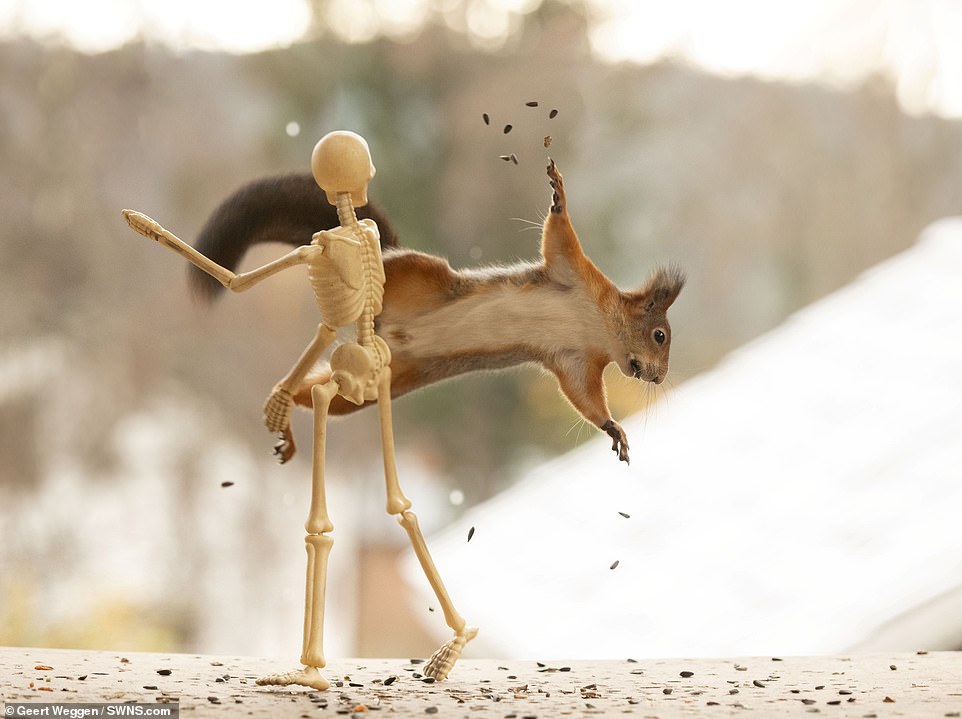 A red squirrels is pictured playing with halloween decorations in Geert Weggen’s back garden. 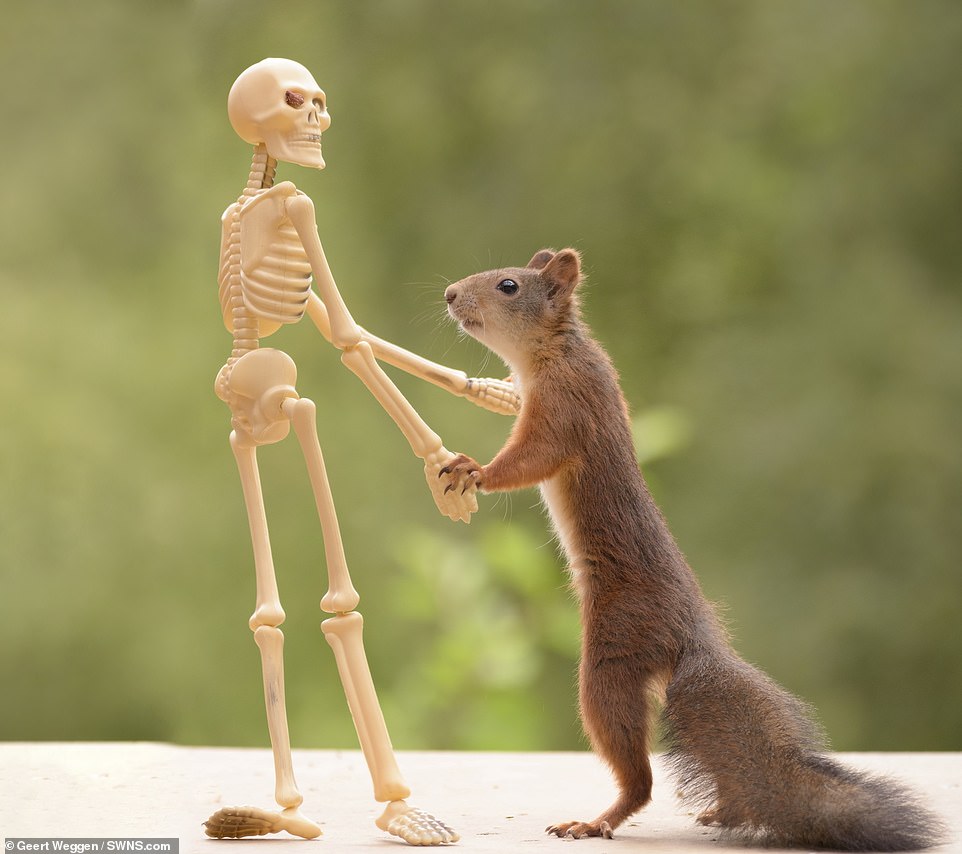 The nature photographer laid out miniature carved pumpkins and a skull with nuts and seeds hidden inside them, for the squirrels to sniff out. 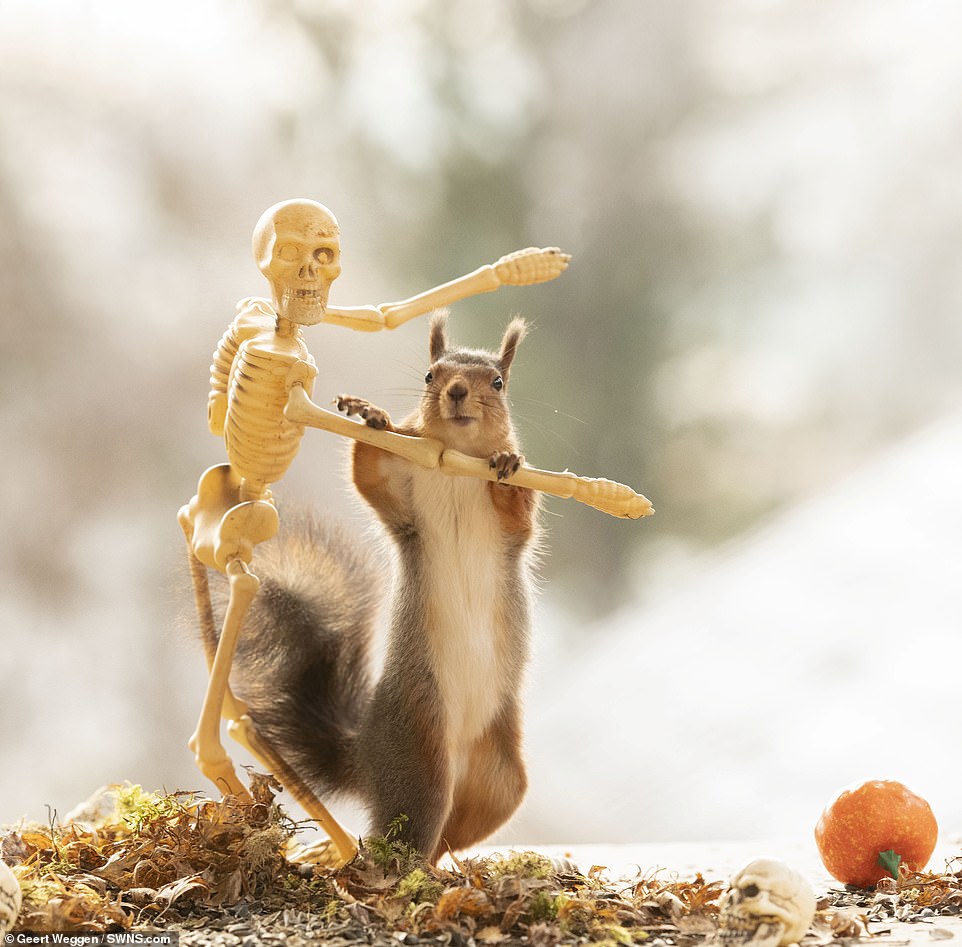 And the result was that the animals stuck their heads right into the Halloween decorations – and then staggered around wearing the pumpkins and the skull on their heads. 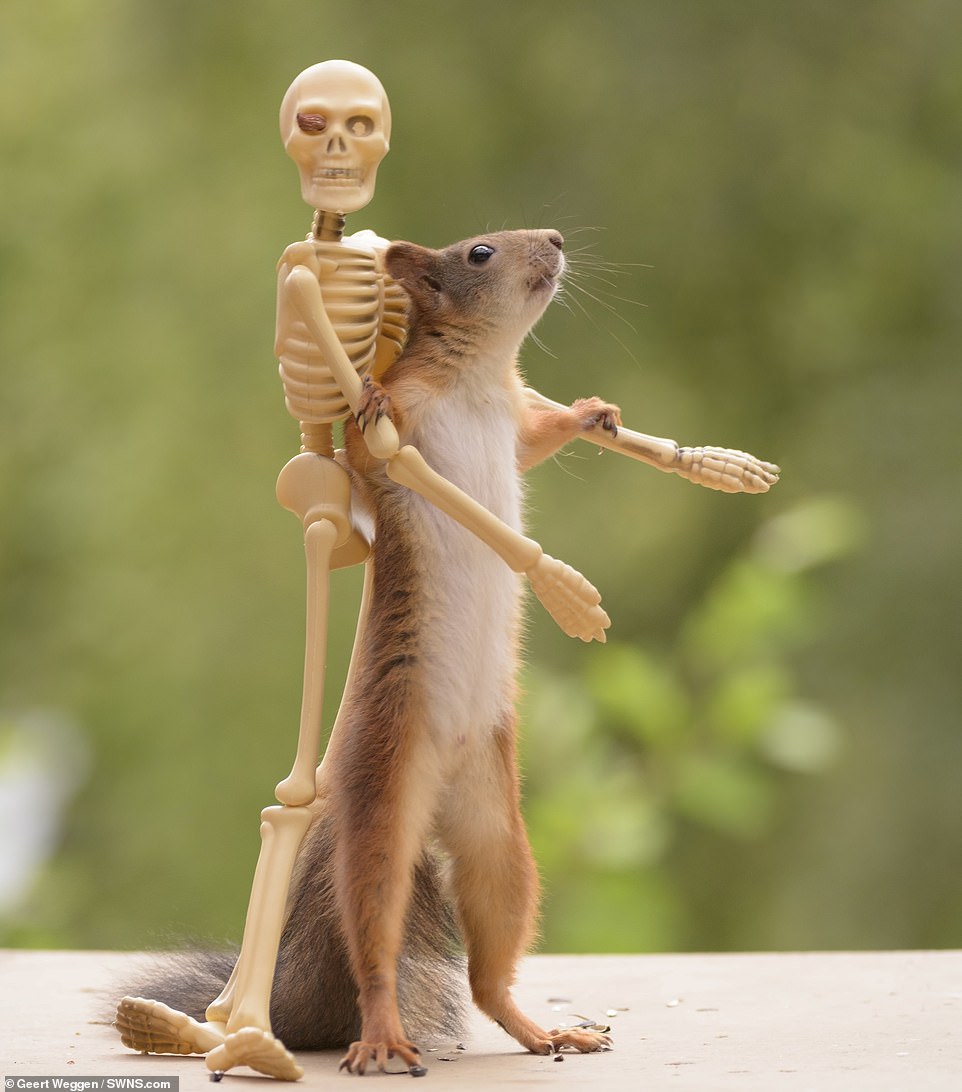 Geert, from Bispgården, Sweden, even hung up a model skeleton – and captured brilliant photos that make the squirrels look as though they are dancing with it. 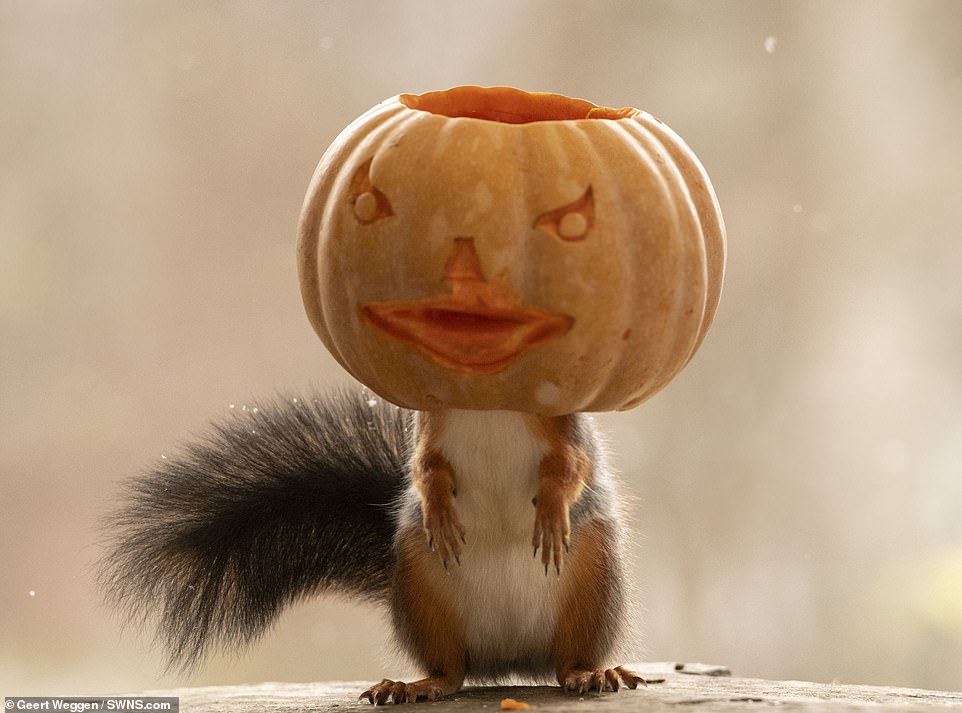 One red squirrel looks like it got more that it bargained for with its head inside a (relatively) big pumpkin. 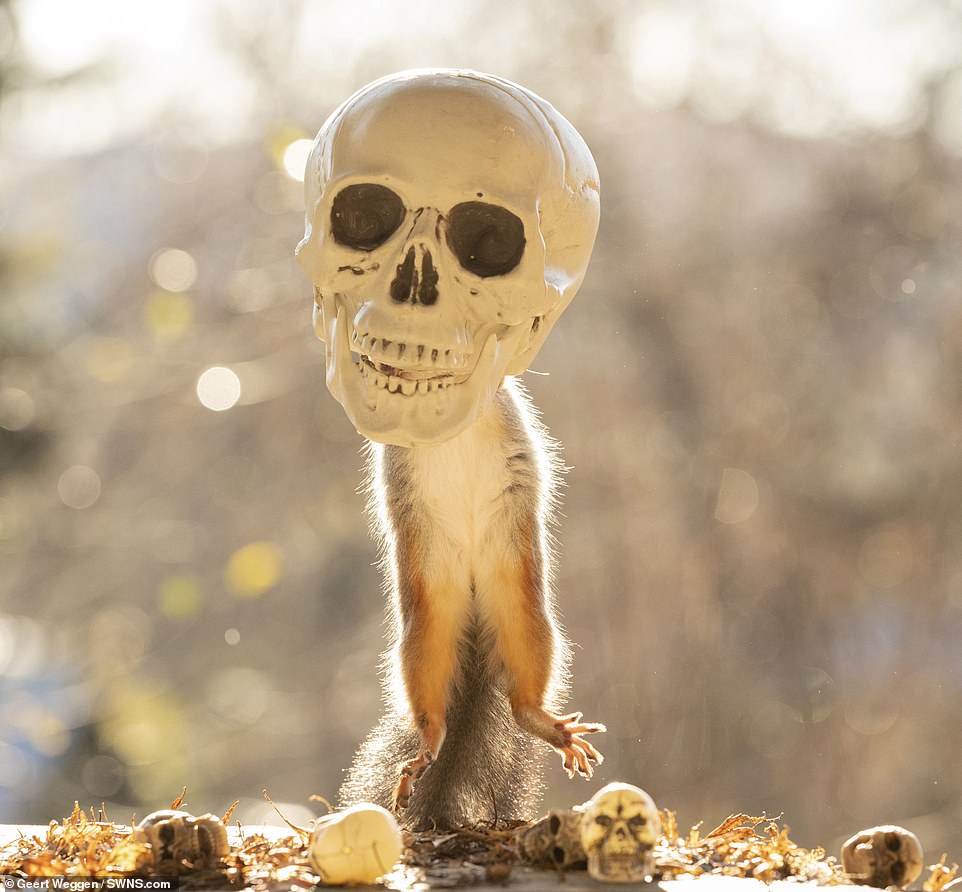 A red squirrel jumps into the air as he ‘puts on’ a halloween mask in Weggen’s back garden in Sweden.