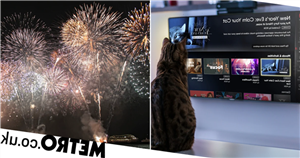 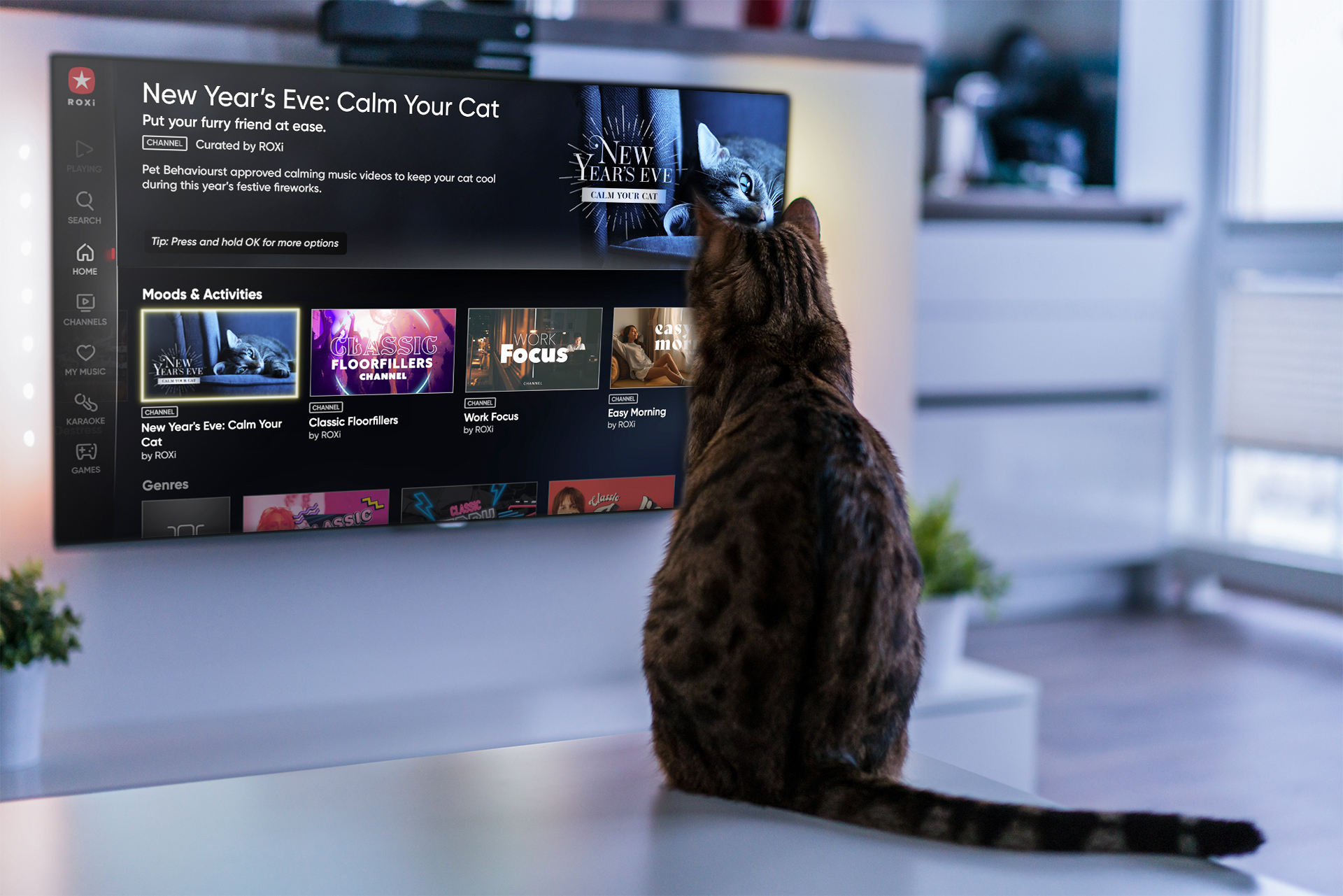 Nearly three quarters (71%) of the nation’s pets become stressed or agitated on New Year’s Eve, according to new research.

With the government confirming that NYE celebrations can go ahead as normal this year, there are likely going to be lots of pets feeling anxious about being left alone, or if there’s a party in their house, or fireworks nearby.

But you might find some soothing relief for your nervous pooch or kitty in the form of a calming digital playlist, with 175 minutes of specially selected songs.

Pop legend Ed Sheeran is just one of the artists who was picked for a new pet-calming music video channel.

Sheeran’s ‘Perfect’ features on the musical loop, along with other songs by the likes of Norah Jones, Billie Eilish, Ronan Keating and Taylor Swift.

The music videos were specifically chosen for their ability to soothe dogs – and cats – following a month-long analysis into the perfect tone, tempo and visual elements required to distract pets from the frightening firecrackers and screaming rockets set to soar into the sky as we enter 2022.

The two separate channels for cats and canines w- which are free to access – were developed by free TV music app, ROXi, in collaboration with top UK pet behaviour specialist Professor Peter Neville.

Sudden or prolonged loud noises can scare our pets, but research shows that dogs are calmed by footage of open fields, lots of green grass, lakes and slow-moving rivers, so ‘Mine’ by Taylor Swift is perfect for pups, as it evokes a warm feeling within dogs.

The playlist for dogs consists mainly of music videos by female vocalists, such as ‘Pure Shores’ by All Saints and Norah Jones’s ‘Don’t Know Why’, which both feature lush green pastures and running water.

It also contains ‘Feel’ by Robbie Williams, with the music video featuring the superstar from Stoke on horseback amid a stunning mountain range.

Sade’s 1992 classic ‘No Ordinary Love’ is also featured, as the music video shows the singer as a mermaid underwater among walls of coral reef and swaying marine shrubs.

Billie Eilish’s ‘Happier Than Ever’ will also be a feline favourite due to the music video’s soft furnishings and alluring sofas and chairs, as well as the soft lighting, pink pastel colours and slow movements.

ROXi’s ‘New Year’s Eve: Calm your Cat’ channel features songs such as Savage Garden’s ‘I Knew I Loved You’ – due to the gentle tempo and lead singer Darren Hayes’ kind, reassuring voice.

Ronan Keating’s ‘When You say Nothing At All’ was chosen for both playlists due to the flowing slow melody, his affectionate voice and an abundance of greenery in the music video.

Pet behaviourist Professor Peter Neville, who worked with ROXi in compiling the playlists, says: ‘Cats and dogs have a far more acute sense of hearing than humans. So, the loud explosions, crackles and whistles are likely startlingly audible across an even wider range than we humans experience.

‘The loud noises and flashing lights of fireworks may sound and look different each time, whilst exploding at different intervals, so dogs and cats can’t get used to them in the same way as they habituate to the sound of traffic or aircraft flying overhead, for example.”

‘So, these playlists could help make a big difference for our pets on New Year’s Eve.’

Peter says all of the chosen songs can keep your dogs and cats calm either through the soothing effects of the melody or the calming visual content of the video.

‘For example, Naughty Boy ft Beyonce’s song Runnin’ (Lose It All) has subdued lighting in the moody underwater scenes early on, and then later, the track develops and becomes quite upbeat to help distract a frightened dog without alarming them,’ he adds.

‘That sort of content is very calming. It may even remind dogs of walking along riverbanks, seeing the water ripple on a warm summer’s day, totally relaxed.

‘If they watch this sort of video, they will hopefully become absorbed in it, which will help take their minds off the fireworks.’

The feline channel differs, as cats have black and white vision. They see more in shades of grey, so darker imagery in music videos is cool for cats.

Professor Neville explains: ‘Cats are evolved to hunt in low light levels at dawn and dusk, so their eyesight is adapted to be sensitive to contrast and sudden movement – not colour. So we went for tracks with darker scenes in the videos with no bright lights or sudden flashing images.

‘Unlike many dogs, most cats aren’t so fond of water, so we avoided wet sights or sounds in our feline friendly music channel.

‘Cats have evolved to alert to very high frequency sounds, so music from bands such as Savage Garden with a lilting male singer who doesn’t sing too high, is perfect.

‘In terms of videos for cats, we had to pick visuals that look warm and welcoming. Cats like comfort – so we ensured the playlist features videos with nice cushions and soft furnishings.

‘The sound of a mother dog’s heartbeat or a cat purring would also make a respective comforting backing track for our pets. After all, nothing identifies anything as being catlike or made for cats quite so much as a contented purr.’