“I think inheritance is quite distasteful.”

Not all children of the rich and famous are living life like their celebrity parents. While these stars lead a lavish lifestyle, they also want to make sure their children know the value of hard work. In fact, quite a few celebs have decided that their children won’t even inherit any of their massive fortune when the time comes.

Instead, celebrities like Daniel Craig and Gordon Ramsey have decided that the majority of their wealth will be distributed to more philanthropic causes, like the charities they have founded. And while some people may disagree with their choice to leave their children to be their own provider, it’s a decision that these celebs are sticking with. 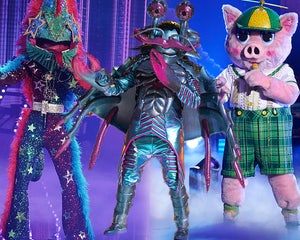 Daniel Craig may be worth over $100 million but he doesn’t plan on leaving any of that to his children. The actor shares a 2-year-old with his wife Rachel Weisz as well as Ella, 29, from his previous marriage to Fiona London. Daniel explained that he believes inheritance is “distasteful” and he would rather give his money away.

“Isn’t there an old adage that if you die a rich person, you’ve failed? I think Andrew Carnegie [an American industrialist] gave away what in today’s money would be about 11 billion dollars, which shows how rich he was because I’ll bet he kept some of it, too. But I don’t want to leave great sums to the next generation. I think inheritance is quite distasteful. My philosophy is get rid of it or give it away before you go,” Daniel told UK’s Candis Magazine.

Elton John wants to make sure his twin boys, Elijah and Zachary, are in a “sound financial state” in life but doesn’t believe in giving children a silver spoon. Instead, he and his husband David Furnish want to instill a respect for both money and work.

David added, “Warren Buffet, the third wealthiest man in America, has a really cool model in that he leaves his children enough money so that they have a house, a car and all their basic needs covered and cared for so they never need worry. But it’s not crazy, silly, go-wild money so that they could be buying Picassos or private jets. Anything beyond the basic, they have to go out and earn it themselves.” 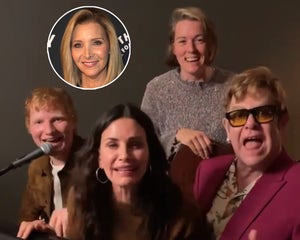 Gordon Ramsay is one of the most renowned chefs in the world, with restaurants around the globe and multiple television programs. But despite his millions, Gordon says he will be leaving none of it to his five children, whom he makes sit in economy class when they’re traveling.

“It’s definitely not going to them. And that’s not in a mean way; it’s to not spoil them. The only thing I’ve agreed with Tana is they get 25% deposit on a flat, but not the whole flat. I’ve been super lucky, having that career for the last 15 years in the US. Seriously, it has earned a fortune and I’ve been very lucky, so I respect everything I’ve got,” Gordon told The Telegraph.

Ashton Kutcher says that he and his wife Mila Kunis don’t plan to set up a trust or leave an inheritance for their children, Wyatt and Dimitri. While they plan to leave their money to charities and other causes, Ashton says he will invest in his children’s business, if they present a good business plan.

“I’m not setting up a trust for them. We’ll end up giving our money away to charity and to various things. My kids are living a really privileged life, and they don’t even know it. And they’ll never know it, because this is the only one that they’ll know…If my kids want to start a business, and they have a good business plan, I’ll invest in it but they’re not getting trusts,” Ashton said on Dax Shepard’s “Armchair Expert” podcast. 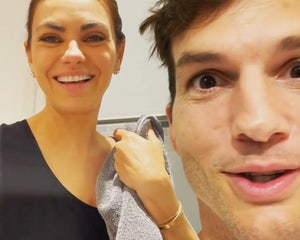 Television personality Nigella Lawson doesn’t believe in giving her children financial security. She says she won’t be leaving her adult children, Cosima and Bruno, any of her millions despite the fact that their stepfather Charles Saatchi thought differently.

“I am determined that my children should have no financial security. It ruins people not having to earn money. I argue with my [now ex] husband Charles, because he believes that you should be able to leave money to your children. I think we’ll have to agree to disagree,” Nigella once told My Weekly.

Right before the birth of his first child, Simon Cowell expressed that he didn’t plan to leave his fortune to son. Instead, Simon said he hoped that he would be able to provide enough opportunity for his family that they would be able to succeed on their own.

“I’m going to leave my money to somebody. A charity, probably – kids and dogs. I don’t believe in passing on from one generation to another. Your legacy has to be that hopefully you gave enough people an opportunity, so that they could do well, and you gave them your time, taught them what you know,” Simon told Esquire UK. 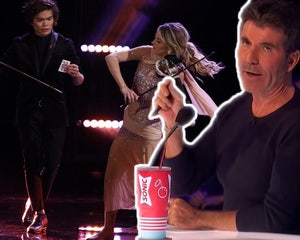 Following the birth of his daughter Max, Facebook founder Mark Zuckerberg announced that he and his wife would not be giving the majority of his fortune to Max and any future children. Instead, Mark and his wife would be donating 99% of their Facebook shares, then valued at $45 billion, to progress the mission of the Chan Zuckerberg Initiative — to advance human potential and promote equality.

“As you begin the next generation of the Chan Zuckerberg family, we also begin the Chan Zuckerberg Initiative to join people across the world to advance human potential and promote equality for all children in the next generation. Our initial areas of focus will be personalized learning, curing disease, connecting people and building strong communities. We will give 99% of our Facebook shares — currently about $45 billion — during our lives to advance this mission,” Mark wrote in an open letter to his daughter on Facebook.

In 2012, “Star Wars” creator George Lucas sold Lucasfilm to Disney for $4.05 billion. Despite the sale skyrocketing his networth to over $6 billion, none of his four children will see much of the money. Instead, George opted to put the bulk of the money into a foundation that will primarily focus on educational issues.

“George Lucas has expressed his intention, in the event the deal closes, to donate the majority of the proceeds to his philanthropic endeavors,” a spokesperson told THR.

Texans Believe Snow is Fake and Sent By Bill Gates

Microsoft founder Bill Gates is valued at over $100 billion but plans to pass on the vast majority fortune to charitable causes. As the owner of The Bill & Melinda Gates Foundation, the world’s largest private charitable foundation, Bill will reportedly leave his three children just $10 million each, which is less than 1% of his fortune.

“I definitely think leaving kids massive amounts of money is not a favor to them. Warren Buffett was part of an article in Fortune talking about this in 1986 before I met him and it made me think about it and decide he was right. Some people disagree with this but Melinda and I feel good about it,” Bill wrote in a Reddit AMA.

Musical theatre composer Andrew Lloyd Webber once expressed that he would not be leaving his fortune to his five children and had no plans for them to take over his company, The Really Useful Group. After his passing, Andrew says he hopes his fortune is invested to help struggling singers and composers.

“They aren’t bothered. They don’t think that way. It is about having a work ethic — I don’t believe in inherited money at all. I am not in favour of children suddenly finding a lot of money coming their way because then they have no incentive to work. I will give them a start in life but they ain’t going to end up owning the Really Useful Group,” Andrew told Daily Mail. 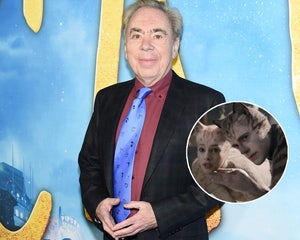 Warren Buffett, the second richest man in the world, was one of the first to speak out about where his fortune will go when he passes on and has influenced many other wealthy people in their inheritance decisions. The investor and avid philanthropist says he plans on giving 100% of his billion dollar fortune to various charities, leaving nothing to his children. Instead of giving directly to his children, he plans on giving his three children over $2 billion in stock to each of their charities.

Iconic musician Sting doesn’t plan on leaving any money for his children — because he will most likely have spent it all! The musician, who has over 100 people on his payroll, says that he wants his six children to know the value of work. While many may assume they were “born with a silver spoon in their mouth,” it’s simply not the case.

“I told them there won’t be much money left because [my wife and I] are spending it! We have a lot of commitments. What comes in we spend, and there isn’t much left. I certainly don’t want to leave them trust funds that are albatrosses round their necks. They have to work. All my kids know that and they rarely ask me for anything, which I really respect and appreciate. Obviously, if they were in trouble I would help them, but I’ve never really had to do that. They have the work ethic that makes them want to succeed on their own merit,” Sting told Daily Mail. 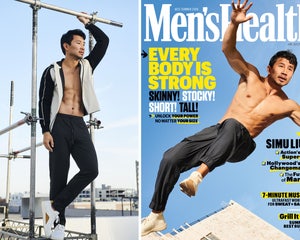 Jackie Chan reportedly has plans to leave his fortune to charity, as opposed to either of his two children. Jackie believes that his children are capable of making their own money instead of wasting his own.

“If he is capable, he can make his own money. If he is not, then he will just be wasting my money,” Jackie reportedly told Channel NewsAsia.