Singer Bella DeNapoli takes the stage on ‘The Voice’ with a one-of-a-kind take on Danity Kane’s ‘Damaged’ in this EXCLUSIVE preview of the September 28 episode.

The Voice season 21 blind auditions are in full swing, and the talented artists just keep coming. Singer Bella DeNapoli starts out singing a much slower version of Danity Kane’s “Damaged” in this EXCLUSIVE preview of the September 28 episode, and the coaches take notice. “That’s you,” Blake Shelton says to Ariana Grande.

Ariana says that what she’s hearing from Bella is “beautiful.” Ariana, John Legend, and Kelly Clarkson soon turn their chairs at almost the exact same time. Bella continues to show off her vocals with her unique spin of the song. Blake doesn’t turn around. 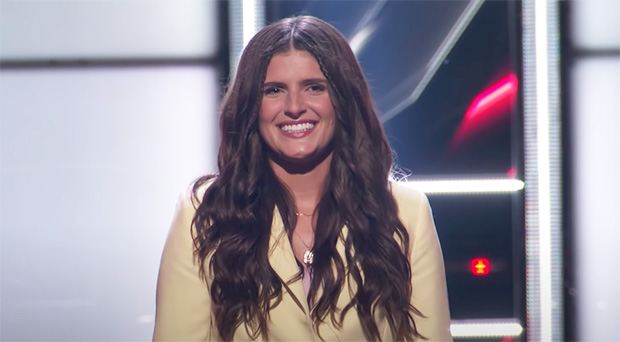 John compliments Bella for her “interesting song choice” and says she created a “whole new version of the song.” He raves that Bella “can do anything” after hearing her put a twist on “Damaged.”

Kelly continues to praise Bella, who is a Long Island native. “I felt like I could have been at your show,” she says. She tells Bella that the things she did at the beginning of the song were so “intricate but fluid and emotional.” Kelly thinks it would be “fun as hell” to pick songs with Bella.

Ariana raves that Bella is “so good.” Ariana loves that Bella clearly has the ability to do “a lot of different things” with her voice. “Your control is great. Your biggest moments are your loudest moments,” Ariana raves. She adds, “I hope you choose me.” The “7 Rings” singer is ready to welcome Bella to Team Ariana.

Blake explains why he didn’t turn around for Bella. While her talent is undeniable, Blake knows that Bella should go to another coach, specifically Ariana. “You seem in Ariana’s lane,” Blake tells Bella. 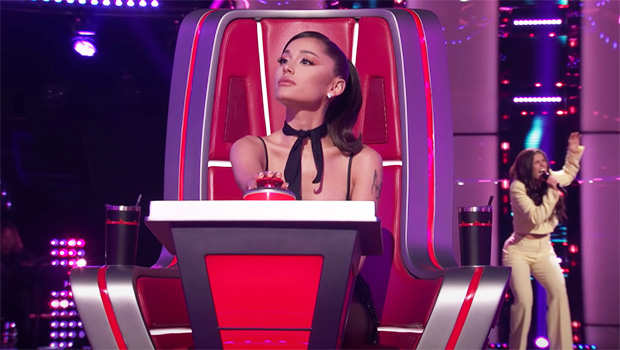 Now it’s time for Bella to pick between Kelly, John, and Ariana. Who will she choose?! Find out on the September 28 episode of The Voice, which airs Mondays and Tuesdays at 8 p.m. on NBC.