When The Amazing Spider-Man cast Andrew Garfield as Peter Parker, some fans embraced him, while others hesitated. However, Garfield’s return with Tobey Maguire and Tom Holland in Spider-Man: No Way Home cemented him as an important part of Spider-Man’s cinematic history. And it started with Andrew Garfield telling Emma Stone’s Gwen Stacy to stay calm while he chowed down on cheeseburgers. Director Marc Webb revealed the hilarious detail and why it made him choose Garfield, changing the Spider-Man landscape forever. 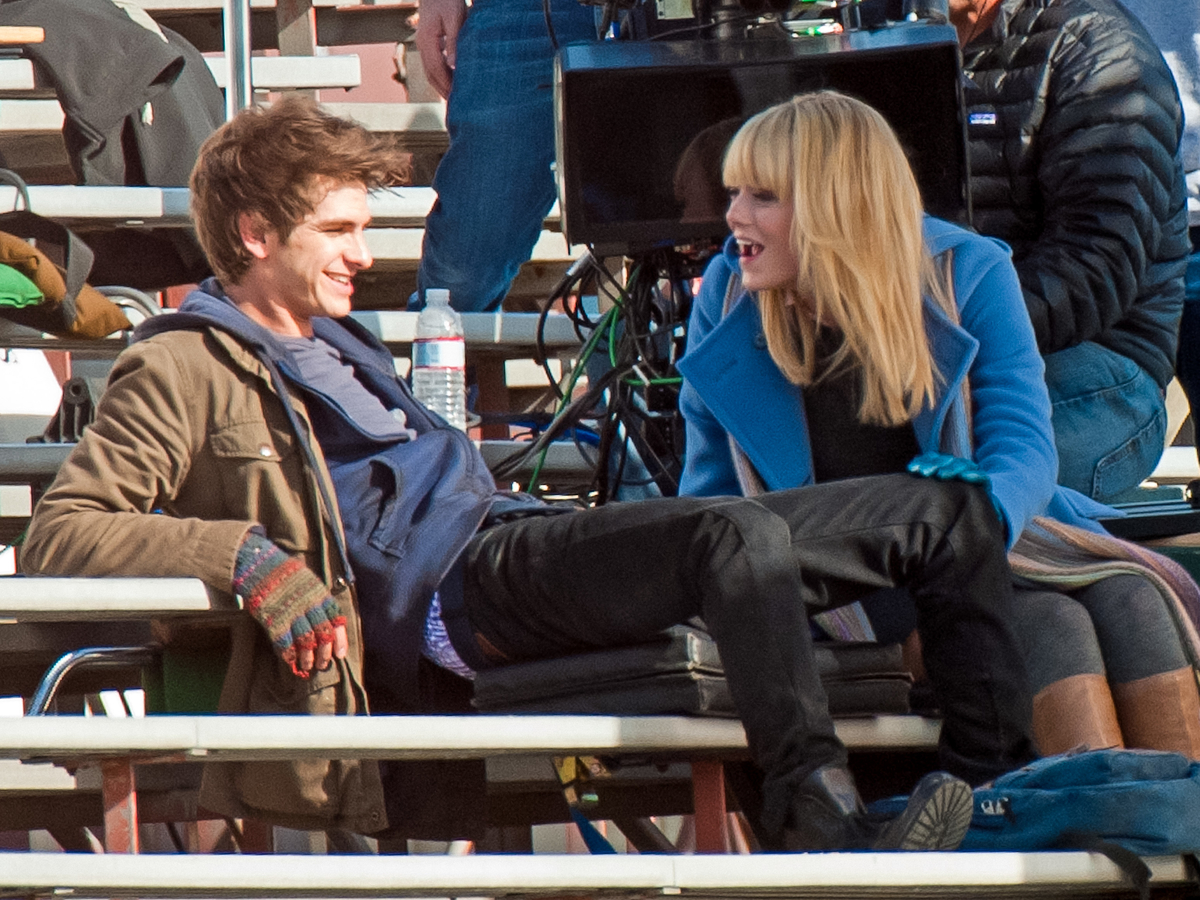 Andrew Garfield has proved himself a talented actor but always stayed true to himself. This led to Garfield’s improved “I loved you” moment in Spider-Man: No Way Home and the sentiment of Maguire, Holland, and himself being part of Spider-Man’s larger story.

And Webb thought he even stayed true to himself while munching on a burger.

“We tested a lot of really talented, wonderful young actors. And there was a moment when — I mean this sounds ridiculous, but it’s true,” Webb told Yahoo Movies in 2012. “We were doing a scene that’s not in the movie, where he was eating a cheeseburger and telling Gwen to, like, calm down or to … [try] to put her at ease while he is eating food.”

Even Webb had difficulty remembering why he cast Andrew Garfield in The Amazing Spider-Man as he talked with Emma Stone’s Gwen with a mouthful of cheeseburger. However, it made for a hilarious, if “ridiculous,” reasoning.

While The Amazing Spider-Man deleted scene meant fans did not see Peter Parker cramming a burger in his face with his love interest Gwen Stacy, the moment sold Webb.

“The way he ate this food – it was such a dumb task – such a dumb independent activity that you give to an actor to do, and he did it … and I felt like there’s something in the way he embodied and committed to that really tiny minutia – I just hadn’t seen before. I can’t explain exactly what I felt like it worked, but that was it.”

Of course, Andrew Garfield’s cheeseburger skills were not the only reason The Amazing Spider-Man cast him.

At the time, he was a new face to the superhero movie world. Spider-Man: No Way Home fans loved his return alongside Tobey Maguire and Tom Holland. However, Garfield stepped into a very different superhero landscape in 2012.

The ‘Spider-Man: No Way Home’ star’s chemistry with Emma Stone helped him get the original role

Andrew Garfield and Emma Stone clicked together quickly. They keep in contact enough that Stone “kept texting” Garfield about if he was in Spider-Man: No Way Home.

“We screen-tested them together, and she’s very funny and really quick and snappy. I remember the first time we screen-tested them,” Webb recalled. “I don’t think they’d met before, really … and he took a minute for him to get back up to speed with her because she was so funny. And then they really brought out really great parts of the other’s performance.”

He quickly became an unforgettable Peter Parker, whether The Amazing Spider-Man cast Andrew Garfield for his cheeseburger scene with Emma Stone or their dynamic.

“Of course, it was there, and that’s why we cast that dynamic,” Webb said. “It was really great to watch it on screen.”