After her abrupt exit from the latest “Magic Mike” movie, Thandiwe Newton was spotted in NYC with her much younger boyfriend, LA musician Elijah Dias (aka rapper Lonr).

Newton, 49, and Dias, 23, were seen shopping for $175 retro Ramones T-shirts downtown, spies said, at a celebrity favorite store, Blue & Cream. And they were even both trying on the threads to share.

A source said the scene of the pair cutely sharing the clothes looked like it was out of a “’90s movie… cue the Alanis Morrisette!”

Newton also recently split from her husband of 24 years. But while the headlines have been a whirlwind for the star and her new beau, spies exclusively tell Page Six that the new couple was keeping their romance “low key” in public.

Newton and Dias were spotted outside the Bowery Hotel on Monday. Sources tell us they did some shopping downtown the day before.

A source told us of the pair: “They looked very in love, and were super low-key” as they browsed at Blue & Cream. 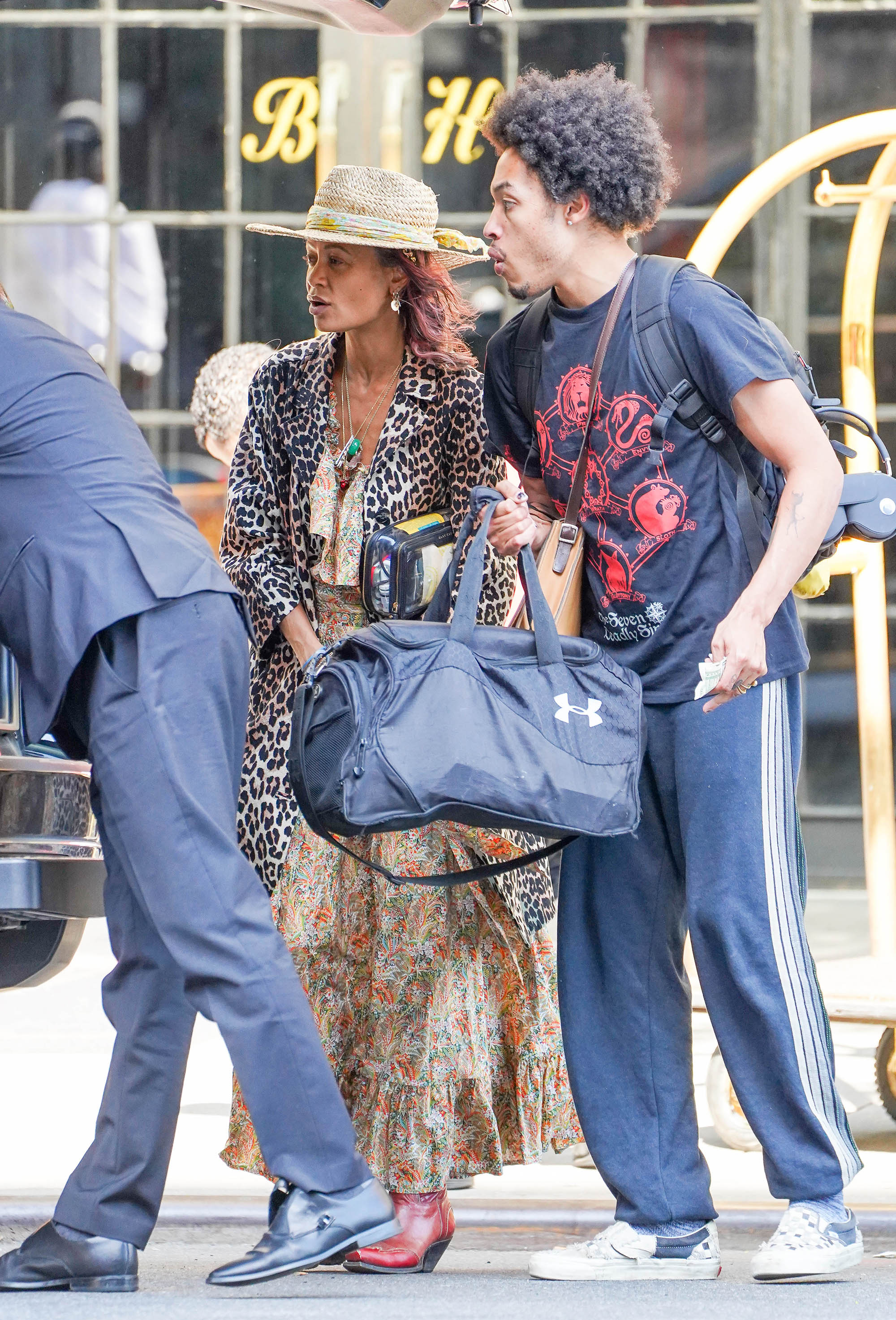 Said the source: “It was really, really sweet… like when you first start a relationship with somebody.”

We also hear that Newton “picked up a pair of sunglasses and wore them” around the shop before purchasing the shades.

Our source added that Newton was wearing a “printed poplin flowing situation — a really loud print,” and that she had “colorful rainbow hair dyed to match.”

While Newton was also rocking platform Gucci shoes, and a new Loewe bag, Dias went for a more downtown look in vintage Vans. 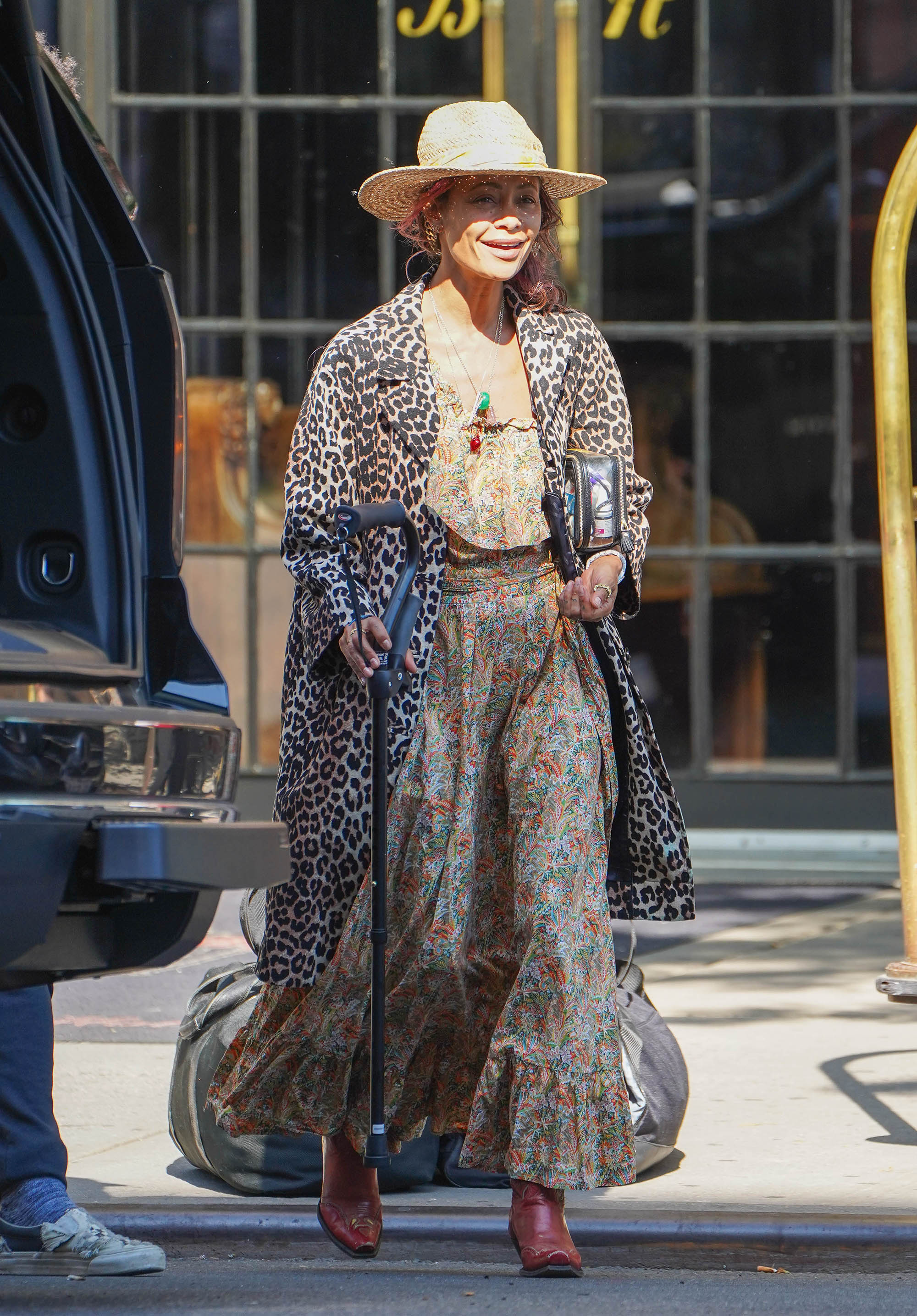 Last month, we reported that Newton and her new boyfriend were seen in LA — also shopping and grabbing a bite, as well as smooching in public.

An insider told us that Newton and Dias are currently traveling together. In pictures outside their hotel, Newton also was carrying a cane, though it’s unclear why. She also wore a long leopard print coat, red cowboy boots, and a straw hat. 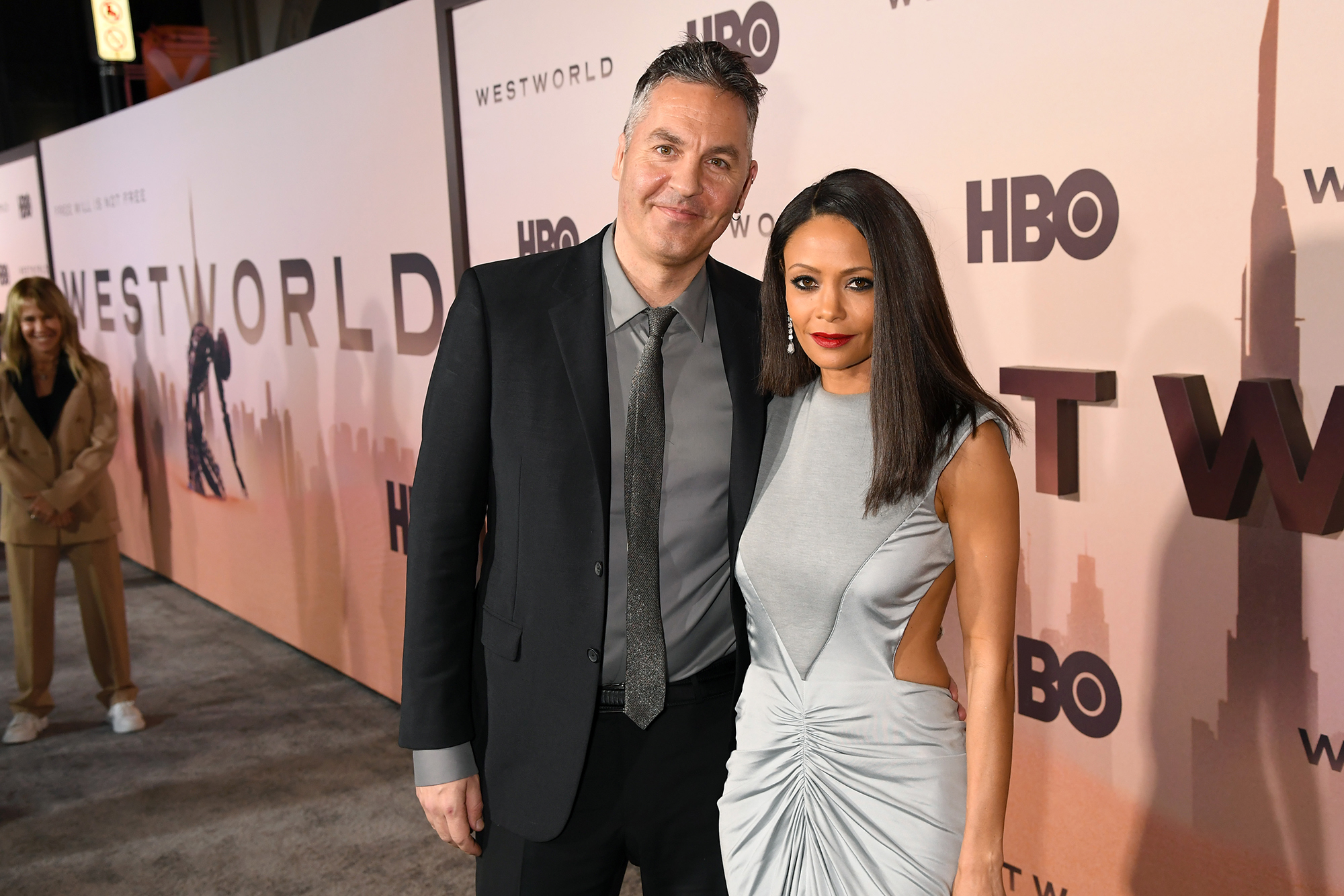 Newton and Parker, 52, married in 1998 and have three kids together. But the couple had not been spotted together in public since March 2020, when they attended the Los Angeles premiere for Season 3 of her hit HBO show “Westworld.”

Dias previously told Page Six of their relationship in April: “From the relatively short time I’ve been fortunate to spend with her, I know Thandiwe and Oliver care deeply about the welfare of their children. That’s all I care about right now.”

We exclusively reported that Newton and the musician were getting close the same month.

Salma Hayek was subsequently seen taking over the role.

Her rep did not comment on her latest New York trip.