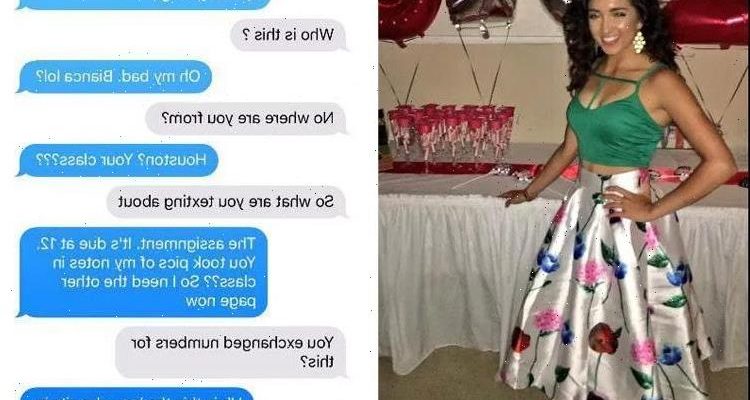 A STUDENT has accidentally caused a load of drama after texting one of her classmates.

After being tasked with a group assignment, Bianca Michelle swapped numbers with the guy sitting in seat 75. 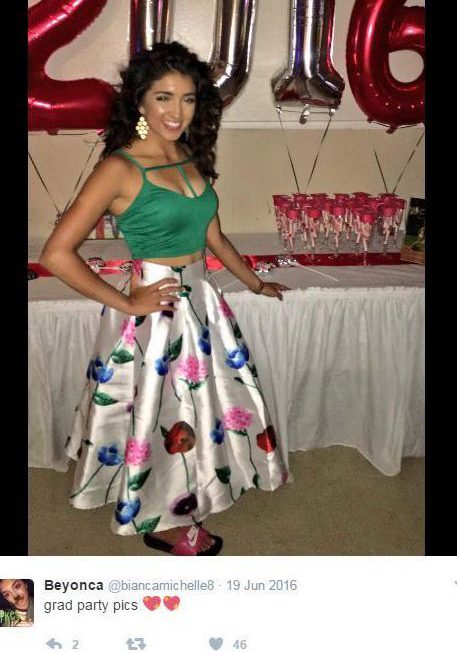 The 18-year-old economics student from Houston, Texas, asked him: “What time are you gonna finish up everything?”

Bizarrely, she was immediately met with a series of blunt questions, including who she is, where she’s from and what she’s texting about. 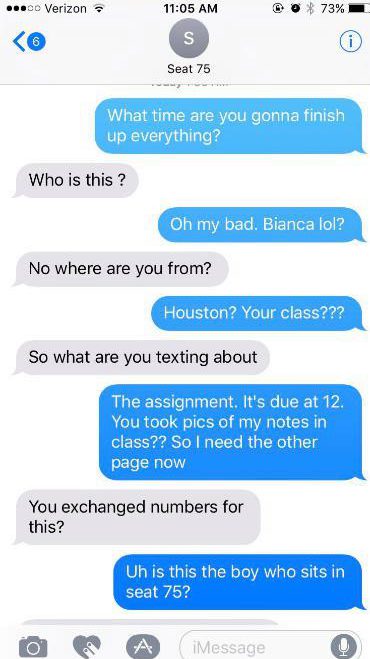 Knowing that something wasn’t quite right about the response, Bianca asked: “Uh is this the boy who sits in seat 75?”

It then unravels that it’s actually her classmate’s GIRLFRIEND who has the phone.

She reveals herself by remarking: “I’m just trying to make sure you’re not texting my bf just for fun.” 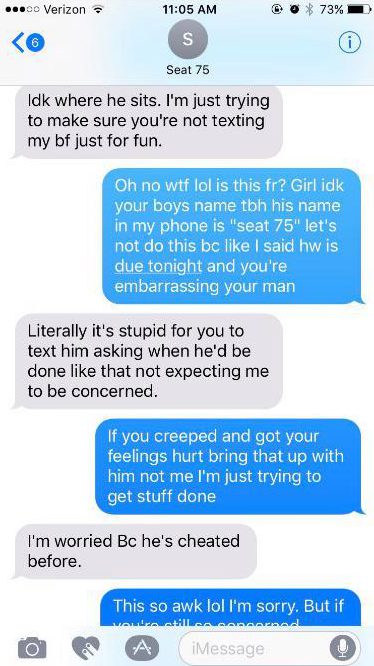 Bianca defended herself, commenting that she doesn’t even know the guy's name.

The phantom texter doesn’t see anything wrong with her suspicion, hitting back: “It’s stupid for you to text him asking when he’d be done like that not expecting me to be concerned.”

If that wasn’t cringe-worthy enough, the text exchange took another uncomfortable turn.

The anxious girl admitted that she was going through her boyfriend’s phone because “he’s cheated before”. 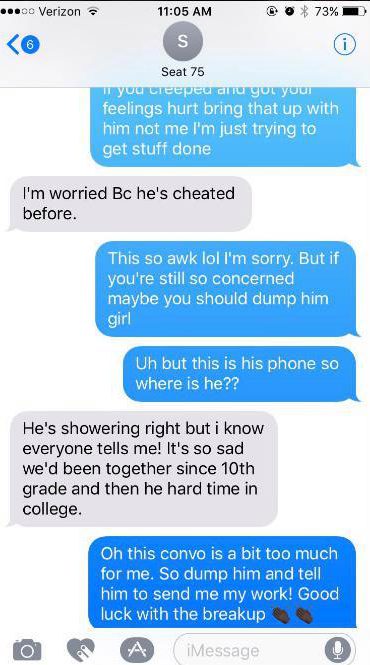 Confessing that her partner was in the shower while she snooped on his messages, she revealed: “It’s so sad we’d been together since 10th grade.”

As Bianca tired of the conversation, she ended it by giving the girl some advice.

She said: “Oh this conversation is a bit too much for me.

“So dump him and tell him to send me my work! Good luck with the breakup.”

The majority of social media users were quick to praise the student for her no-nonsense response to the paranoid girlfriend. 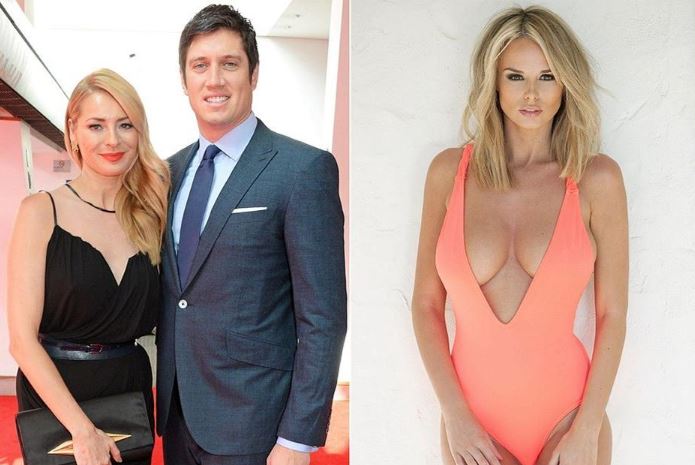 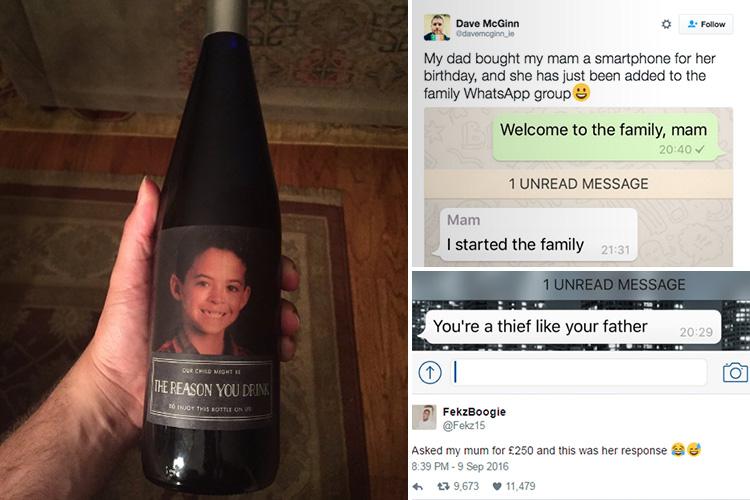 Hilarious mums write the most brutal texts and Facebook posts ever 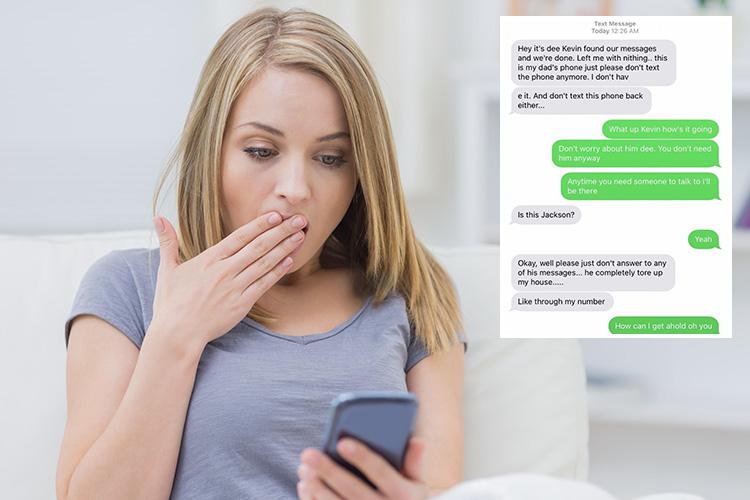 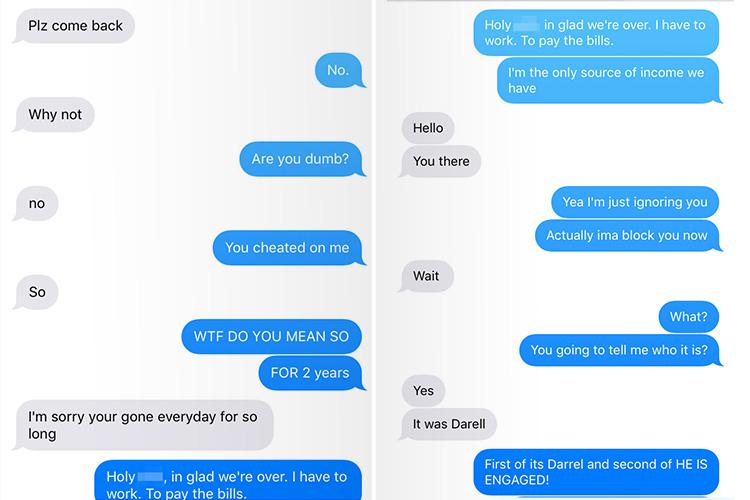 “But I don’t know, it’s her boyfriend’s fault she’s crazy. I don’t blame her for being insecure really.

"Sadly, she doesn’t know if the messages proved fatal for her classmate’s relationship.

Bianca added: “I’m trying to avoid contact with him now. The world may never know what happened with them.

"I was really mad at first but after a while I got really disturbed with the relationship dramas.”

It's not the first time a girl has had to explain herself after being extra protective over a loved one.

One issued her boyfriend a hilarious list of rules before he was allowed on a lads' holiday.