From villainous opponents to comedy partners! For Oscar winner Rami Malek’s debut hosting gig on Saturday Night Live, he enlisted No Time to Die costar Daniel Craig to complete a pair of sketches on the late-night variety series, including one where they both impersonate late icon Prince.

Most Memorable ‘Saturday Night Live’ Hosts Over the Years

During a “Prince Auditions” sketch on the Saturday, October 16, episode, the 40-year-old Bohemian Rhapsody star and Kenan Thompson were rival Prince impersonators, fighting to portray the late “Purple Rain” crooner in a movie adaptation of his life.

“First of all, you guys are by far the top two choices to play Prince in my new biopic,” Chris Redd as Jordan Peele explained in the scene, before Ego Nwodim chimed in, “But, obviously we can only pick one.” The 36-year-old Missouri native further explained that the only way to come to a decision was with a “Prince-off.” 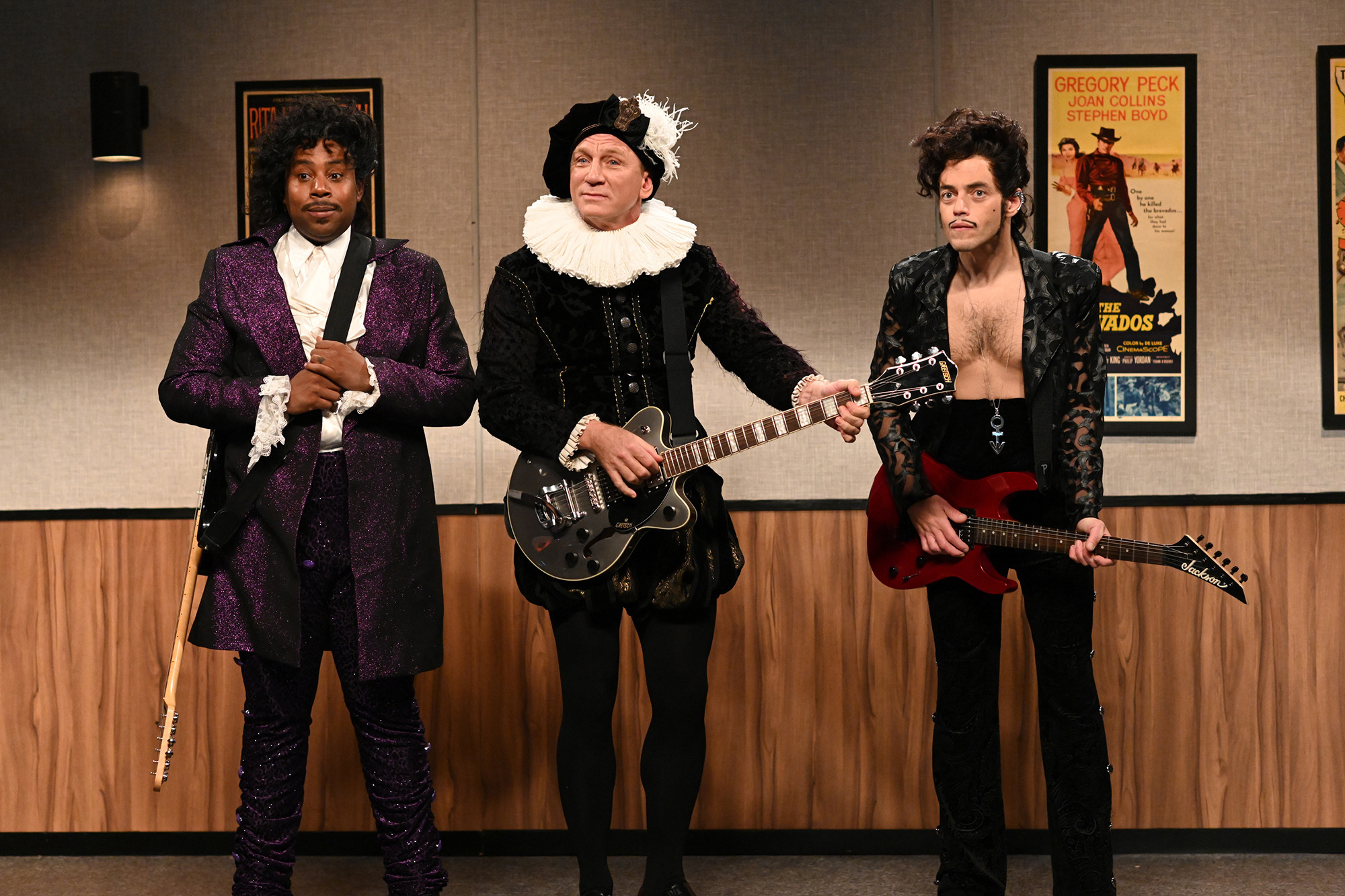 “I’ll call out random scenes from the script and you two will give me your absolute best Prince performance at the same time,” Redd added, before calling out examples, such as “Prince doing a funky lick on the guitar,” “Prince getting pelted in the legs by a football” and “Prince stepping on a LEGO.”

After the Mr. Robot alum claimed “this is bull” when the All That alum won the “part,” the Skyfall actor, 53, entered the scene in full Shakespearean-style garb.

“Am I late?” Craig asked the SNL comedians before giving an over-the-top bow, to much audience delight. “Am I too late to audition for the part of the prince?”

After Nwodim, 33, noted that he was too late, Redd clarified, “And the audition’s not for the prince, it’s for Prince, the singer,” before asking the Girl With the Dragon Tattoo actor if he read the “script.”

After the England native tried a few of the series regulars’ improvised ideas, Redd declared that it was “bad,” but offered him the part anyway since he “was James Bond.” 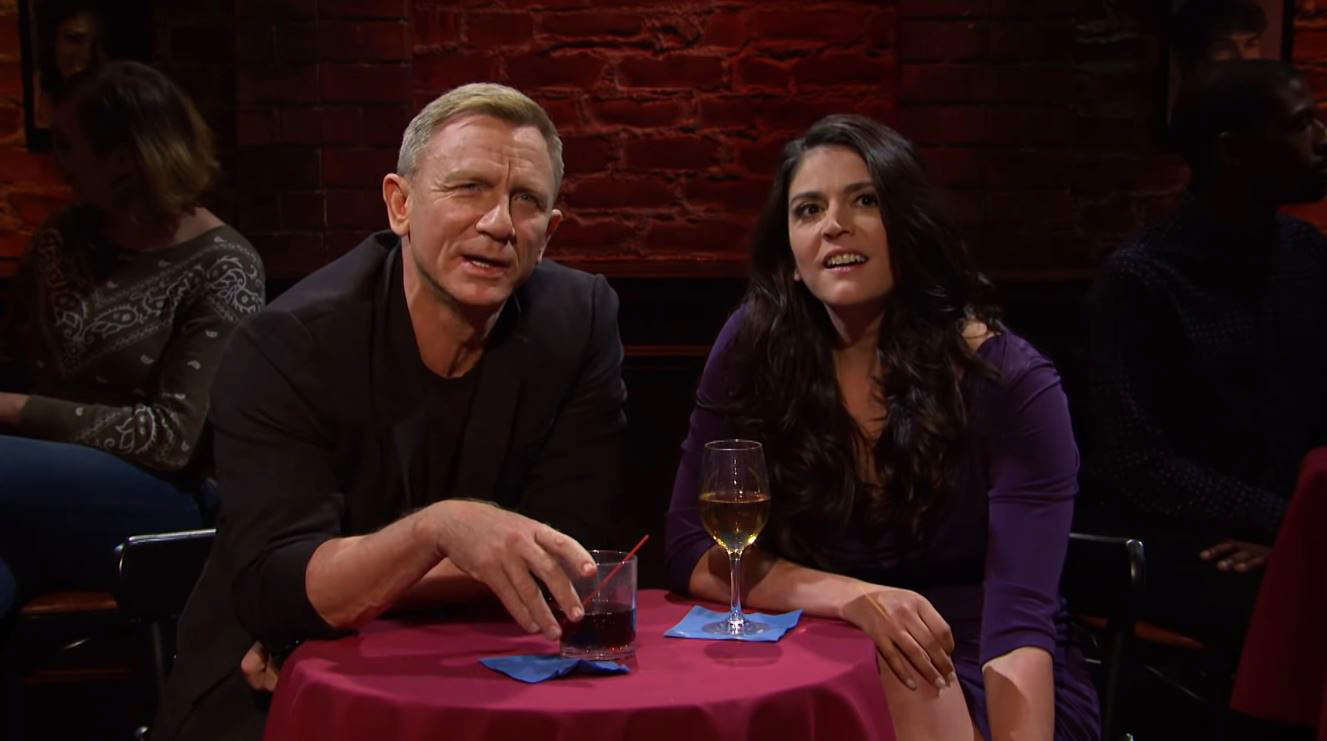 The Knives Out star also joined Malek for the “Angelo” sketch, where Craig and Cecily Strong played a couple on a date, watching an improv performance by the California native and new cast member Aristotle Athari.

“Seriously one of the most hilarious complete episodes of #SNL that I’ve [watched] tonight,” one social media user tweeted. “Rami killed it [crying laughing emoji], Bowen Yang and Kenan were the cast MVPs, and Daniel Craig cameos were so great. Also Aidy Bryant allllways cracks me up.”

Stars Who Have Played James Bond Over the Years

Though, perhaps the most talked-about moment came from Malek’s signoff at the end of the episode. After thanking the likes of musical guest Young Thug, special guest Travis Barker, the SNL team and Craig, the two actors embraced in a bear hug.

“Rami jumping in Daniel’s arm was the perfect ending,” one fan tweeted, alongside a video clip of Malek running into his costar’s arms, as another noted, “Daniel in Rami’s arms and Rami in Daniel’s arms. I love it [heart-eyes emoji].”

The action star previously hosted the late-night variety show twice, eight years apart, with his last gig in March 2020 which then saw the return of Rachel Dratch’s “Debbie Downer” to the NBC stage.

For more, watch the video above!