OXON HILL, Md. (Reuters) – The Scripps National Spelling Bee got underway on Tuesday with most young spelling aces breezing through tricky words like “kentledge” but a few striking out on stumpers like “horripilation.” . 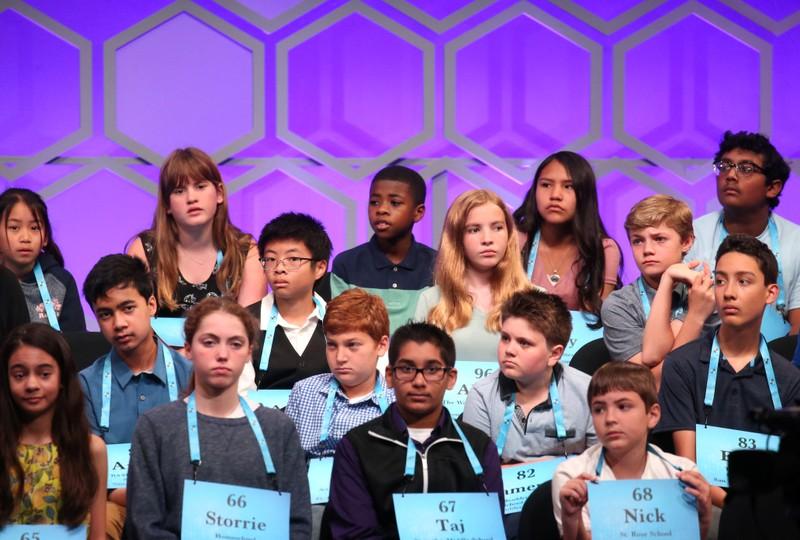 Some 562 youngsters age 7 to 15 faced off at the start of the tournament that offers a $50,000 cash jackpot. The competition concludes on Thursday with an ESPN telecast.

“My brain is dripping out my ears,” said Erin Howard, 14, of Huntsville, Alabama, who has been studying for roughly 25 hours a week since March to compete in her fourth and final year before she ages out of the national bee.

“There’s definitely a lot of pressure to do well,” said Howard, who advanced to the next round by correctly spelling the word “oyez,” a call given by a court officer to command silence and attention.

“I don’t really care about the money. I just enjoy the words and being onstage and hanging out with the spellers,” she said.

“I’m extremely disappointed,” said Krause, competing for the first time at the tournament which began in 1925.

Krause noted he spent his own money on a dictionary to prepare for the bee, which this year drew spelling aces from all 50 U.S. states, U.S. territories and six other countries including the Bahamas, Canada, Ghana, Jamaica, Japan and South Korea.

“I’m just so proud of him,” said his mother, Suzette Krause, 50, fighting back tears. “It’s hard as a mama. I don’t want to make him hate spelling.”

The event takes place at the Gaylord National Resort and Convention Center in Oxon Hill, Maryland.

The Unabridged Online version of the Merriam-Webster Dictionary is the official source of bee words, said bee spokeswoman Valerie Miller. That includes “horripilation,” which is the bristling of hairs on the skin, and “kentledge,” which is scrap metal used as ballast in a nautical vessel.

Under 2019 tournament rules, if no single winner emerges in the final round, the top prize may be split by co-winners, which has occurred six times in its history, or even tri-winners, which has never happened, said bee spokeswoman Valerie Miller.