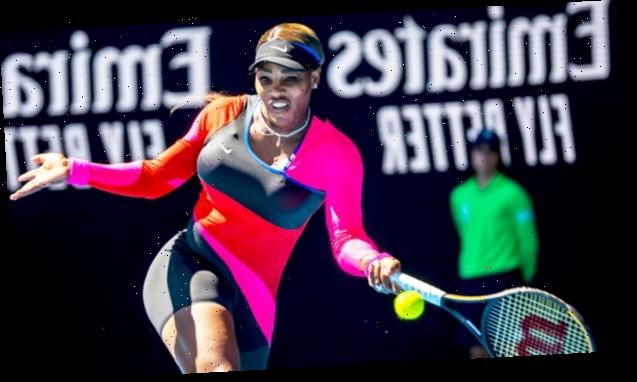 Serena Williams was noticeably shell-shocked following her loss to Naomi Osaka at the 2021 Australian Open semi-final. The 23-time Grand Slam champion, 39, attended her post-match press conference and fielded questions concerning her 6-3, 6-4 loss against 23-year-old Naomi, addressing her unforced errors, general play, and her touching gesture to the crowd after the match. During a question about her unforced errors, Serena tilted her eyes upwards and took a sip of water, before becoming choked up.

“Was it just one of those bad days at the office?” a reporter asked Serena. Upon considering the question, the tennis great put her head down to collect herself before lifting it up and uttering, “I don’t know.” Serena, with tears in her eyes, gathered her items, telling reporters “I’m done,” before swiftly exiting the press conference.

The emotional moment came just after Serena was denied a spot in the championship match at the 2021 Australian Open. The Grand Slam tournament marked Serena’s 10th appearance at a major in the hopes of earning her record-tying 24th Grand Slam title. Serena, who also made a semi-final exit at the 2020 U.S. Open, met her match in Naomi Osaka, who also beat Serena in straight sets at the final of the 2018 U.S. Open.

Upon leaving Rod Laver Arena, Serena took a moment to wave to the crowd, motioning to her heart in gratitude. Many took notice of the humble gesture, raising some questions as to whether this would be the beloved athlete’s final appearance at Melbourne Park. “I don’t know. If I ever say farewell, I wouldn’t tell anyone,” Serena quipped when pressed about the moment by the media in her press conference.

Since returning to the sport after giving birth to her daughter, Alexis Olympia Ohanian Jr., in September 2017, Serena has made the final of four Grand Slams, showing some of the most consistent tennis in the women’s game. In a few months time, Serena may have another chance to attain her 24th major title. The 2021 French Open, Roland Garros, is slated to kick off on May 17 and end on June 6, while the 2021 Wimbledon Championships will take place June 28 and conclude on July 11. Regardless of outcome, though, Serena Williams has unquestionably cemented herself as one of the greats in tennis and sports history.