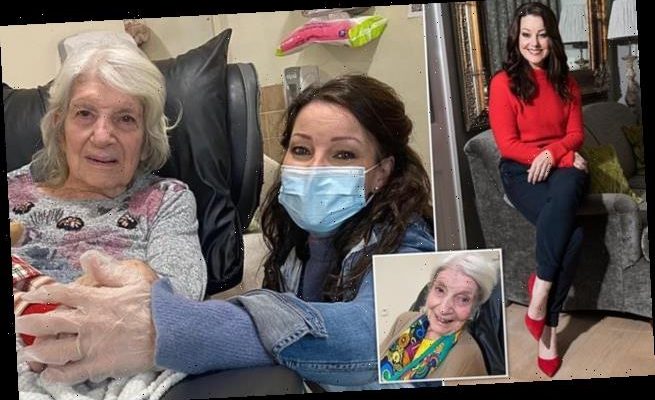 ‘After months in isolation, Mum’s eyes were bright with joy’: Ruthie Henshall gives tearjerking account of reunion with her dementia-stricken mother and rages at the scandal of care home residents dying from loneliness

They say a picture is worth a thousand words and that is surely the case with this photograph taken by theatre star Ruthie Henshall.

It shows her nestling alongside her 87-year-old mother Gloria and, while Ruthie’s face is half covered by her mask, it cannot conceal her elation. ‘It will remain one of the most beautiful days of my life,’ she recalls. ‘Because I had fought so hard for that moment and it meant so much. It was incredibly moving.’

The photo captures the first time in a year that Ruthie, 54, got to be in the same room as her beloved mum, to hold her hand and caress her hair — simple acts of love and reassurance closed off to her by the restrictions of the Covid pandemic.

Being unable to visit the Spring Lodge care home in Suffolk, where former teacher Gloria, who has dementia, has lived for four years, had left Ruthie with a permanent knot of grief at her core. ‘It was like mourning the loss of someone who has not yet died,’ she says. 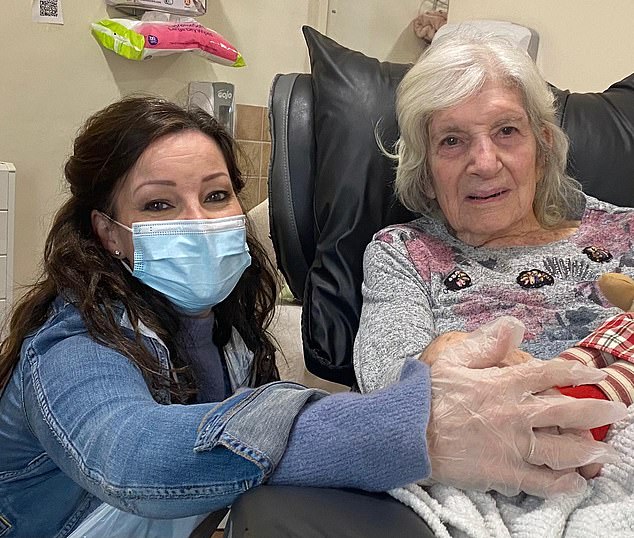 Ruthie Henshall, 54, had an emotional reunion with her mother Gloria (pictured), after being unable to visit her at Spring Lodge care home in Suffolk for a year

All that changed with that heart- warming reunion two weeks ago. ‘It took Mum about ten minutes to realise who I was but, when I put my arms around her, she kept moaning with delight, just with the touch,’ Ruthie recalls. ‘I watched the penny drop with her and, once the confusion had cleared, she wouldn’t stop looking at me. Her eyes were bright, and the joy in her was palpable.’

It’s a joy mirrored back at me today by Ruthie as, over Zoom, she recalls the details of that emotional reunion in this her first interview detailing her battle to see her mother.

But it’s tempered by sorrow, too, as she describes how the impact of these months of isolation from her loved ones — Ruthie and her two sisters Susan, 62, Abigail, 55 — have seen Gloria reduced to a shell of the woman she was.

‘Before the first lockdown, my sisters and I were taking Mum out for a gin and tonic or a cup of tea,’ Ruthie says. ‘Yes, she had dementia, but that’s how mobile and outward-facing she was. By contrast, after four months of lockdown, she couldn’t walk, she couldn’t talk, and the care home staff were having to mash up her food.’

It’s a story painfully familiar to countless others across the UK who have been separated from their loved ones in care homes, a plight highlighted by the Daily Mail.

And it’s the reason for the other emotion that is evident throughout our interview: anger at what the West End star — now a vociferous campaigner for the rights of care home residents and their loved ones — believes is little less than a death sentence every bit as devastating and dangerous as Covid.

‘I realised I had this platform, and shame on me if I didn’t use it. Dementia patients don’t have a voice. They can’t say, “please let my loved ones in”. They can’t man a picket line,’ she says.

‘I understood the need for the restrictions in the first lockdown. We didn’t have a vaccine and there was nothing to be done for those in care homes except to shield them. But we are in a very different world now. We have enough safety measures that this shouldn’t even be an issue, yet there are still people who cannot get in to see their loved ones. 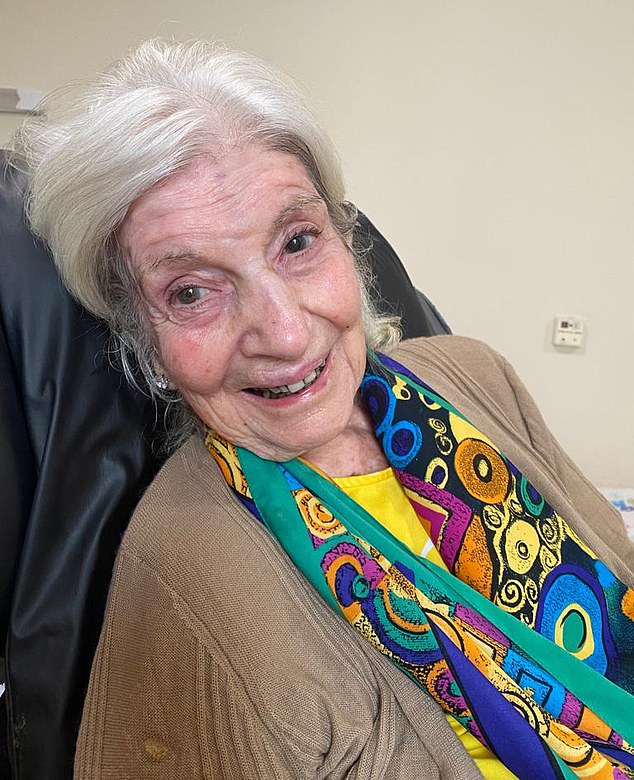 ‘The guidance states that care homes cannot impose a ‘one size fits all’ visiting policy but must conduct individual risk assessments on visits. But it’s not happening. I’m lucky the manager at Mum’s care home is understanding and has made a special effort to do everything she can but, in many homes, managers are offering all visitors the same visiting session behind a screen. This should be made criminal.

‘Care home residents are dying from lack of contact and here’s the proof: I saw Mum three times last week. I fed her, I read to her, cuddled her. And when I went in on Friday, one of the carers came to me and told me that she couldn’t believe the difference in her, that the light was back on in her eyes.

‘You have to weigh up the risks against the rewards.’

Ruthie’s own eyes light up as she reveals that Gloria is already communicating with her again. ‘I can’t always understand it, but she’s starting to speak again,’ she says. ‘On the first day, I said I could come back whenever she wanted, and she looked at me and said “tomorrow”.

‘The next day, as I was leaving, she grabbed my fingers and wouldn’t let me go. When I asked if she wanted me to come back tomorrow, she said “yes, yes, yes”. Now, a week later, she’s trying to form sentences.’

Growing up the youngest of four girls in Bromley, Kent, Ruthie — now herself a mum to Lily, 18, and Dolly, 16, by ex-husband singer Tim Howar — recalls her ‘charismatic, pretty and stylish’ mum as a force of nature, a foil to her more measured father David, a newspaper editor.

Looking back, Ruthie laughs as she describes Gloria, a drama and English teacher, as a frustrated performer. ‘I definitely got my love of drama from her,’ she says. 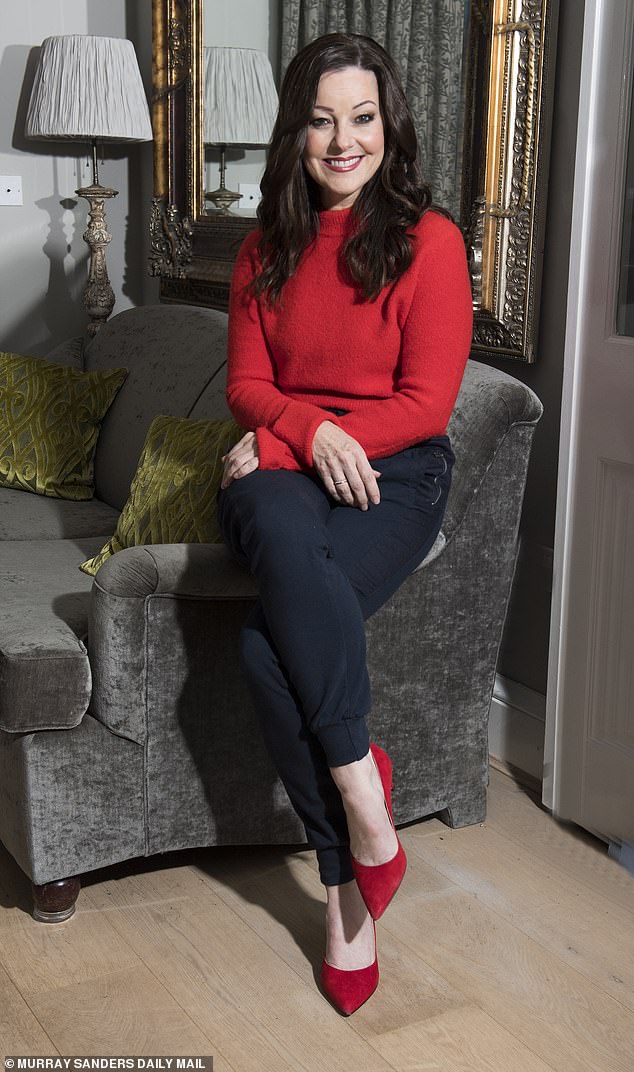 West End star Ruthie (pictured) believes ‘something died’ inside of her mother who was diagnosed with dementia four years ago, after she stopped teaching

Yet there was a lot she didn’t know, as she’s discovered from the many letters she’s received in recent months from people who have their own memories of her mum.

‘They’re people who worked with her, or were taught by her,’ she says. ‘What’s really overwhelming for me is I know Mum as Mum, but the Gloria that I am being privy to now is just extraordinary.’

She reads me one message, in which one man movingly writes of how Gloria mentored him when he was growing up as a ‘very lonely gay boy’, letting him hide in her office to avoid the PE lessons he dreaded.

‘I owe Gloria so much. She believed in me when so many didn’t and I remember her with huge affection,’ he writes. ‘I remember her glamour, her style and her wicked humour.’

While the dementia that would ultimately see Gloria move to her care home was not diagnosed until four years ago, when she was 83, Ruthie now believes that retiring was the start of a slow decline for her mother. ‘I think when she stopped teaching something died in her,’ she recalls.

The death of Ruthie’s beloved sister Noel — Susan’s twin — who took her own life in 2007 at the age of 49 when Gloria was 74, only exacerbated her retreat into herself. ‘After that I watched Mum give up,’ Ruthie recalls.

‘She started going out less and less and she became very negative; nothing was OK. It really took something fundamental from her. With my dad, it seemed to bust him open and with my mum it shut her down.’ 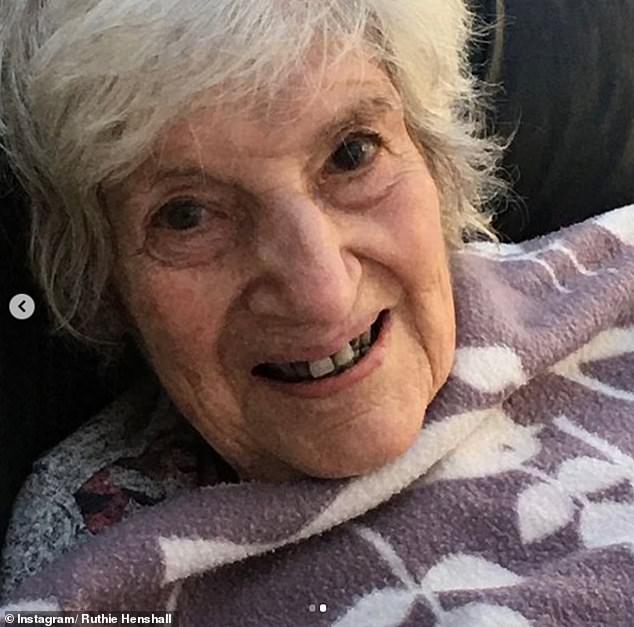 Gloria’s (pictured) condition deteriorated rapidly, after being confined to her room for almost 24 hours a day with no visitors

As she entered her 80s, Gloria’s behaviour changed again. She started to slur her words, experienced panic attacks and seemed to fall over a lot — changes Ruthie guiltily admits she thought might be caused by alcohol.

‘She loved her wine and, at first, I thought what was happening was maybe down to the booze.

‘But it became clear it was more than that. Dad was at his wits’ end and we were actually going for a diagnosis when she ended up in hospital after a fall and one of the health workers said she needed full-time care.’

It helped that both teaching assistant Susan and yoga teacher Abigail — who, like Ruthie, live within a 20-minute drive of the home — could all visit regularly, taking Gloria out for lunch or a cup of tea. The sisters also nursed their father David in his final days before he died last April aged 90 from heart and kidney failure, with Abi moving in to nurture him permanently towards the end. It was left to the sisters to break the news to their still lucid Mum over the phone — a devastating thing for anyone to have to do.

Over the next few months, confined to her room for almost 24 hours a day with no visitors, Gloria deteriorated rapidly.

‘For anybody with dementia, you are their eyes, their ears and their memories. When you take that away, it’s like taking away their life support, however brilliant the carers are — and Mum’s carers are great. At the same time, while I was devastated by what was going on, I knew everybody was trying to keep the residents safe. Care homes were under the most immense pressure and 13 people died in Spring Lodge alone.’ 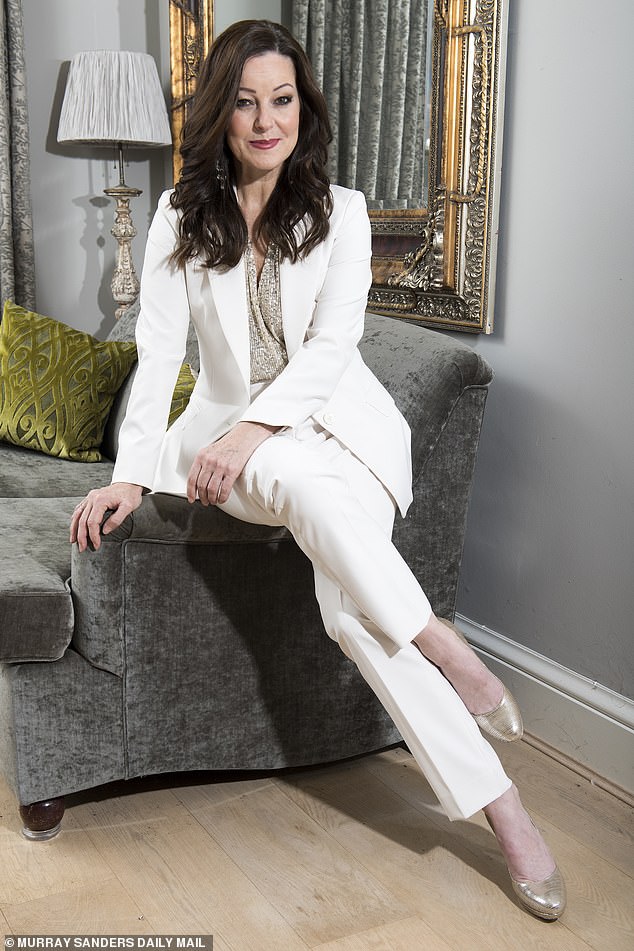 Like many people with loved ones who have dementia, Ruthie was haunted by the notion her mum felt abandoned. ‘Because they can’t retain things, so in her mind it must be that everyone’s just stopped coming to see her. It was unbearable to think that.’

Finally, at the end of last summer, it was announced that care homes would let in one visitor under strict conditions, leaving the sisters to go through the difficult and emotive process of nominating which one it would be.

‘In the end it had to be Abigail because Susan worked, and I was just about to start filming for I’m A Celebrity, so I wasn’t going to be there,’ says Ruthie.

‘I know Abigail found that hard, particularly given the ticking clock of Mum’s life. I was haunted by the idea that I could lose her before I got to hold her again.’

But as 2020 rolled into 2021, Ruthie’s anxiety turned into a mounting and visceral frustration, particularly after her mum had received her first vaccine in mid-January.

‘We had the lateral flow test and PPE; the risk was so minimal — and I still couldn’t get in,’ she says. It would take until the end of last month for the guidance to change, allowing someone to be an extension of a care team.

This meant Ruthie could, finally, make that visit after first undertaking a Covid test then, 48 hours later, a lateral flow test at the home, following which she had a half-hour wait for her negative result. ‘I felt so emotional knowing I was going to get in that door,’ she says.

Even this joyful reunion has been tinged with bittersweetness however, because Susan — as one person too many — is still unable to visit. ‘I’ve watched her cry at my mother’s window more times than I can tell you,’ says Ruthie. ‘It’s utterly heart-breaking.’

It’s a situation she would like the Government to address, and the reason she ends our interview on a plea. ‘I am begging them to do the right thing.

‘I think if you asked every single one of those people in these homes they would say, “please let me see my loved ones”. I know that’s what Mum would say.’