Sonja Morgan manages to drink wine through her face mask

“RHONY” newbie Bershan Shaw is already bringing the drama — and the insults.

The life coach got into a heated spat with the cast on Tuesday night’s episode after dubbing them “grandmas” and ripping Sonja Morgan by saying she’s a “f–king clown” who never acts seriously.

“You can never be normal,” Shaw told Morgan in the midst of the on-screen fight. “You always want to be a f–king clown.”

The drama began at the start of a group dinner during the ladies’ cast trip to Salem, Mass. — when Shaw found the conversation about the restaurant’s history and old tales of boozy nights less than riveting.

“I have to tell you, this group is a little bit boring,” Shaw said. “… I just feel like you guys are being grandmas.”

Shaw’s insults did not sit well with the women, who were only introduced to Shaw recently by “Real Housewives of New York” staple Ramona Singer.

“The audacity she has to come in and call us basically old ladies — who is she to call us anything? She doesn’t even know us,” Luann de Lesseps, 56, said in a confessional. 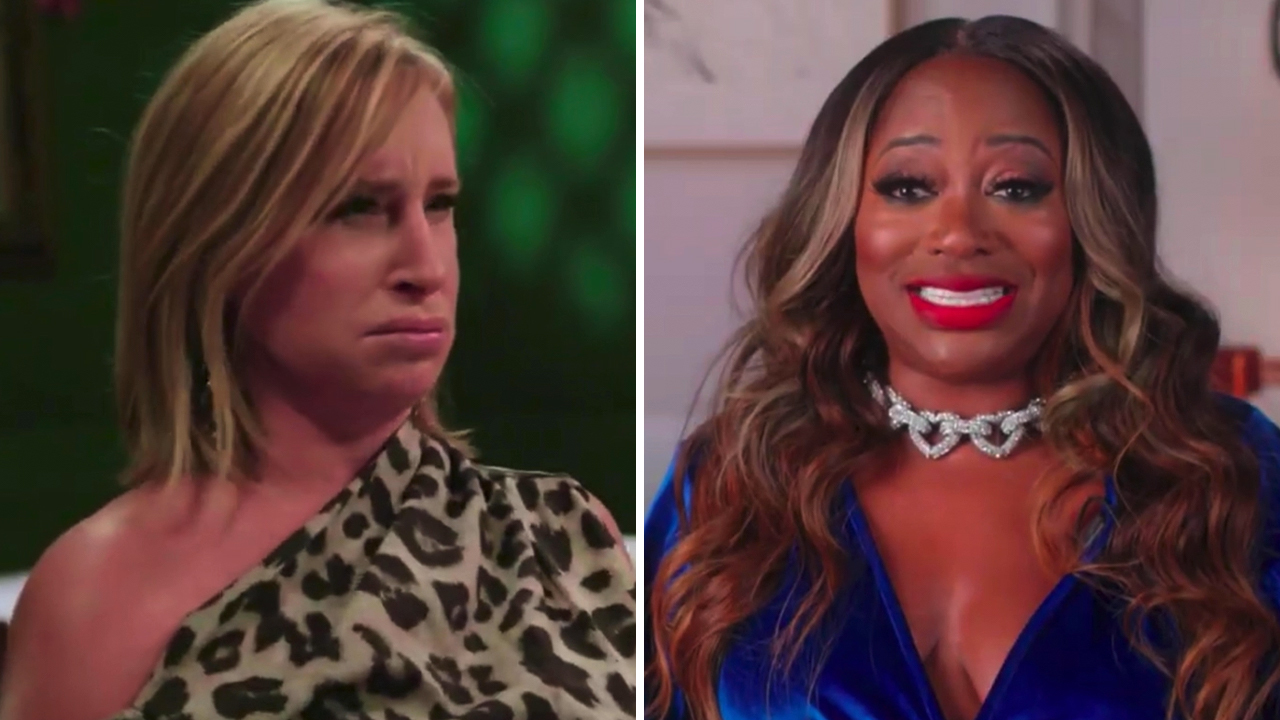 Things got even uglier after Eboni K. Williams tried to steer the conversation to more neutral ground, asking Shaw about herself. When Shaw mentioned her recent life struggles and her battle with cancer years ago, Morgan interjected and said, “I’m confused. You said we’re boring and now you want to talk about heavy issues?”

Shaw then went after Morgan, 57, mocking the way she speaks and saying she always acts like a “f–king clown” who can’t take anything seriously.

“To come in here and think you can talk to us like that, you’re sadly mistaken, girlfriend,” de Lesseps said in defense of her pal Morgan.

And all of this happened before the server even took the ladies’ orders — which Morgan used as an opportunity to snap back at Shaw.

“I need food before I drink because I’m with a judgmental group,” Morgan said. “I just want to have fun with my friends and laugh, but if I don’t eat I might act like a clown,  which may be entertaining and fun but not for Bershan.”

The fighting continued through the episode and bleeds into next week’s show. A preview clip shows Morgan and Shaw screaming at each other and appearing to get into a physical fight.

That said, things between Shaw and Morgan seem to have cooled off since filming, as Shaw recently told us that she and Morgan often text each other.