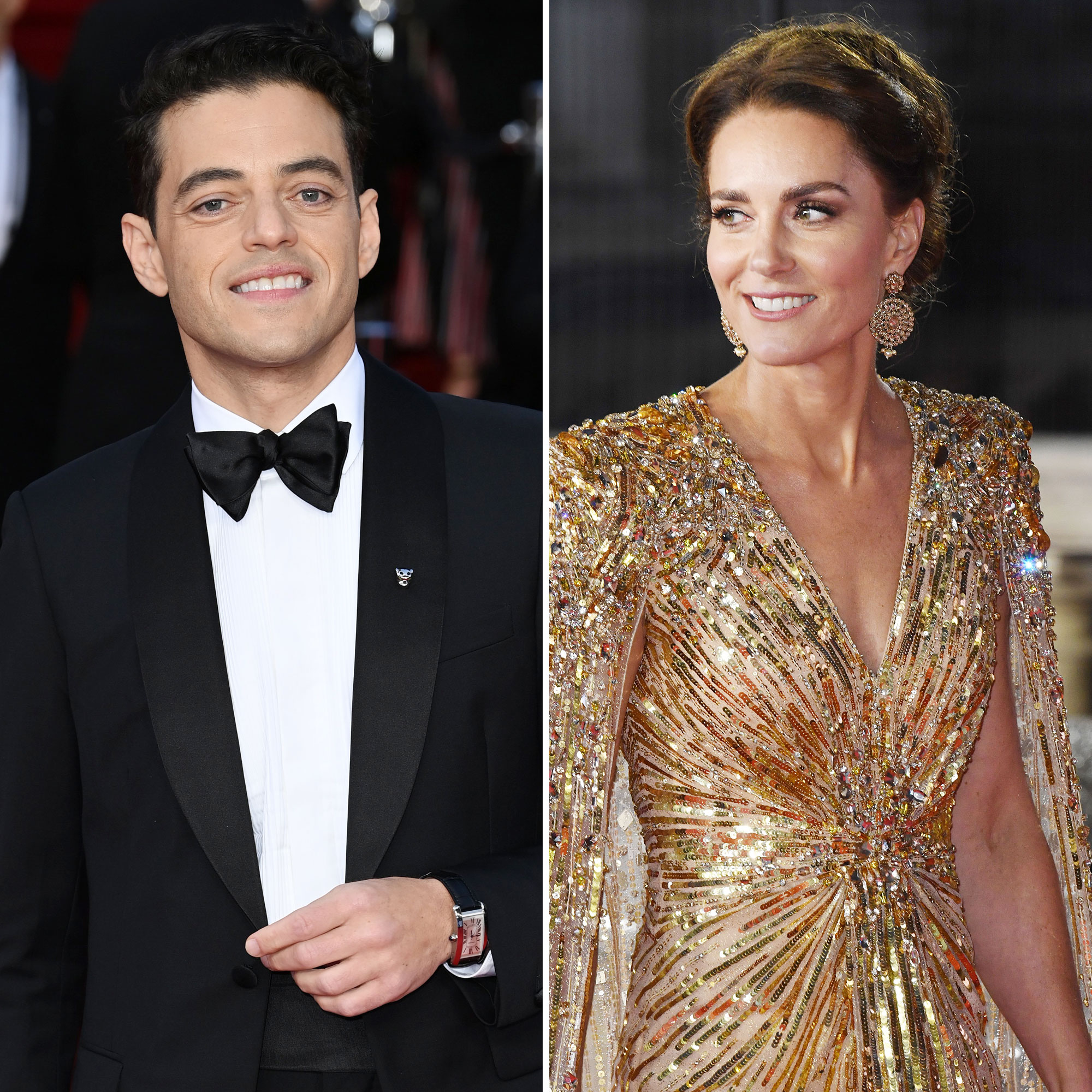 Catching Duchess Kate by surprise! Rami Malek reflected on a memorable 2019 conversation with the royal on Tuesday, October 5.

“I just looked at Princess Kate at one point [during the 2019 BAFTA Awards] and I said, ‘This must be exhausting.’ And she said, ‘Why?’ And I said, ‘You just had a baby, right?’” the actor, 40, told Jimmy Kimmel, referencing Kate, 39, and Prince William’s now-3-year-old son, Prince Louis, who arrived in April 2018. “She was taken aback, and she said, ‘How are you doing?’ And I said, ‘How are you?’ And in the most regal, elegant way she gave me a look, but you can tell. Imagine [being] dressed to the nines, having to talk to all these actors.”

The California native added during his Jimmy Kimmel Live! appearance that he even offered to babysit Louis and his older siblings, Prince George, 8, and Princess Charlotte, 6.

Since the Duke, 39, and Duchess of Cambridge are “so careful” in public, Malek thought it was “so cool” that he “caught [Kate] off guard for a second.” He said, “[She] had that look of, in the most elegant, professional, royal way, [and said], ‘Yes, it’s a lot having a kid.’”

The duchess has previously spoken about needing support as a new mom, calling parenthood a “huge challenge” in March 2017.

“Mothers take on an overwhelming responsibility of caring for their families,” Kate said during an event. “Their role is vital in providing unconditional love, care, and support at home, particularly in the early years of a child’s development. We , therefore, should do everything we can to support and value their hard work.”

During an engagement the following month, she called motherhood “lonely,” saying, “You do feel quite isolated. But actually, so many other mothers are going through what you are going through, but it’s being brave enough to actually reach out.”

The Royal Family: Get to Know the Next Generation

She and William are “on the same page” about having a fourth child, a source exclusively told Us Weekly in February.

“Having four children was always part of Kate’s plan,” the insider said at the time. “She put the idea on hold when [the coronavirus pandemic] hit, but now there is light at the end of the tunnel with the vaccine and George and Charlotte scheduled to return to school in April. She feels ready to start trying again.”