Prince William and Kate Middleton are so worried about internet trolls, they may not share a photo of Prince George on his upcoming eighth birthday.

According to royal biographer Angela Levin, the couple — who frequently share photos of their children’s milestones on social media — are fed up with commenters making nasty remarks about their son’s appearance.

“There are rumors that we might not see the photograph [of Prince George] when he’s eight, because they’ve been so upset by the rudeness of people mocking a little boy aged seven, and I hope they can overcome that,” Levin said on the UK’s True Royal TV, the Daily Mail reported.

When George, who was born on July 22, turned 7 in 2020, the Duke and Duchess of Cambridge revealed to him that he would one day be king.

According to royal author Robert Lacey, the couple wanted to control when their son found out, in part due to “William’s unhappiness at the haphazard fashion in which the whole business of his royal destiny had buzzed around his head from the start.”

Prince George recently accompanied his parents to the Euro 2020 finals last weekend, where England suffered a loss to Italy, much to George’s chagrin. 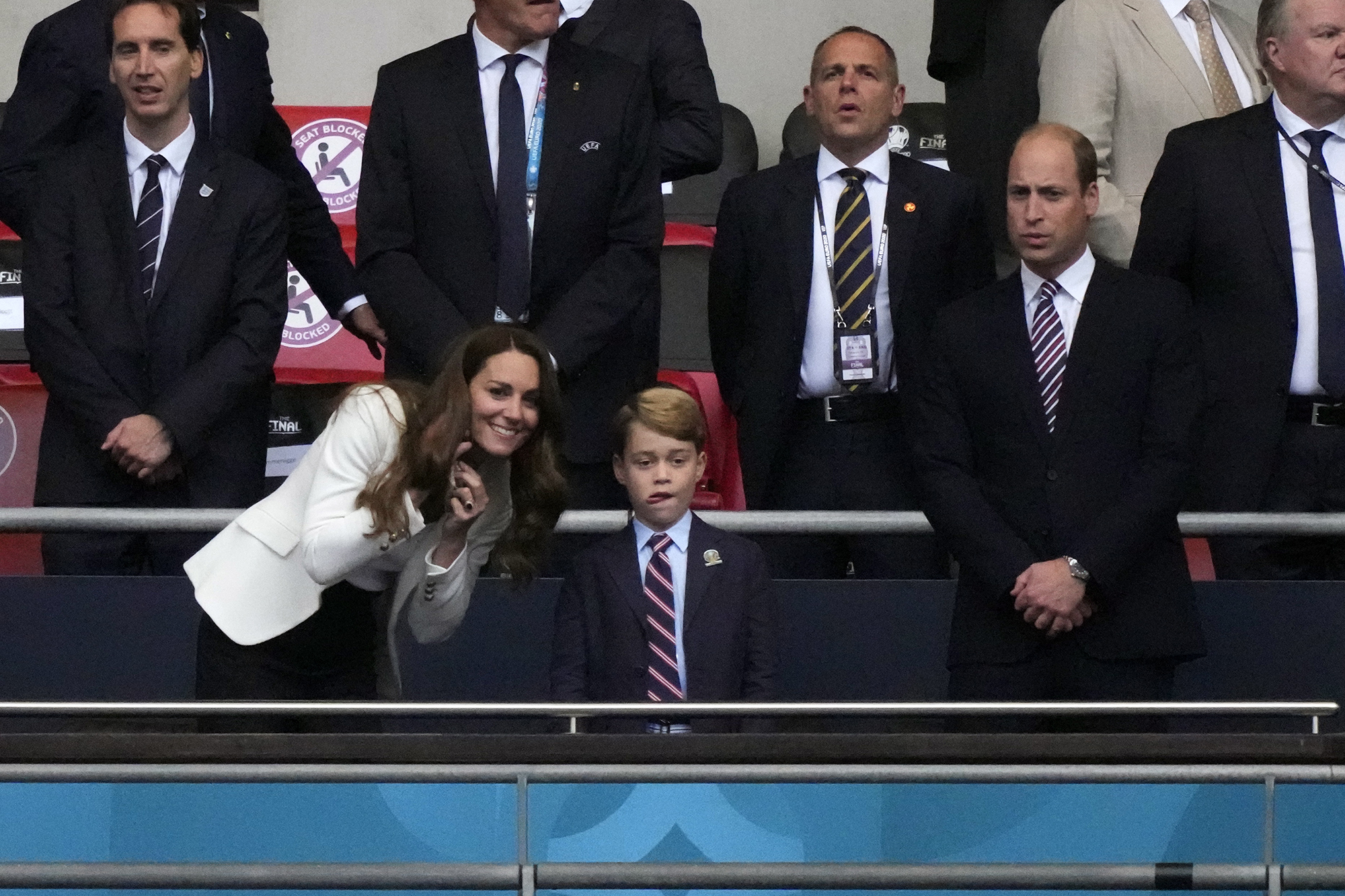 Still, royal expert Roya Nikkhah praised William, 39, and Kate, also 39, for easing George into public life with the outing, as he is third in line for the throne.

“This is an official duty for Prince George at the age of seven,” Roya explained on the same program. “It’s lovely and happy and there’s a lot of emotion.”

She added, “Getting him used to big crowds and knowing that he is being watched by millions of people – it’s quite a clever way of doing it.”