A spokesman said the pair were engaged over the Easter weekend. 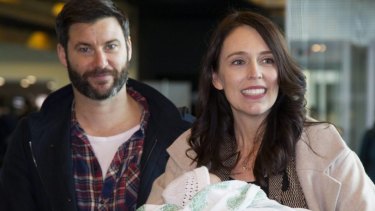 Prime Minister Jacinda Ardern and her partner Clarke Gayford may be engaged after a ring was spotted on her left hand.Credit:Ross Giblin/Stuff.co.nz

At a ceremony at Pike River on the West Coast on Friday, what appeared to be diamond ring was spotted on Ardern's left hand.

She and Gayford met at an awards event in 2012, and last year she gave birth to their first child together, daughter Neve Te Aroha Ardern Gayford, who turns one next month.

Ardern has previously denied rumours of an engagement. 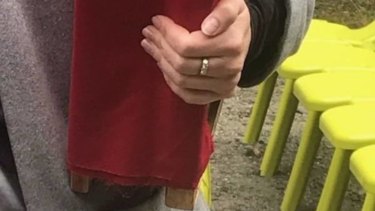 A ring was spotted on Ardern’s middle finger.
Credit:Joanne Carroll/Stuff.co.nz

When asked in a BBC interview last year if she could imagine proposing to longtime partner Gayford, she said she wanted "to put him through the pain and torture of having to agonise about that question himself".