They really ARE big kids! Hilarious snaps show embarrassed adults being CUT out of swings and slides after trying to relive their youth

A hilarious series of pictures have proven what really happens when adults try to relive their childhood.

The unfortunate men and women from across the globe, who appear to have misjudged their size, can be seen battling with a range of playground equipment after getting stuck in slides and swings.

The cringe-worthy snaps, shared to Bored Panda, show the overgrown playground lovers regretting their decision as they are cut out of the children’s climbing frames by firefighters and police.

However the fun-loving adventurers appear to take the mishaps in good humour – after a few tense moments. 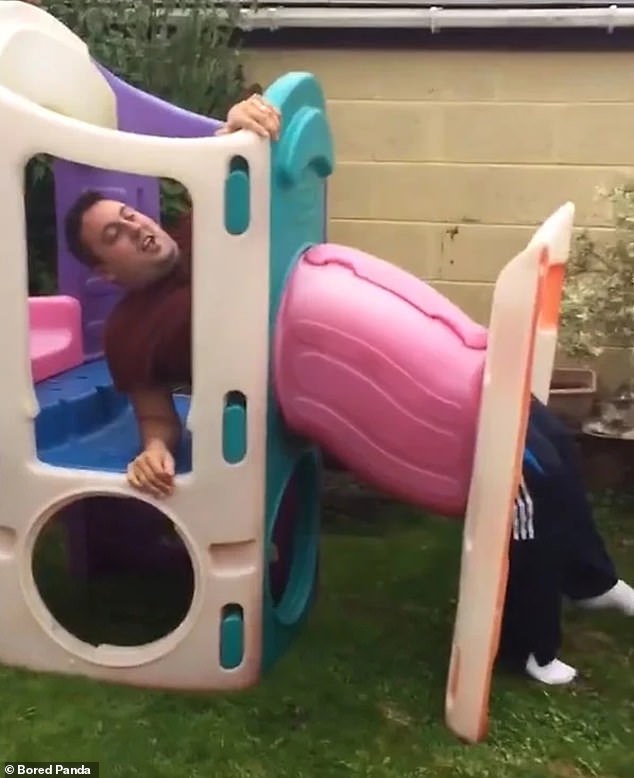 A hilarious series of pictures have proven what really happens when adults try to relive their childhood, with a Reddit user sharing a snap of a regretful dad squirming in an unsuccessful attempt to make it out of a slide 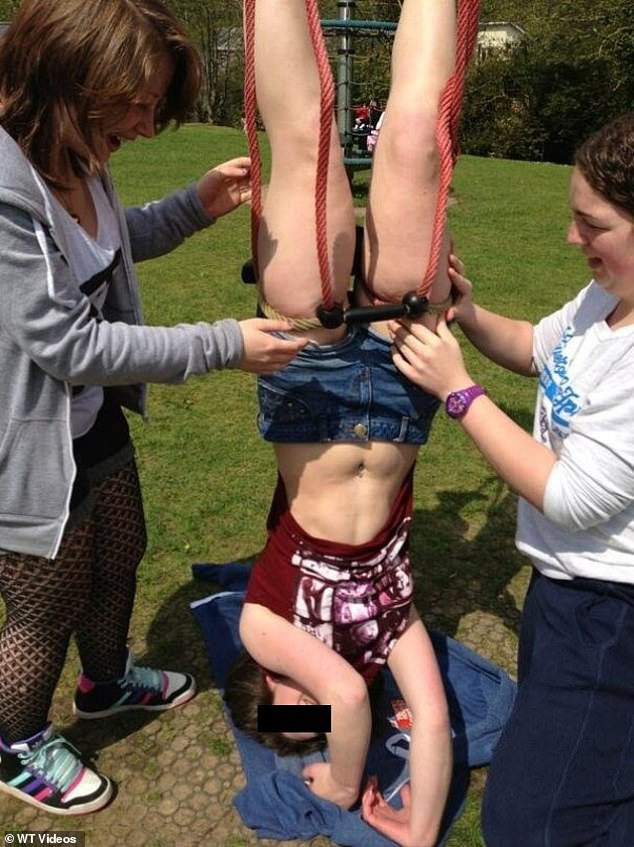 Meanwhile a picture was shared to WT Videos, which showed one poor woman balancing on her head as her pals attempted to free her from the small swing she had become trapped in 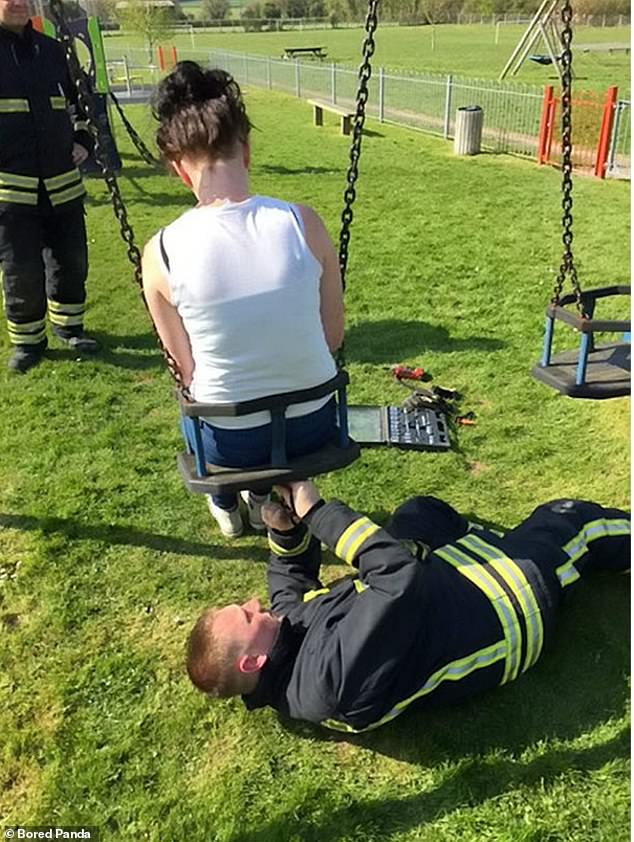 Elsewhere one woman had lost all her fight, as she sat back and let a giggling firefighter free her from a children’s swing 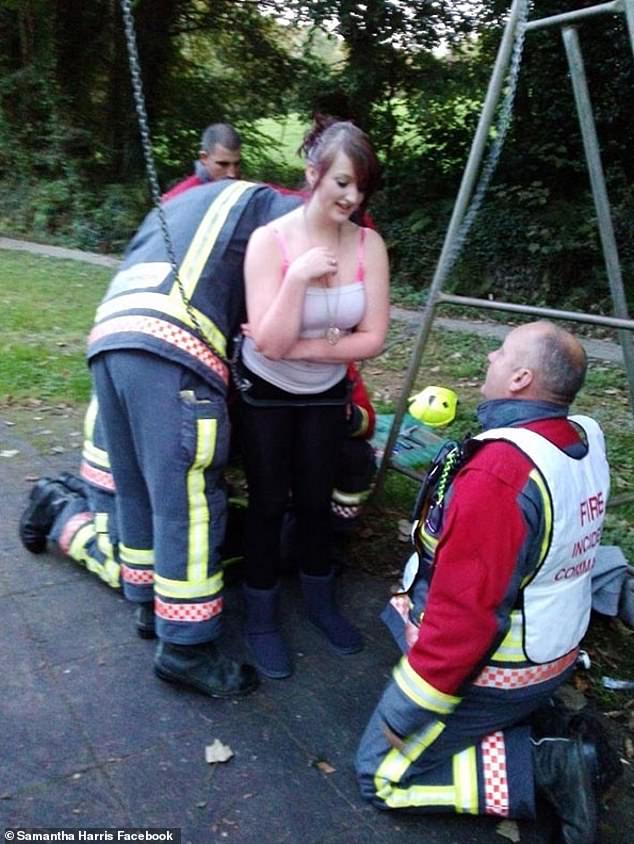 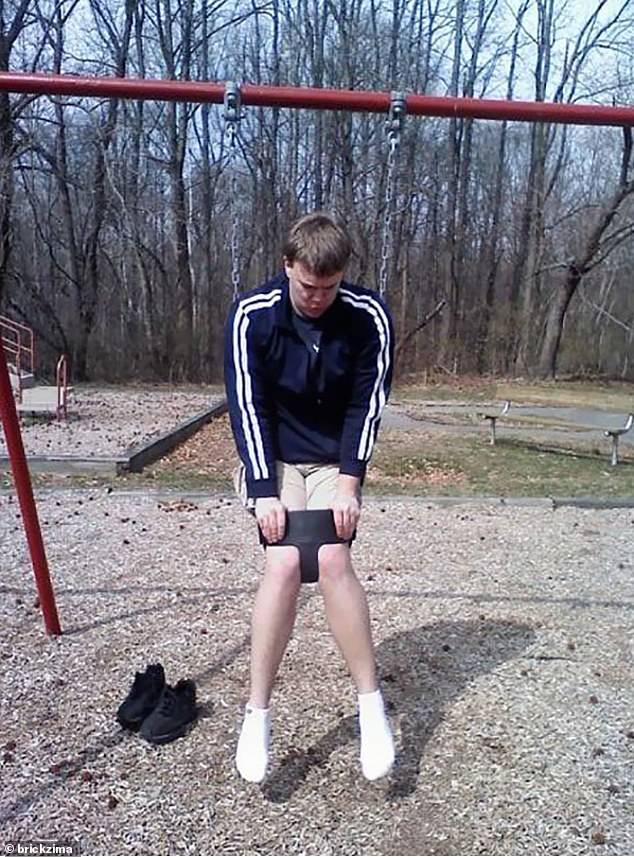 Elsewhere a regretful American Reddit user wrote of his predicament: ‘I’m 6’4″ and even when my friends helped flip me over, I couldn’t get out since I wasn’t fully touching the ground and both of my calves were wedged into the seat. My friends finally helped me get out (after laughing at me for a while, which I deserved); no firemen required.’ 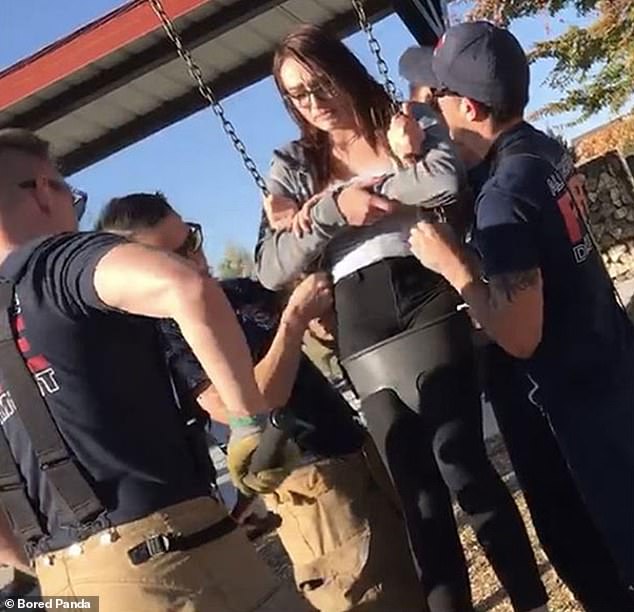 Another woman looked less than happy at being pulled out of a swing by three firefighters, but later posed with the thumbs up upon being freed 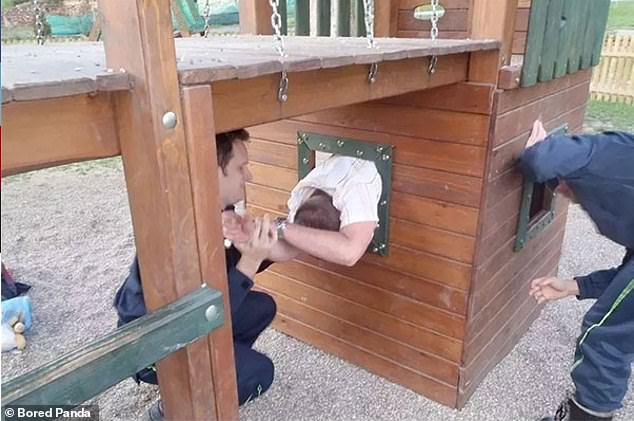 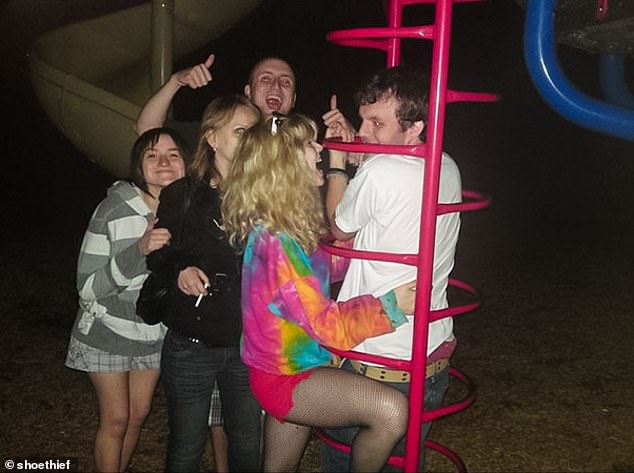 Meanwhile a group of friends appeared to find it hilarious that their pal had got stuck in a climbing frame, and decided it was the perfect photo opportunity – much to his horror 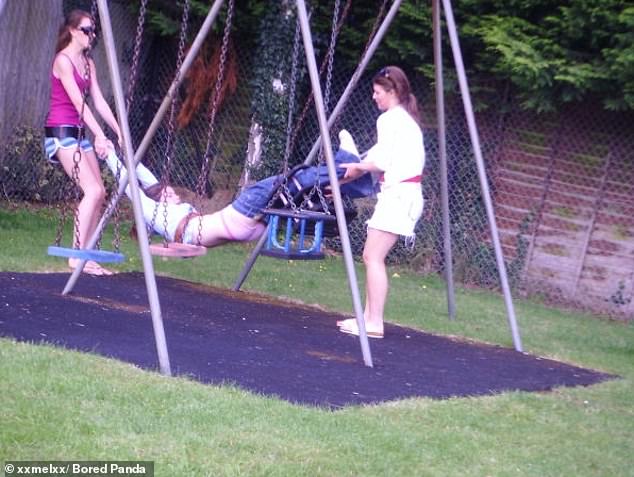 A friend in need! Meanwhile one woman put all her trust into her two pals as they grappled to pull her out of a baby swing 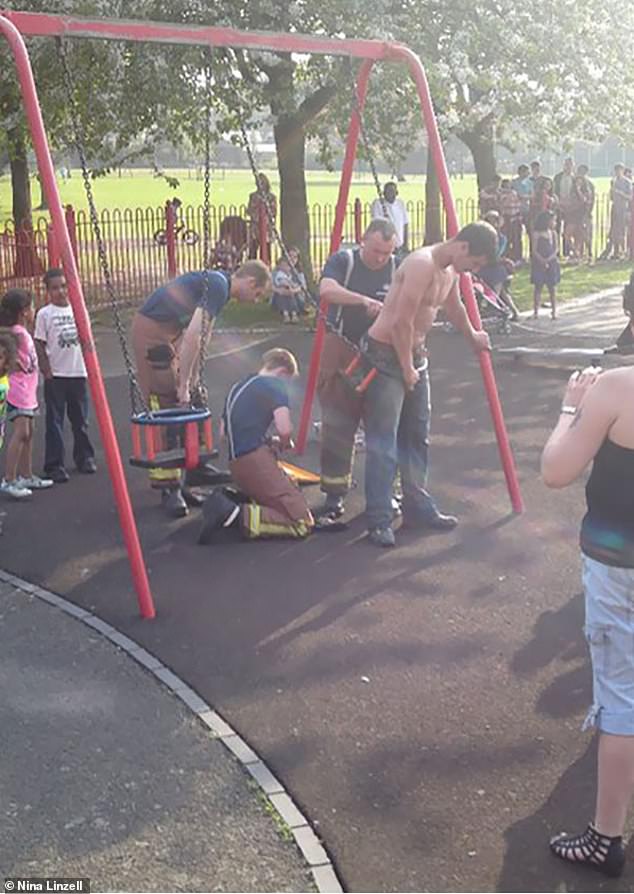 And one man became quite the playground spectacle as the fire brigade fought to free him from a small swing, as everyone looked on in delight 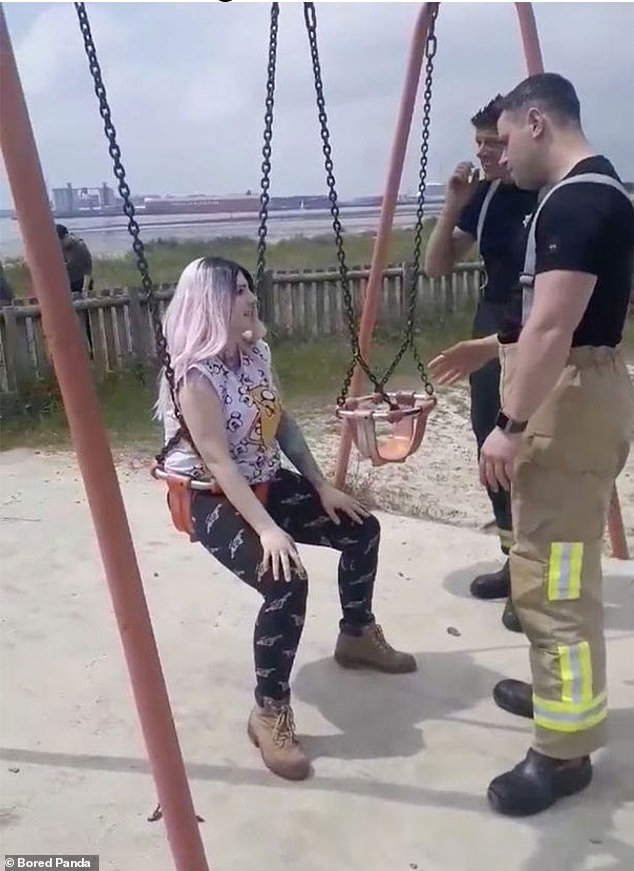 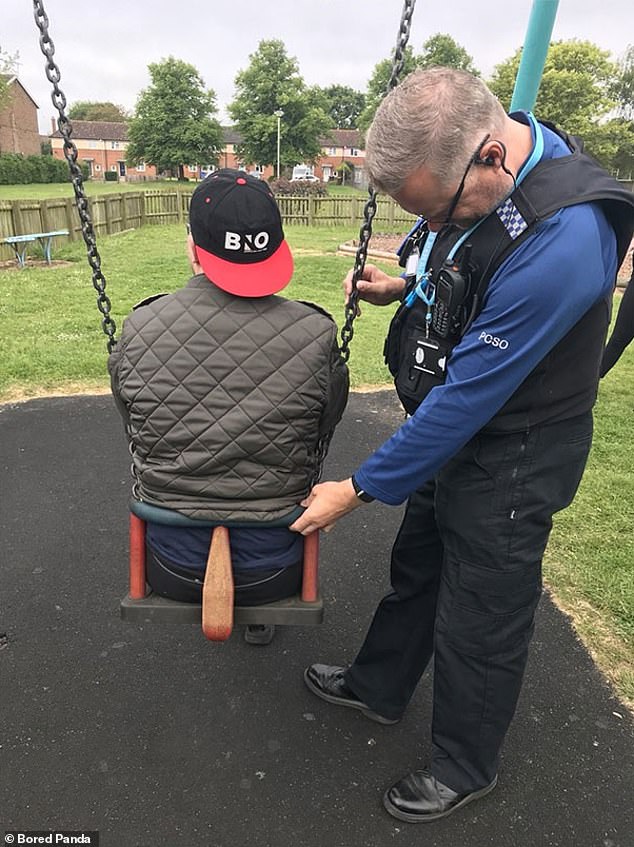