The rental market can be a tricky place when you’re a tenant.

From dodgy landlords who make you pay for their own repairs to unfair terms and living with strangers, negotiating a hassle-free housing arrangement is no mean feat.

But one man from Dublin has particularly tough living conditions as his landlord has asked him not to use his kitchen – to cook food. 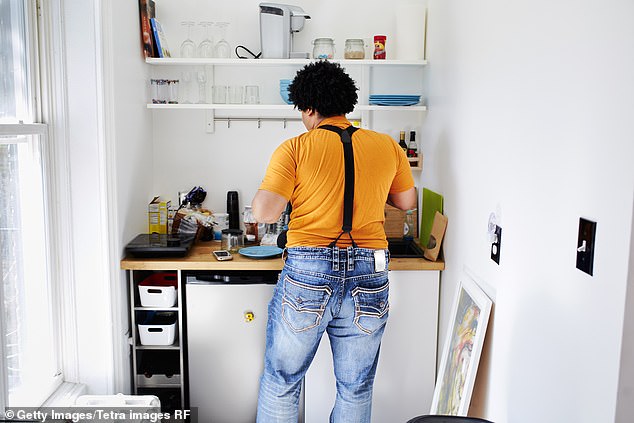 From dodgy landlords who make tenants pay for their own repairs to unfair terms and living with strangers, negotiating the housing market for generation rent is no easy feat (stock image) 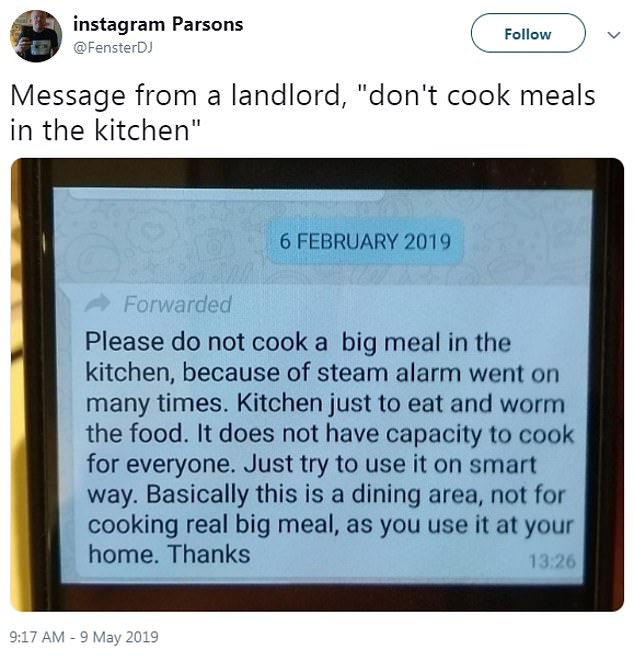 He took to Twitter to share a snap of the bizarre Whatsapp message sent to him by his landlord.

In it, the landlord ranted: ‘Please do not cook a big meal in the kitchen, because of steam alarm went on many times.

‘Kitchen is just to eat and worm the food. It does not have capacity to cook for everyone.

‘Just try to use it on smart way. Basically this is a dining area, not for cooking real big meal, as you use it at your home. Thanks [sic].’

His tweet quickly racked up thousands of retweets, with thousands replying about their own terrible experiences with landlords. 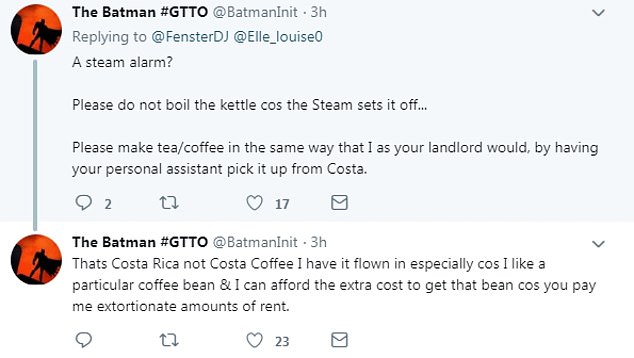 The tweet quickly racked up thousands of retweets, with thousands replying about their own terrible experiences with landlords

Many people found the last sentence in the Whatsapp message particularly jarring given that the place in question was the tenant’s home.

Others questioned the need for a ‘steam alarm’ and poked fun at the stereotype of millennials not cooking.

‘People wonder why prepared meals are even considered an expense when you can “just cook at home” when some people don’t even have the right to use their own kitchens or have access to a full kitchen,’ one tweeted. 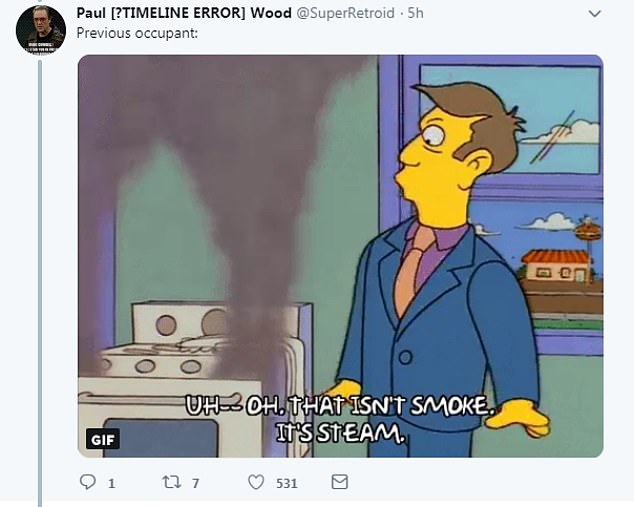 Another wrote: ‘”As you use it at your home” The hell do they think tenants pay them for? Go back to your real home, cook dinner, then come here to eat it. You don’t pay me €900 a month for somewhere to live so you can actually live here.’

A third suggested: ‘Cook a seven course meal and invite us all.

Others shared their own experiences with not-so-good landlords.

One recalled: ‘Before moving to Dublin I was looking at places online. One was €1,000 a month stating “minimal use of the kitchen” uhm no I’m paying half your mortgage for a bedroom.’

Others shared their own experiences with not-so-good landlords. One said: ‘Once had a landlord look at a damp patch in my flatmate’s room and say “Well it’s all the breathing you’re doing in here”

Another wrote: ‘In my very first flat, many years ago, we had an infestation of tiny white beasties all over our walls.. our landlord’s solution was to give us a bottle of disinfectant and a cloth to wash the walls!

‘Our clothes in the wardrobe were also covered in mould but he wasn’t interested!’

A third replied: ‘Once had a landlord look at a damp patch in my flatmate’s room and say, “Well it’s all the breathing you’re doing in here”. Flatmate just stared at her until she got embarrassed and took it back.

‘(Later we discovered the pipes at the back of the shower had been leaking for YEARS).’