Off limits? Nikki Bella opened up about what podcast topics have gotten her into trouble with fiancé Artem Chigvintsev in the past.

Nikki Bella and Artem Chigvintsev: A Timeline of Their Relationship

“A lot of stuff I say makes headlines, and [he got upset when] it was something about our sex life,” Bella, 37, exclusively told Us Weekly on Monday, October 11, while promoting her and sister Brie Bella’s “The Bellas” podcast return. “And I remember he showed me [a story] and he goes, ‘Really? I mean, you have to talk about all that?’ I’m like, ‘Yeah, good thing. Like, I put you over [the top].’ And he goes, ‘That doesn’t matter.’”

The former WWE wrestler, who shares 14-month-old son Matteo with Chigvintsev, 39, recalled thinking it was a positive to praise her man for his bedroom skills. 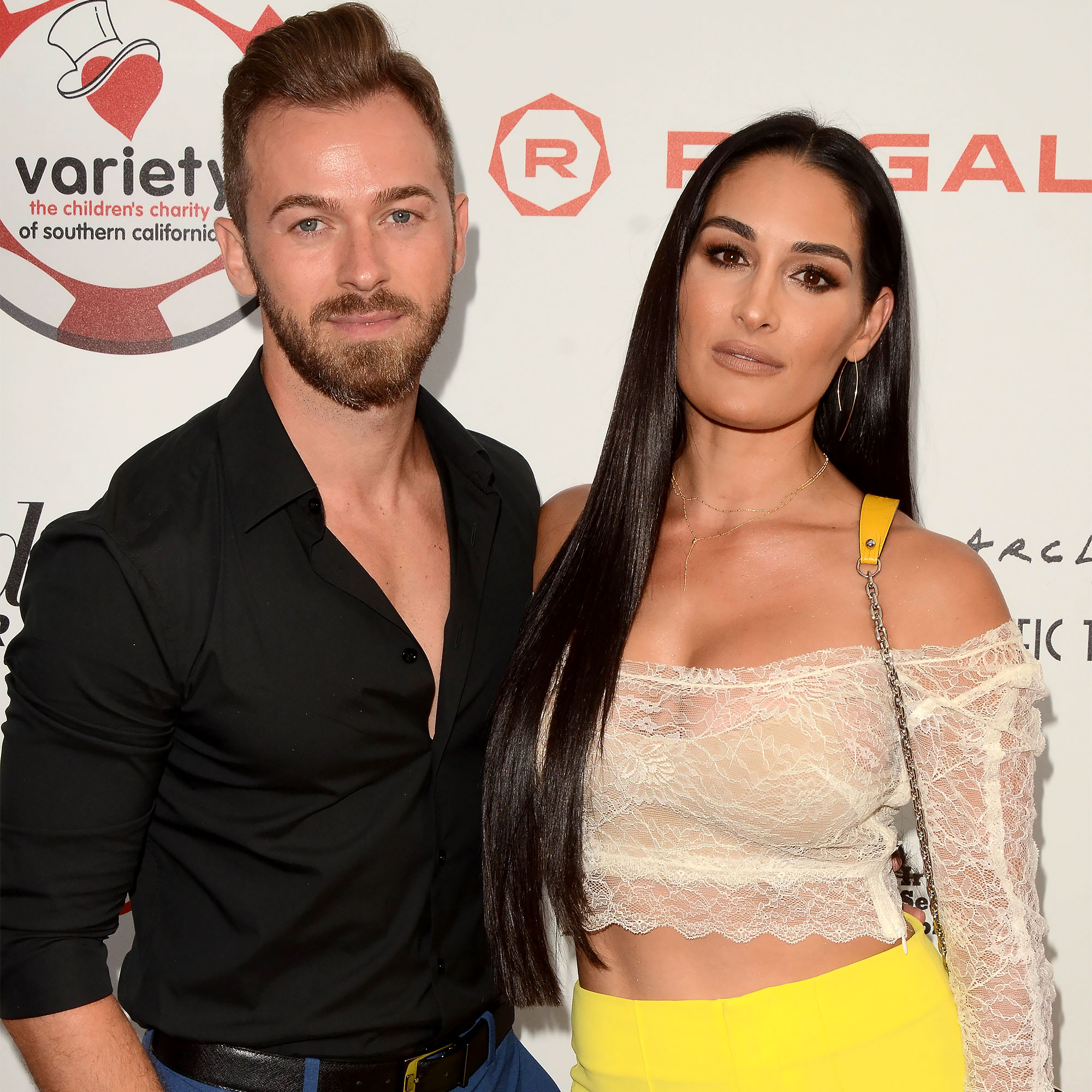 “I’m like, ‘I think that’s good. I mean, I’d like if you talked about me that way.’ Like [if you] said, ‘I was good in bed and all that,’” she explained, noting the Dancing With the Stars pro is “very private” when it comes to bedroom talk.

Nikki continued: “He gets really embarrassed with all that. And when I talked about, like, having hemorrhoids, he’s like, ‘I can’t believe you told people about your hemorrhoids.’ And I’m like, ‘It’s real life. [That’s what] it’s like to push out a baby.’”

Brie, for her part, admitted that her husband, Bryan Danielson, has also had a few concerns with how open the twins are on air.

“Bryan will always just be like, ‘When is it enough info [that] you give to everyone where you feel like it’s also OK to be private?’ And I told him, ‘I was put on earth to be as open as possible. So people know it’s OK,’” Brie, who shares Birdie, 4, and Buddy, 14 months, with Danielson, 40, told Us. “I’m like that’s my purpose to just be fully honest, authentic, raw and real so that other people can listen and be like, ‘Thank goodness I’m not alone.’”

Nikki further explained that Chigvintsev’s issues about her speaking about their sex life hasn’t affected their chemistry. His role as a dancer on the ABC series, however, has put some strain on their relationship at times.

“This has been probably the biggest test in our relationship just because we have a son, and now, I’m here and we can’t see each other,” the Total Bellas star said, noting she’s at home in Napa, California, while he’s in Los Angeles. “But there’s been a lot of sexy FaceTimes.”

Nikki revealed that she asked the Russian dancer to start sending her “sex texts,” but he declined.

Dancing With the Stars’ Hottest Hookups

“Artem is not like that. I still haven’t gotten a sex text, but I did throw it out there,” she continued. “I was like, I need to read something dirty from you.”

Outside of keeping in touch with her fiancé and raising their son, Nikki is focused on reviving her and Brie’s podcast. The “Bellas” podcast launches on November 3 after initially planning to start back up in June.

“We truly connect with so many listeners, so many fans, so many Bella army members that we were like, we need to revamp this, and we need to make it more meaningful and even better and make a bigger impact,” Nikki told Us. “That’s why we’ve delayed it, because we’ve really been working hard with our new team and ourselves on, like, ‘How can we make this podcast better than ever?’ We want to [make it] where every week when you tune in, you’re taking something away, whether it’s a lot of laughs something inspirational, something that just makes your day even better.”