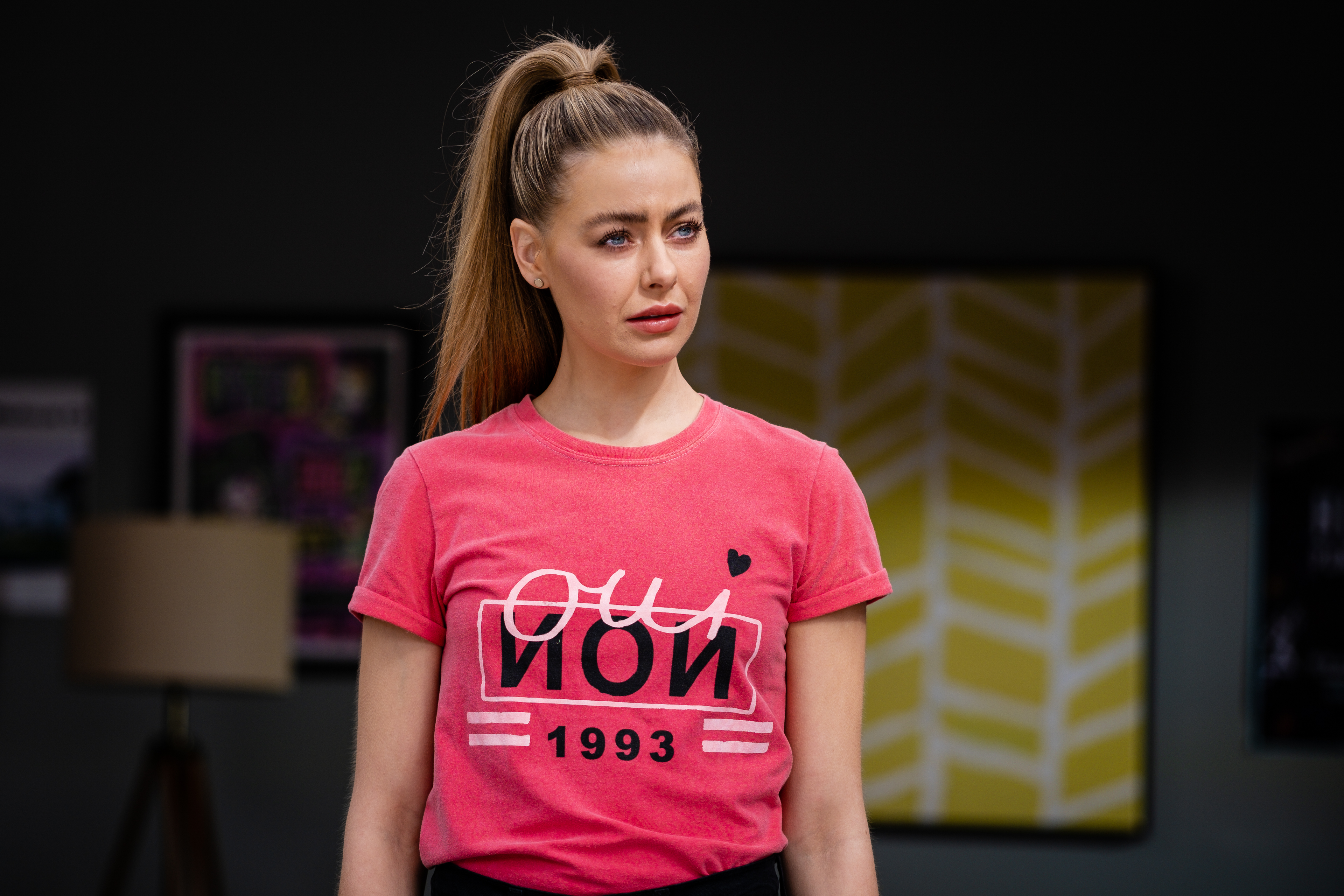 Chloe Brennan (April Rose Pengilly) could be set to depart Neighbours before the credits roll on the final episode, as she makes a huge decision about her future in upcoming scenes.

The news, understandably, renders her housemates speechless, and Chloe can’t help but feel guilty about such a thing, but there’s more going on than meets the eye, as a familiar face returns.

Subsequent scenes will see No. 24 officially go on the market, and the house in question proves to be hot property, as a potential buyer comes forward almost immediately, much to Chloe’s delight.

There could be conflict on the horizon, however, as more than one former Ramsay Street favourite is interested in putting their money where their mouth is.

The question is: who will come out victorious?

That remains to be seen.

Chloe, meanwhile, receives another surprise visitor as the week comes to an end, and this returnee offers her everything that she’s ever wanted.

Is Chloe set to leave Erinsborough for a fresh start elsewhere? What’s more, just who is this familiar face?

All will be revealed next week, in a series of episodes that you seriously do not want to miss.