A BRAVE little girl who had been battling a rare childhood cancer has died in her mother’s arms.

Little Elara Foxley was diagnosed with stage 4 neuroblastoma in 2019 after her mum Nicky took her to see a GP when she discovered strange bruises on her baby’s face. 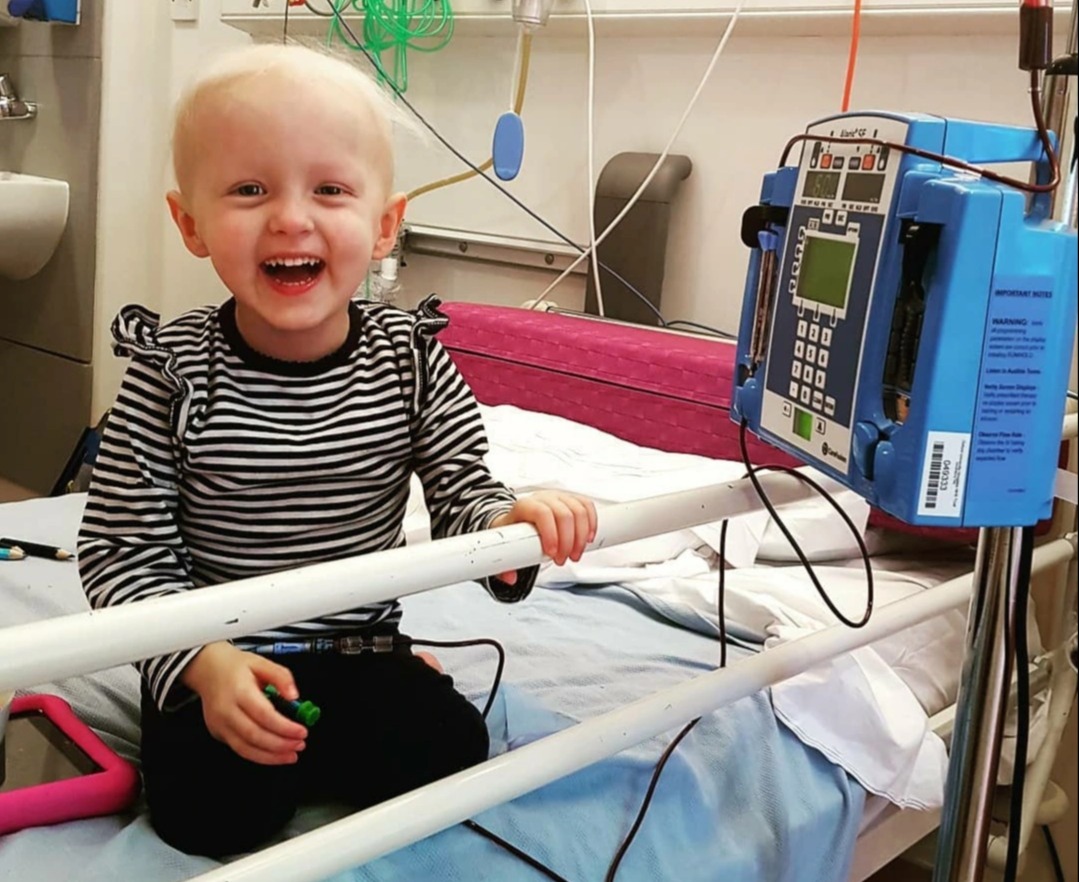 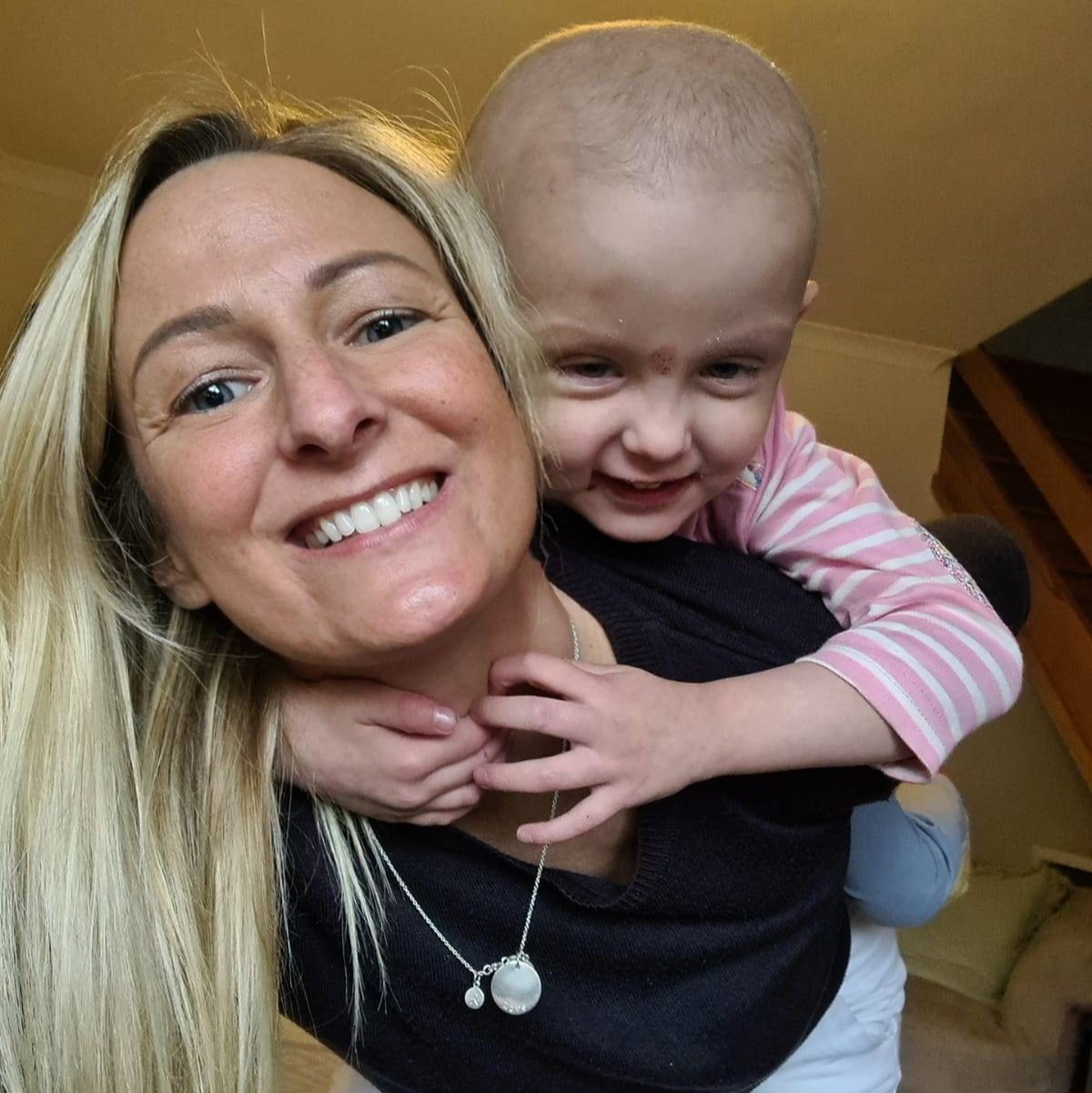 Doctors referred the family to John Radcliffe hospital in Oxford for scans and it was found that the Elara’s blood tests were abnormal.

A consultant checked Elara’s tummy and told Nicky he thought it was cancer, it was later confirmed to be neuroblastoma.

Despite responding well to intensive treatment including surgery, high-dose chemotherapy, and radiotherapy, her cancer returned in February.

Devastatingly, after being told there was nothing more that doctors could do, Elara died peacefully in her mother Nicky’s arms the following month, aged three years old.

In her final months, Elara’s family were supported by charity Neuroblastoma UK.

Now, in order to honour little Elara’s life and to help the charity that supported his friend, three-year-old Ruairí Maher has become the youngest person to conquer Scafell Pike, in the Lake District, Cumbria.

The intrepid youngster’s charity challenge was made in the company of his father in memory of Elara.

Nicky, 38, from Henley-on-Thames, told of how when Elara and Ruairí first met, they immediately became friends.

She said: “Ruairí is a fantastic little boy. As babies, he and Elara immediately became firm friends.

“As they grew older they would play so wonderfully together; all the musical instruments out, Elara would ‘read’ Ruairi books, they would share cakes and ice creams, clean the floor together, Ruairi would teach Elara about rubbish trucks and even serenaded Elara with guitar before dinner one evening!

“The loss felt in tragically losing Elara extended a great deal to the Maher family.  Their presence and support in the lives of Elara and I is beyond compare.

“Their passion to keep Elara’s memory alive through their conversations with their children is heart-warming for me. Ruairí loves Elara. 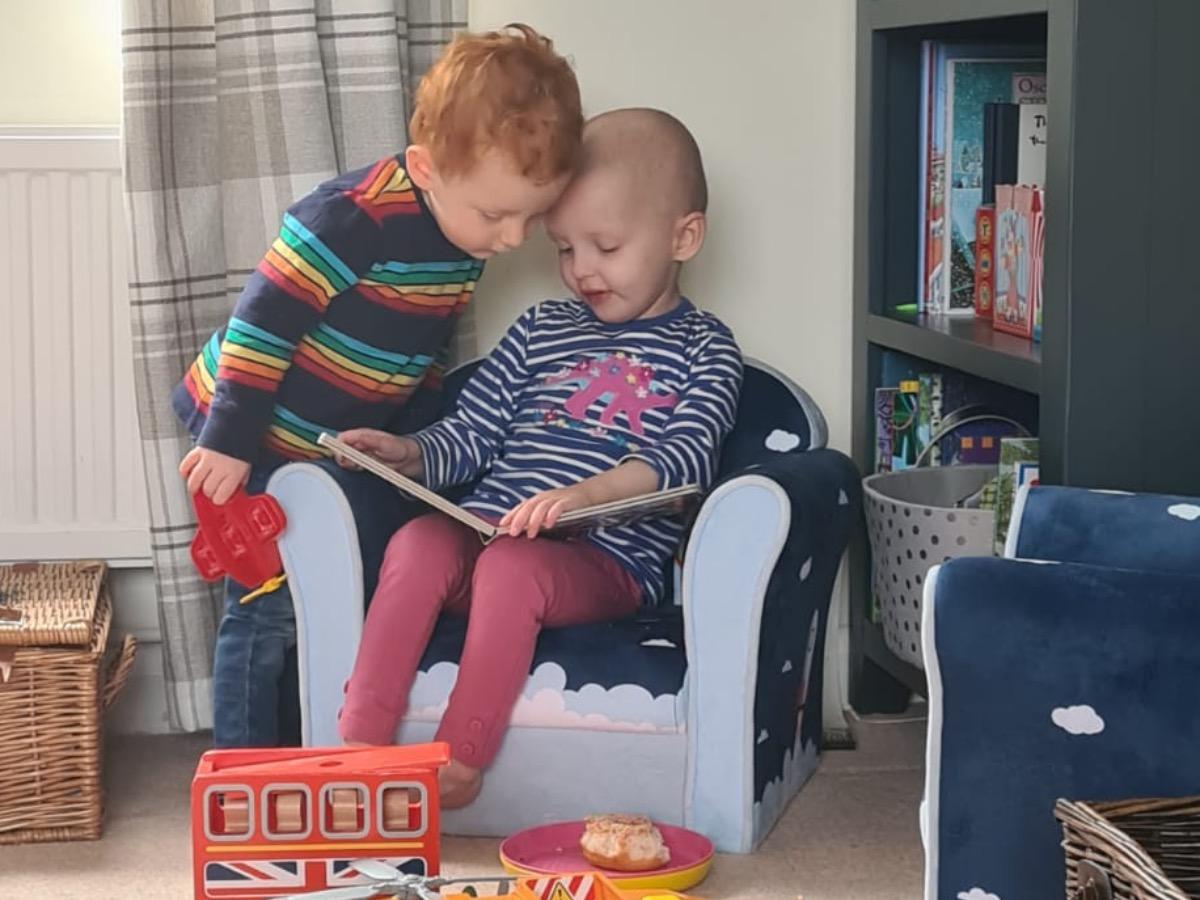 “He truly gets that she is missed and, for such a young age, innocently understands the huge gap left by her absence.”

Nicky was shocked when she learnt of Ruairí's challenge but said that she understood that for the youngster, it was all about ‘getting to speak to his friend in heaven’.

On the day of the hike, with his mum Amy, 34, and little brother Oscar, one, watching from below, Ruairí reached the 3,209ft summit of England’s highest peak unaided – motivated, in the youngster’s words, ‘to help them fight the monster that took my friend away’.

After a celebratory ride on his father’s shoulders it was back down again before the family left the Lake District and returned to their Witney home.

At the age of three years and 201 days, Ruairí’s three-and-a-half hour ascent beats the achievement of the previous record-holder, Jaxon Krzysik.

The pair were inspired by Elara’s brave fight and Ruauri’s parents thought it would be a good idea to help him process the loss of his friend.

Mr Maher, 42 said: “We are keen to keep Elara fresh in Ruairí’s memory and we always talk about her.

“So we told him that with her now in heaven, the tallest mountain in England would be the best place for him to say 'Hello' to Elara.

“I’m not sure he fully understands yet, but he knew he wanted to climb a mountain for his 'little star in the sky' to raise money for 'doctors to help poorly children'."

On the day, a snack schedule helped ensure Ruairí didn’t flag – a banana a quarter of the way up, then a cookie at the halfway mark, followed by a piece of cake when he got three-quarters of the way to the summit.

“All the other walkers were amazed to see someone so young and small, especially with a huge smile on his face. They really gave him encouragement, and by the time we got near the top there were hundreds of people applauding him over the last few steps.”

Once at the summit – which was disappointingly shrouded in cloud – Ruairí said an emotional hello to the friend he had lost before a celebratory ride on his father’s shoulders.

They also unfurled an Irish tricolour as a tribute to his paternal grandfather, who died before he was born.

Then it was down the mountain to be reunited with his little brother and mother, a family lawyer.

“He was pretty shattered, but the adrenaline kicked in again after we got him a medal and a certificate,’ said Mr Maher. Then after a couple of hours he completely crashed and fell asleep!”

Mr Maher said he had now promised Ruairí a trip to London for a formal handover of the cheque.

The money raised by his efforts will help fund vital research into neuroblastoma.

So far his fundraising figure is approaching £2,400, but the family hopes more will be pledged in coming days.

“We've tried to explain to him what raising money for good causes actually means and I've never seen such a determined three-year-old, so he definitely understands what he was taking on and why,” added his father.

“We really couldn’t be more proud.”

Neuroblastoma is a type of cancer that develops in nerve cells that have been left behind from their development in the womb.

It usually develops in the adrenal glands next to the kidneys but can also form in the spinal cord, neck, chest, pelvis or abdomen and is able to spread to other organs.

It is unknown what causes the cancer but it affects around 100 children in the UK every year with many of them under five.

The outlook for children diagnosed with the condition varies and mainly depends on if the cancer has spread.

What are the signs and symptoms of neuroblastoma?

The early signs and symptoms of neuroblastoma can be very hard to spot, especially in young babies as they can be mistaken for other common conditions.

However, according to NHS Choices, signs and symptoms of neuroblastoma include:

No-one is more grateful for their achievement than Elara’s mother, Nicky. Nicky said: “I am blown away that gorgeous little Ruairí, and his Daddy managed that climb.

“A tough and gruelling incline on his little legs. Ruairí was unstoppable and Danny took the opportunity to fundraise for a very important and very special charity".

Katherine Mobey, fundraising manager at Neuroblastoma UK said: "We are so grateful to Ruairí, his family and of course Nicky for their support in such difficult times.

"Tragically, like Elara, around half of children with high-risk neuroblastoma will not respond completely to treatment or will relapse.

"If they do relapse, their chances of long-term survival are less than 10 per cent. We must do more to give these children more treatment options and save more young lives.

"As a charity, we receive no government funding and amazing fundraising challenges like Ruairí’s are crucial in helping us fund much-needed research into this rare and aggressive cancer."

To support Ruairí and Neuroblastoma UK, visit his fundraising page. 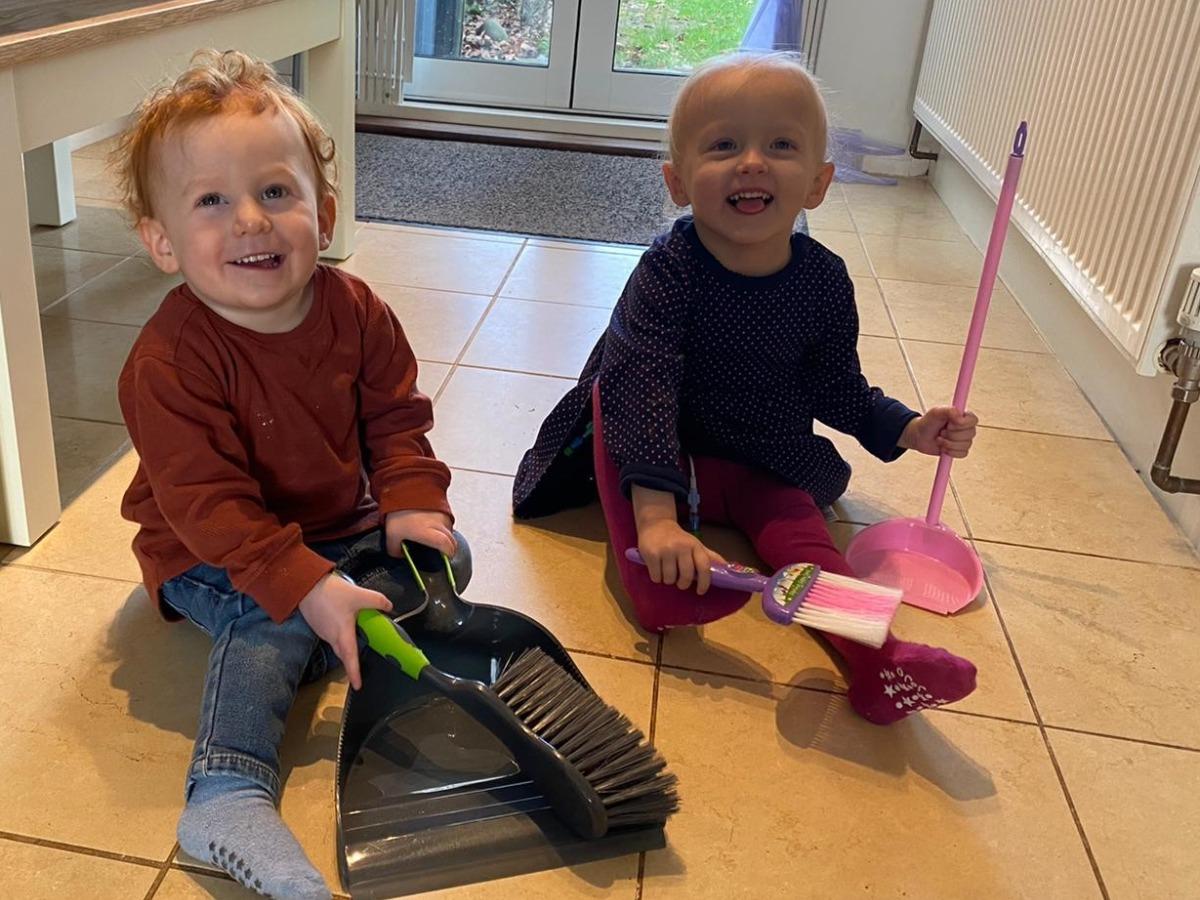 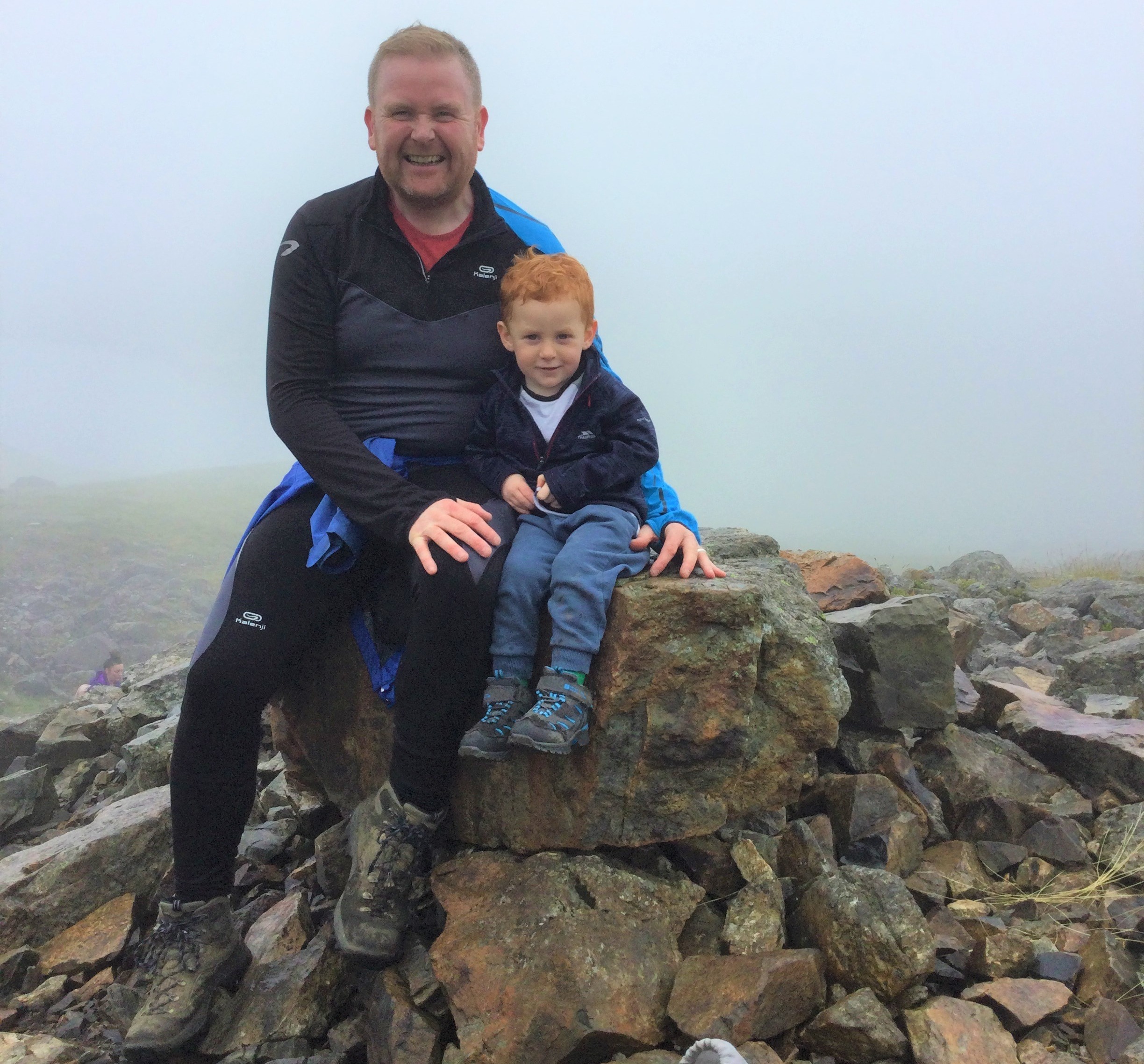