How to transform your dirty mattress in MINUTES: Mum uses water and a $3.35 dental product to make her old bed look brand new again

Posting anonymously in an Australian household group on Facebook, she said she mixed two ‘Polident’ capsules with 250ml of warm water and sprayed the solution over the marks until they disappeared.

After drying in the sun for a few hours, she said the mattress looked almost as good as new with hardly a trace of the stains that had seeped into the folds of the fabric. 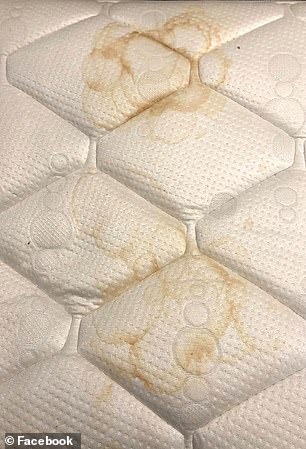 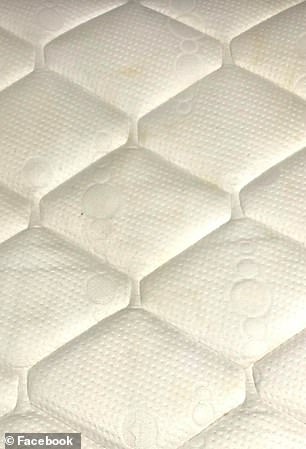 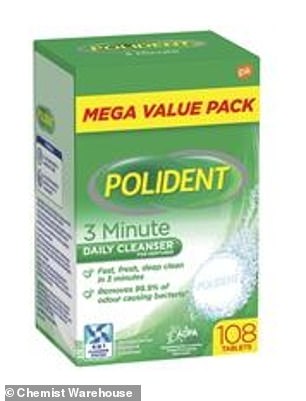 Polident denture cleaning tablets, on sale at Woolworths for $3.35 this week

Packs of 36 Polident tablets are currently reduced from $5.65 to $3.35 at Woolworths Australia-wide.

People were impressed by the hack, with many promising to test it out on their own stained beds.

‘Lucky I haven’t had to get dentures yet, I think there’s going to be shortage on Polident!’ one woman said.

‘Sweet! I’ll be giving this ago for sure. Thank you for sharing,’ said another.

A third said: ‘Oh my God now that’s one tip I hope I remember.’

‘Well I know what I’m doing this weekend,’ said a fourth.

A fifth said she was about to buy a new mattress online before seeing the post, and now plans to try the stain removal trick instead.

But one woman who tried the trick previously warned she’d been left with ‘little blue specks’ all over her mattress.