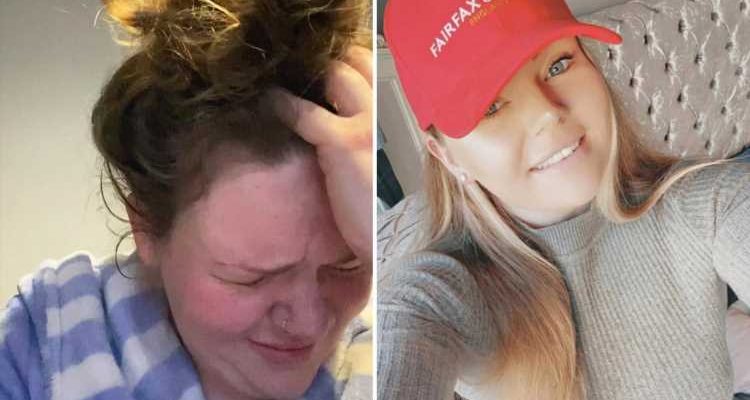 A MUM-of-two is plagued with nightly headaches so painful she claims it's worse than childbirth.

Megan Mackellar has what has been dubbed "suicide headaches" every day after a horrific accident when she was 11. 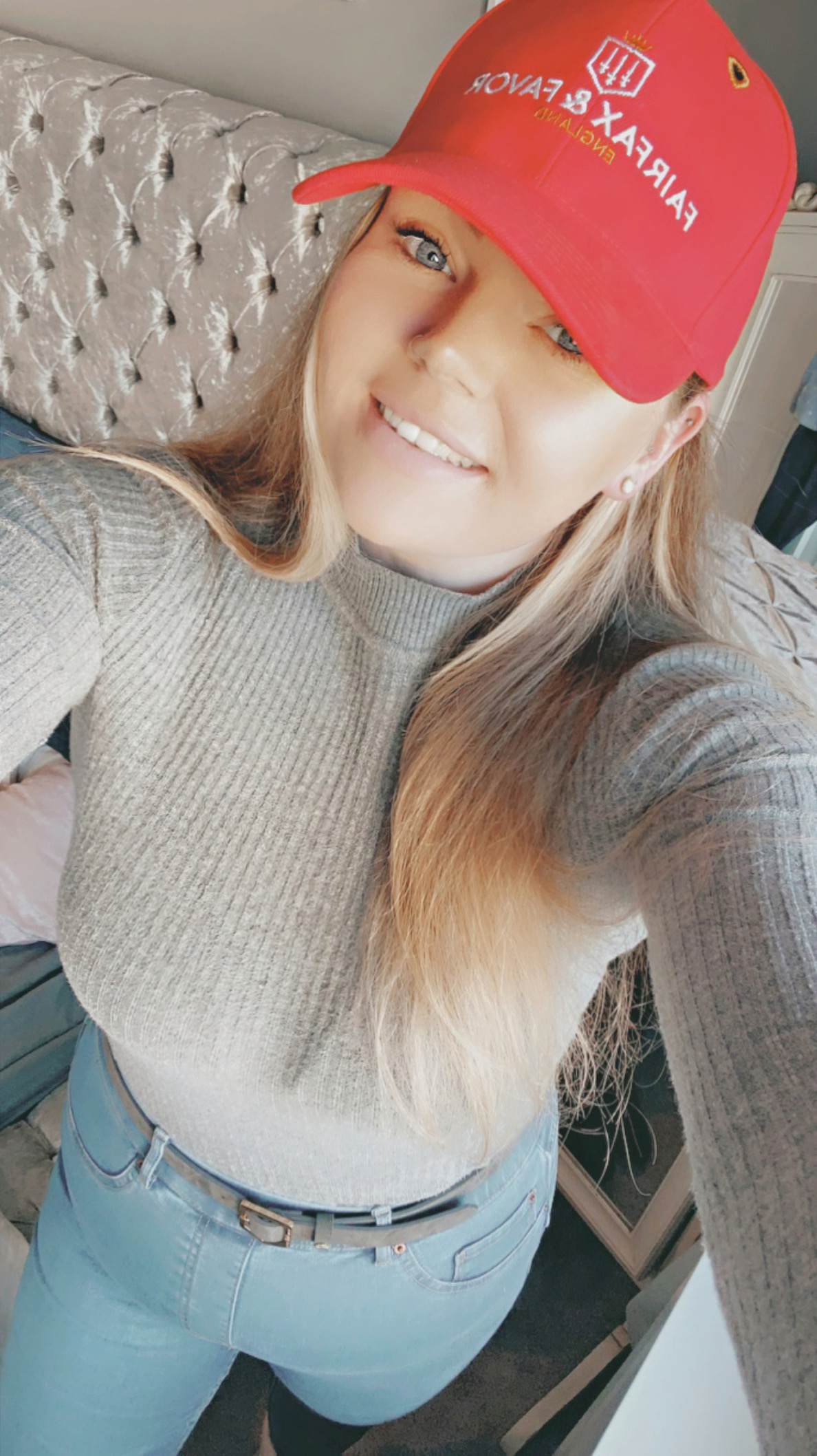 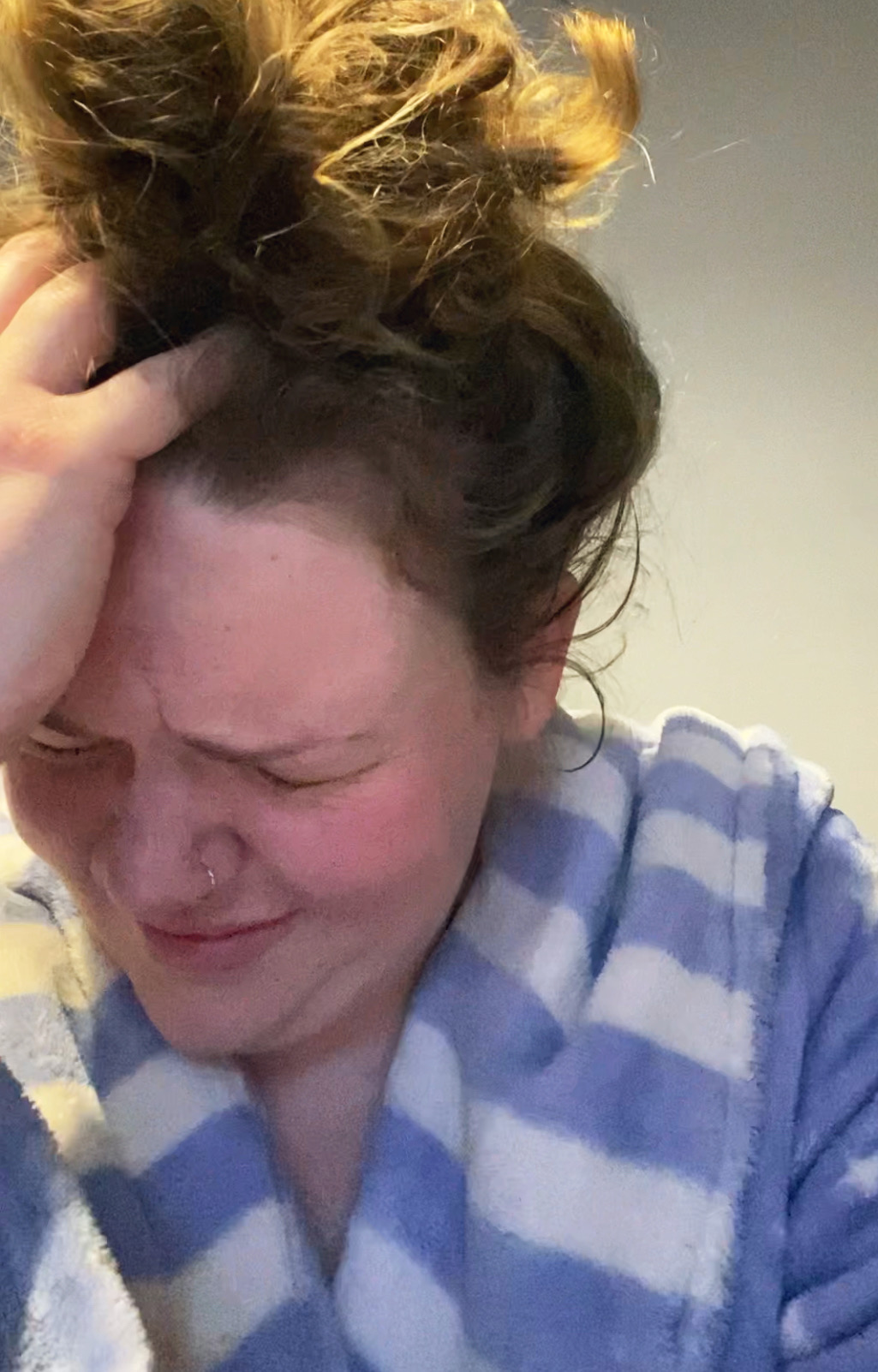 It took 13 years for the mum, from the Isle of Wight, so be diagnosed with the cluster headache.

They are often referred to as "suicide headaches", as the pain is so excruciating and can often lead to suicidal thoughts.

The 26-year-old had her first one age 11, when she came off a horse and was left unconscious.

The condition, also known as the "alarm clock headache" due to its severity, is said to affect one to two people per 1,000 of the UK population.

Megan said: “Growing up, I could have these cluster headaches up to six times a day, two hours long. But everyone assumed it was ‘just’ a headache.

“I went to the doctor and was repeatedly misdiagnosed and given the wrong medication, or inaccurately prescribed painkillers.

“The pain was so unbearable, like someone repeatedly shoving a hot poker into my eye socket, rummaging it around, then pulling it out.

“It affected every aspect of my life. I had to drop out of university and I had zero social life because I feared having an attack in public.

“I would rather pop out 50 kids without pain relief than suffer another cluster headache.

“I was so relieved to be diagnosed – but I wouldn’t want anyone else to suffer as I have.”

Megan was "horse mad" growing up, and would often ride her a pal’s horse, practicing jumping and cantering. 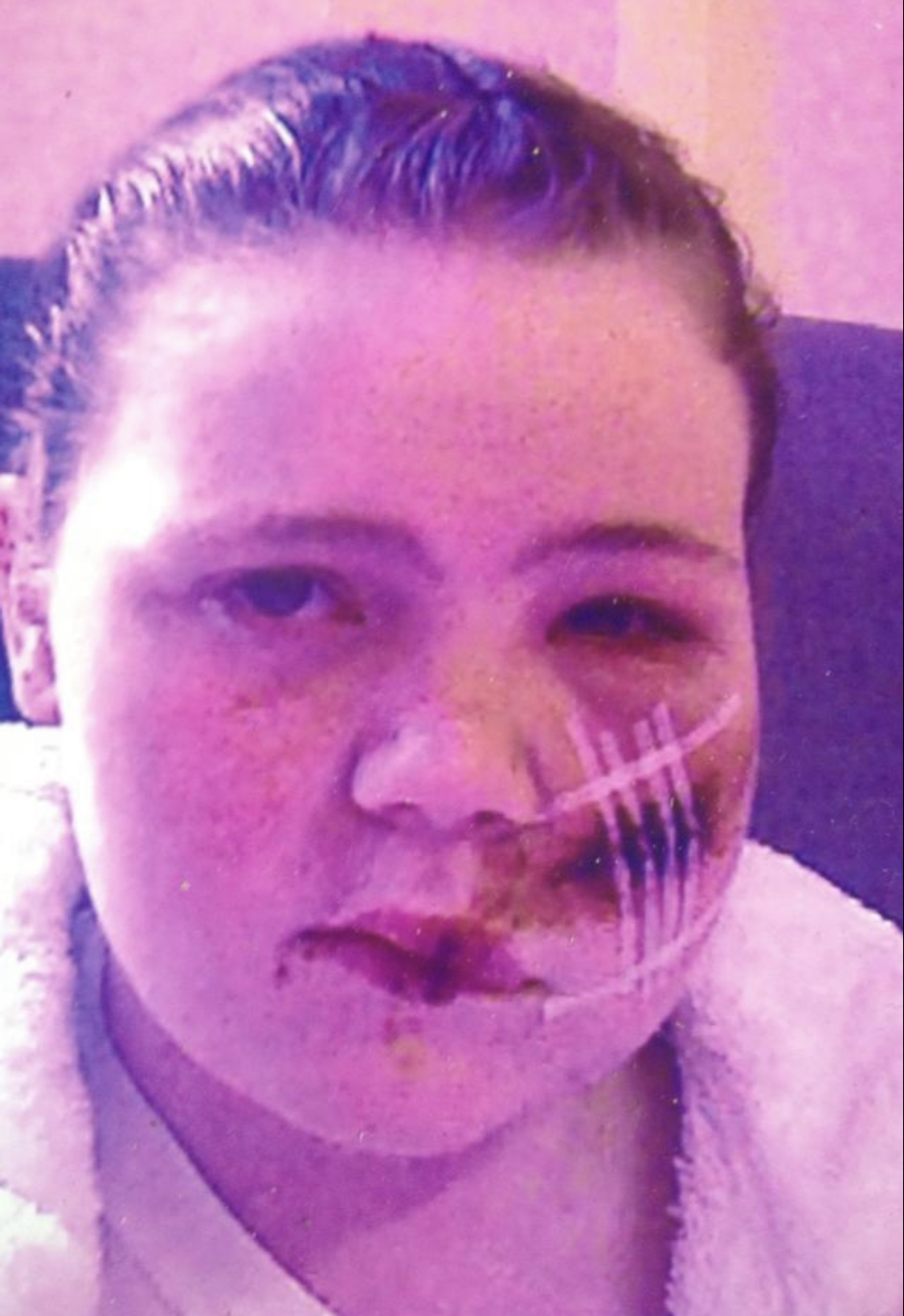 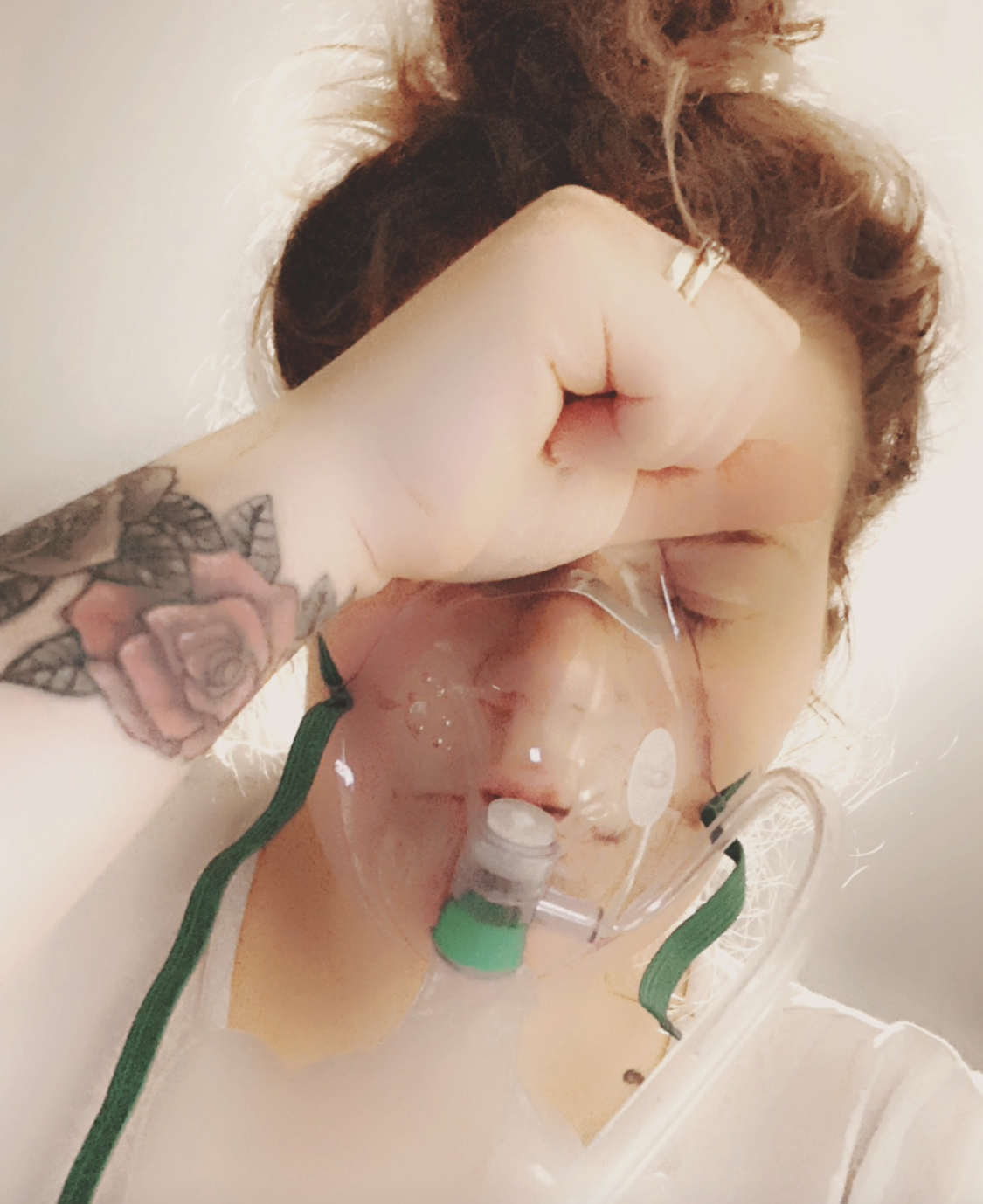 But in 2006 Megan had a nasty accident, falling to the ground with such force, it knocked her unconscious.

She said: “It was just a normal weekend where I was practising some cantering and preparing for a jump over barrels. But next thing I knew, I was in agony waking up on the ground.

“I’d fully come off, knocked myself out and knocked all my front teeth out.

“I spent a few weeks in the children’s ward having all sorts of scans. I thought I’d lose my eye – due to a massive impact on my left cheek and eye socket – but luckily I didn’t.

“A few days after being discharged, the pain in my head started and it was excruciating, I’d never felt anything like it in my life.”

Megan’s mum Kim panicked and sent her back to hospital where they did blood tests, MRI scans and checked her pupils.

Her results came back normal and the pain was put down to trauma caused by the injury.

A paediatric nurse suggested Megan might have cluster headaches, but wasn’t able to formally diagnose her due to her young age.

Megan said: “I had attacks every day; I was constantly at the doctors but they didn’t know what it was.

“This carried on for years. I wasn’t formally diagnosed until 2019, 13 years after the accident.

“I went through school having to deal with it and then I went to college to do a degree.

“But I had to miss a lot of lectures because of the pain and it really started to affect my grades. I did one year of my degree and then I had to leave.

“As soon as I went to college and university, the pain got 10 times worse. I’d have them two-to-four times a day and I’d have attacks that would wake me in the middle of the night.”

Over the course of 15 years, Megan’s symptoms worsened and the frequency of ‘attacks’ increased.

It affected every aspect of my life. I had to drop out of university and I had zero social life because I feared having an attack in public.

She described one attack where the pain was so severe, she filled up her sink with freezing cold water and dunked her head in to try and lessen the anguish.

The symptoms alone have been so relentless and painful that she has often felt like she “wanted to die”.

In 2016, she welcomed her daughter Lily, now five, and the attacks stopped for the duration of pregnancy. But they returned when her baby was six-months-old.

She said: “I had a really traumatic childbirth with my daughter and I was in labour for 24 hours, before having an emergency c-section.

“I’d rather pop out 50 kids one after the other without pain relief than have to suffer with another attack.”

What is a cluster headache?

Cluster headaches are a rare type of severe headache.

The main symptom of a cluster headache is attacks of severe pain in 1 side of your head, often felt around your eye.

The main treatments for cluster headaches are injections or nasal sprays that you use soon after a headache starts.

The exact cause of cluster headaches is unclear – they can sometimes be triggered by alcohol or strong smells like perfume, paint or petrol.

You can help prevent cluster headaches by avoiding things that trigger them. Doctors can also prescribe medicine to help prevent attacks.

Megan and Leon, who married in 2018, welcomed their second child, son Hadley, in February 2020.

Megan says loves her ‘family life’ but admits her cluster headaches are harder to deal with because she has her children to care for.

She explained for onlookers it’s similar to watching someone experience a stroke.

“No one ever believes me when I tell them, but my neurologist said that’s quite normal and there’s a certain day of the year when the attacks will start and stop.

“Since having my youngest, the attacks started in January this year and they were the worst I’d ever had.

“I’m now left wondering whether they’ve turned from being seasonal to chronic but I won’t know until the sixth month.”

In July 2019, Megan’s condition was diagnosed by a neurologist who said the trauma of the accident triggered them – but said she would have been likely to have them in her twenties anyway.

Twice a year she visits the hospital for ECG scans and blood tests – as cluster headaches can affect the heart – so she has to be monitored.

She now raises awareness of her experiences on her Instagram page to alert others to this neurological condition, so that people can get diagnosed quicker.

Despite all of this starting from her accident, Megan continues to ride horses, except during ‘cluster season’. 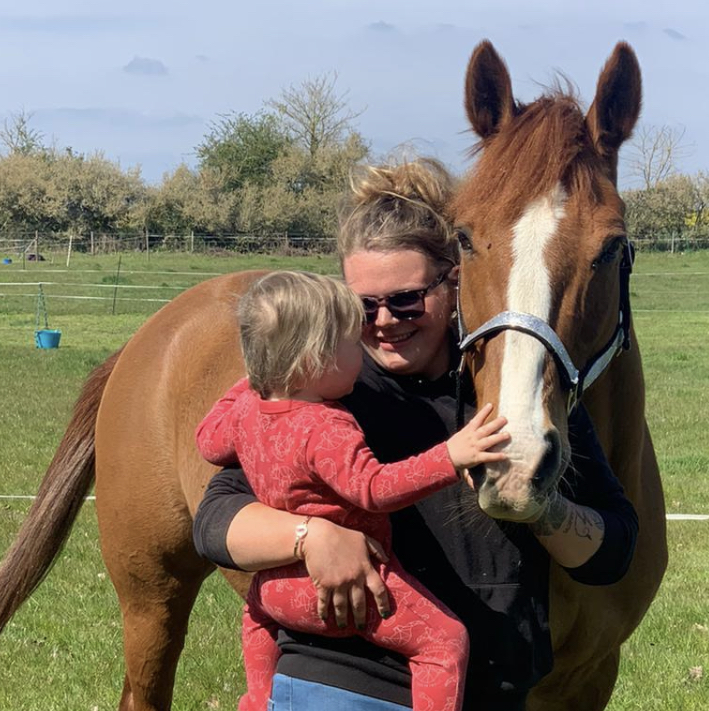