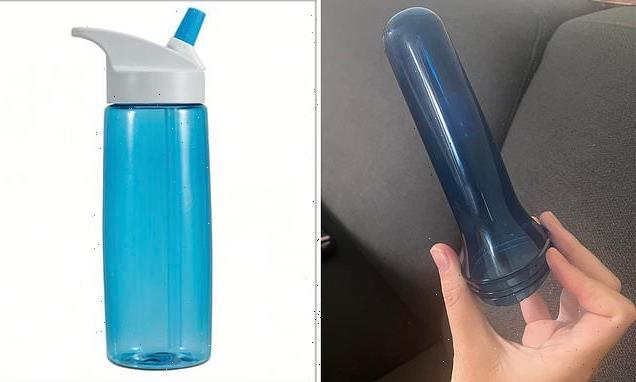 Mum accidentally puts her brand new drink bottle in the dishwasher only for it to melt into a VERY rude shape: ‘My husband got a shock’

An Australian mother has left women in fits of giggles after sharing a photo of her $6 blue drink bottle after she put it through a dishwasher cycle.

The mum posted the image to a Kmart Facebook group – where the bottle was purchased from – and despaired at the state of the plastic product.

‘Accidentally put this drink bottle through the dishwasher and it… changed shape… took my husband by surprise when he was unpacking it,’ she wrote. 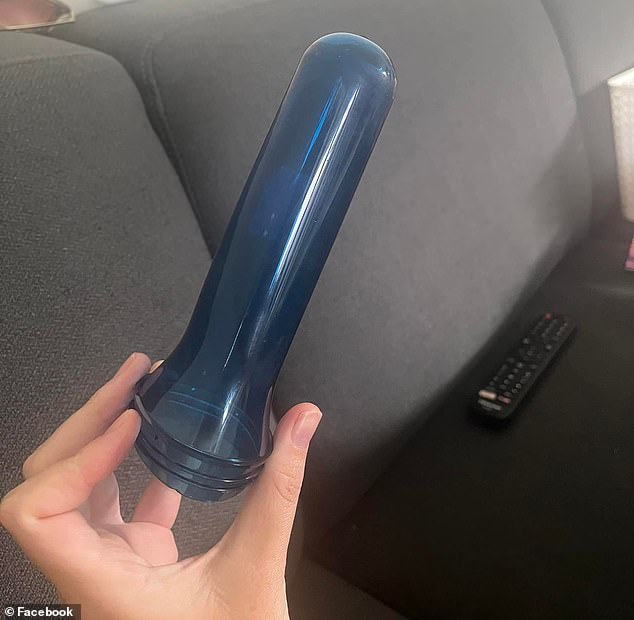 ‘Accidentally put this drink bottle through the dishwasher and it… changed shape… took my husband by surprise when he was unpacking it,’ she wrote

The end result was much longer and thinner than her bottle had been, with thousands of parents in the comments section likening it to a sex toy.

The bottle, which has a flip top lid and is BPA free, is made from Polyethylene terephthalate glycol (PETG) which is typically dishwasher safe.

‘It’s heat-resistant and capable of withstanding the high temperatures in a dishwasher,’ Printing it 3D website read.

But that wasn’t the case for this mum, who learnt just how hot her dishwasher was as a result.

‘This honestly happens to me most days, I never learn,’ one woman said.

A third added: ‘Did the same with a pink one with the same result, gave us a good laugh’.

Others joked that she had received ‘two products for the price of one.’