The Milwaukee Dancing Grannies made their first appearance in a Christmas parade Saturday since a suspect drove through a parade in Waukesha, Wisconsin, last month, killing four of the group’s members and two other people.

“We are going to get through this,” Dancing Granny Laura Thein told FOX 6 Milwaukee at the Franklin, Wisconsin, parade Saturday. “We are very strong women, and with the strength of each other we will get through it.”

“We are going to get through this. We are very strong women, and with the strength of each other we will get through it.”

Thein said the SUV barely missed her on that day.

“When I looked, all I saw was bodies in the street,” she told FOX 6. “It took me a couple minutes to kind of get my head together because I couldn’t believe what I was seeing.” 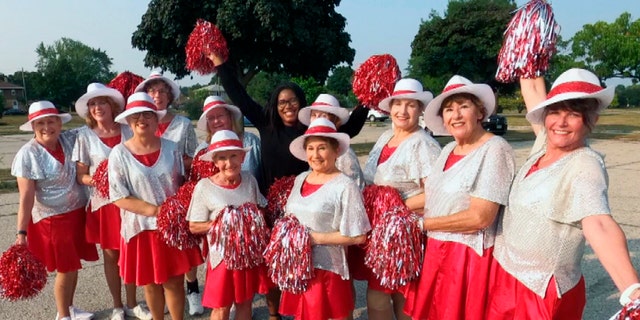 The Milwaukee Dancing Grannies are seen in an undated photo prior to the Nov. 21 tragedy in Waukesha, Wisconsin.
(WDJT-TV Milwaukee via AP)

Jane Kulich, 52, and Jackson Sparks, 8, were also killed when suspect Darrell Brooks Jr. allegedly slammed his SUV into the parade on Nov. 21. Brooks had been let out of jail on $1,000 bail because of a “human error,” Milwaukee County District Attorney John Chisholm said Thursday. Brooks had been arrested for alleged domestic abuse.

He is charged with six counts of first-degree intentional homicide.

“We’re moving forward because that’s what they would want us to do,” Granny Jan Kwiatkowski told the station.

Thein said the Grannies don’t plan to stop dancing and hope to make the organization “bigger and better than ever” in the next year.