Talk about bringing the New Year in with a flash.

Miley Cyrus strutted her way through a wardrobe malfunction when her top nearly fell off while performing of “Party In The USA” on her live special “Miley’s New Year’s Eve Party.” 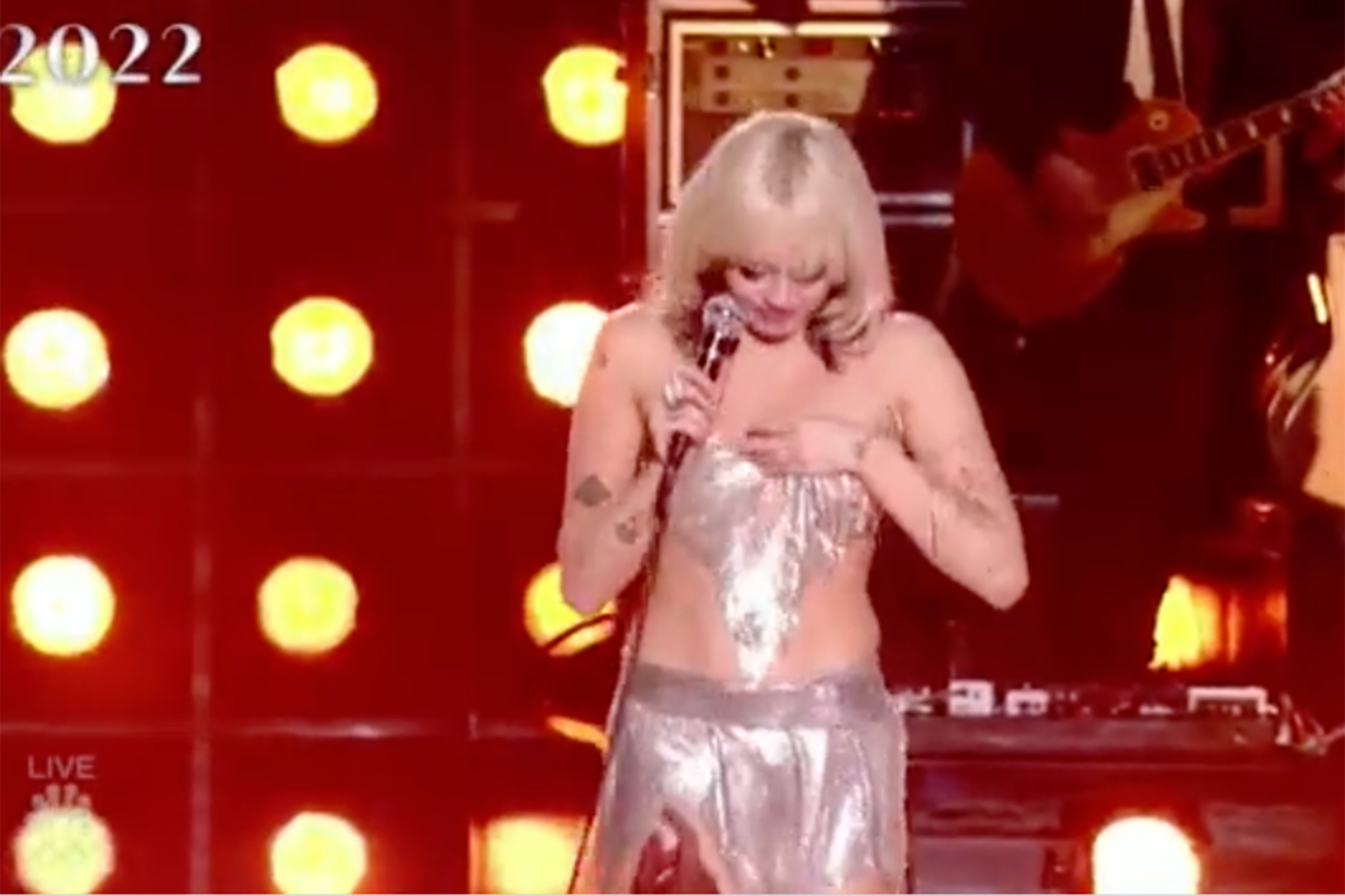 The 29-year-old was already holding her top when she started the song but was barely able to finish the first line before viewers could see that one of the strap’s had popped off.

Cyrus laughed it off and was a total pro by quickly turning her back to the crowd — which likely helped NBC execs breathe a sigh of relief.

She even continued singing as she strutted topless towards the back of the stage for a quick change.

The Happy Hippie founder had support from her band and back up singers who didn’t miss a beat and kept the show going.

Cyrus was off stage for less than 30 seconds before returning in a red blazer she had worn earlier in the show.

“Everybody’s definitely looking at me now,” she quipped, slightly amending the lyrics to “Party in the USA” as a reference to the wardrobe malfunction as the crowd cheered.

“I’m still in the most clothes that I’ve ever worn on stage,” she added, seemingly unfazed by the incident.

The televised event was co-hosted by “Saturday Night Live” star Pete Davidson, who joined Cyrus for a performance of Will Smith’s “Miami” during the show.