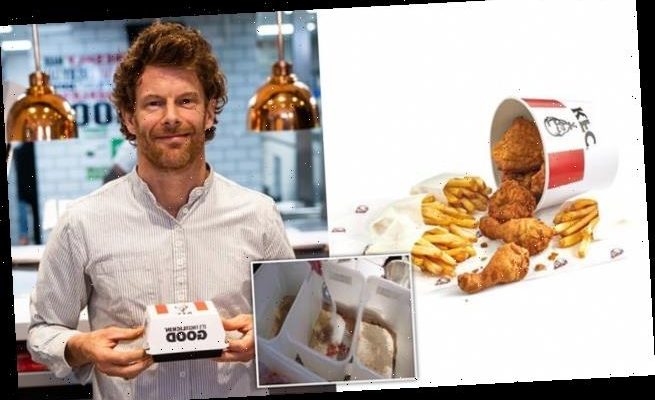 Is this KFC’s secret 11 Herb and Spice blend? Michelin-starred chefs reveal how to recreate famous fried chicken at home in three simple steps

Throughout the series, presented by Fred Siriex, the chefs try to recreate famous snacks using their own recipes, with previous episodes highlighting Burger King Whoppers and KitKats. 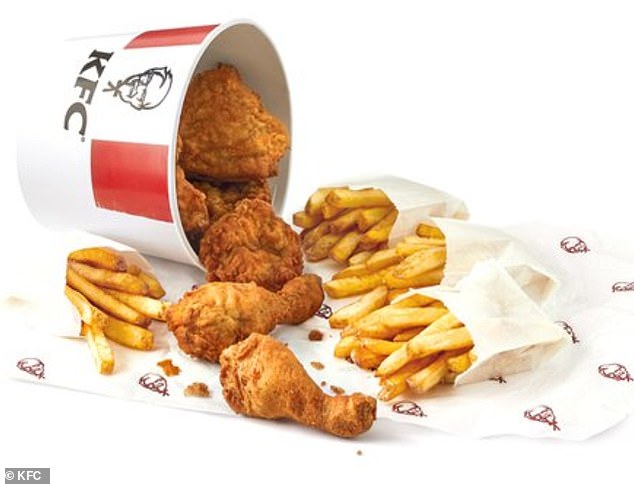 But in the latest episode, the chefs try to create KFC’s famously secret spice blend, using their expert palates to decipher the spices.

These are all the spices, you have to be very careful of the different quantities used, as you use to much spice like paprika , the dried herbs, the coating will go to dark…

On Snackmasters I used a typical buttermilk and egg wash to dip the drumsticks & thighs in first and then the flour dredge,

I now know that they just dipped the chicken into a salt water brine first and then into the dredge , a brine will give flavour and help the flour to stick…

Dredge the chicken pieces in the flour mixture on all sides, then shake off the excess coating.

1. Mix together herbs, spices and flour

2. Cover chicken in the flour mixture on all sides, then shake off the excess coating.

After he died in 1980, Colonel Sanders 11 herbs and spice recipe was locked in a vault and to this day is only handed out on a strict ‘need to know basis’.

Many chefs have attempted to make their own version of the dish over the years,  but KFC have stayed tight lipped over the ingredients.

In 2016, The Chicago Tribune  published a recipe that was found in a scrapbook belonging to the Colonel, that had been discovered by his nephew. 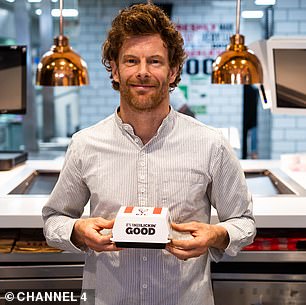 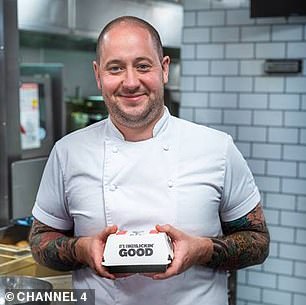 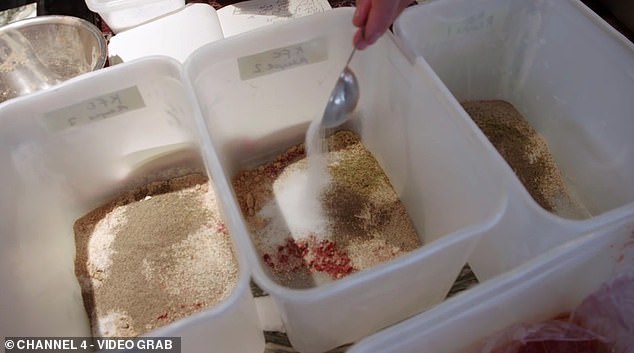 Add the flour to the herbs and spices. Then use three parts flour to one part self-raising flour.

Season the chicken in a mix when at room temperature.

Egg wash your chicken using egg white and milk. Then re-season in the mix.

Fry the chicken for five to six minutes at 160C to 165C before placing it in a pre-heated 80C oven – then give it a final 90-second fry prior to serving.

Joe Ledington, a nephew of the colonel by marriage, said he’s ‘pretty sure it’s close to the original’.

Dan Fell, from Warwickshire, revealed his version of the famed 11 herbs and spices mix to Twitter following the closure of the fast food chain amid the COVID-19 lockdown.

The music composer claims that after more than a year of experimenting with different recipes to replicate the popular takeaway, he’s now got it ‘spot on’.

The chicken lover explained that basil was the 11th ingredient but that he often leaves it out as it doesn’t add much flavour to the jam-packed recipe.

Use three parts of the mix to one part of self-raising flour and give the chicken an egg wash before rolling it in the seasoning and frying it in a deep fat fryer or hot oil at 160C to 165C.

Fry the chicken for five to six minutes before placing it in a pre-heated 80C oven, then give it a final 90-second fry prior to serving.

Meanwhile, last year Ernestina Agyei, 31, from London, revealed she mixes flour and spices before deep frying in oil to make the delicious chicken treat at home -and even gained a 9/10 rating from KFC themselves.

Her recipe included  1 cup of flour, with one tablespoon of the following: – sea salt, thyme, oregano, garlic salt, ground ginger, black pepper, onion powder, slap ya mamma (which is a mix of black pepper, red pepper and garlic) and two tablespoons of paprika. 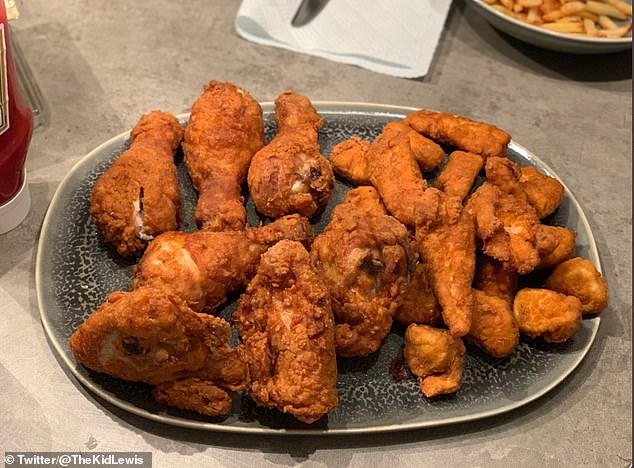 Is this the Original KFC recipe?

One relative of KFC Colonel Harland Sanders believes is the recipe, which has been safely tucked away in a family scrapbook for years.

The blend of 11 herbs and spices is kept in a vault, says the company, and no one – except the company, of course – knows what it is.

In fact, Sanders came up with the idea to have two different companies make part of the recipe, so no one company would ever have the entire thing.

1 chicken, cut up, the breast pieces cut in half for more even frying

1 Mix the flour in a bowl with all the herbs and spices; set aside.

2 Mix the buttermilk and egg together in a separate bowl until combined. Soak the chicken in the buttermilk mixture at room temperature, 20-30 minutes.

3 Remove chicken from the buttermilk, allowing excess to drip off. Dip the chicken pieces in the herb-spice-flour mixture to coat all sides, shaking off excess. Allow to sit on a rack over a baking sheet, 20 minutes.

4 Meanwhile, heat about 3 inches of the oil in a large Dutch oven (or similar heavy pot with high sides) over medium-high heat to 350 degrees. (Use a deep-frying thermometer to check the temperature.) When temperature is reached, lower the heat to medium to maintain it at 350. Fry 3 or 4 pieces at a time, being careful not to crowd the pot. Fry until medium golden brown, turning once, 15-18 minutes. Transfer chicken pieces to a baking sheet covered with paper towels. Allow the oil to return to temperature before adding more chicken. Repeat with remaining chicken