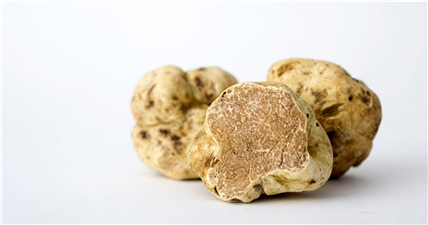 If you had $118,000 laying around, you might have been able to pick up a rare white truffle at the 21st World White Truffle Auction on a Sunday in Italy. But, it is too late now as Michelin-starred chef Umberto Bombana has snapped up the 2-pound delicacy.

The chef, who founded the Michelin-starred 8½ Otto e Mezzo restaurant in Hong Kong, picked up the incredibly rare fungi at the Castle of Grinzane Cavour in Grinzane Cavour. Offers for the giant truffle poured in simultaneously in Hong Kong, Dubai, Singapore, and Moscow, New York Post reported.

This isn’t the first time these prized mushrooms have gone for huge sums at auction. At the Alba Truffle Auction in 2017, a trio of white truffles weighing a total of 1.9 pounds sold for $85,600.

The truffle, a white tuber, is one of the most coveted and expensive ingredients in the world.

RELATED: 8 Most Expensive Foods In The World

Prized for their unique flavor and alluring aroma, they grow two to eight inches below the ground near the roots of trees with which they live in symbiosis and as they evaporate. The truffle gives off an odor that lasts for a limited time. The help of well-trained dogs and experienced hunters is necessary to locate them.

This year white truffle prices have hit record highs; prices range between $4,500 and $5,000 a pound for wholesale tubers. Experts attribute the spike to a scant harvest caused by a hot, dry summer in northern Italy, along with COVID-19 pandemic-related supply-chain issues that have doubled shipping costs.

Although prices have inflated, and $118,000 is no chump change, the white truffle that chef Umberto Bombana bought is far from the most expensive. That honor goes to a 3.3lbs white truffle from Tuscany. Purchased by billionaire Stanley Ho, he paid an astounding $330,000 for the truffle, which means it was worth $100,000 per pound.

Chef Umberto Bombana hasn’t revealed his plans for the truffle; it is a safe bet that the delicacy is in good hands. The chef is hailed as the ‘King of White Truffles’, has also been appointed a ‘Worldwide Ambassador of the White Truffle’ by the Piedmontese Regional Enoteca Cavour.

READ NEXT: A Record-Breaking Auction Held By Phillips, In Association With Bacs & Russo, Raised $74.5 Million