President-elect Joe Biden will be inaugurated on Wednesday, Jan. 20 in Washington, D.C. as the 46th President of the United States. At the historic event, Fire Caption Andrea Hall will lead President Biden, Vice President Kamala Harris, and their guests in the Pledge of Allegiance on the West Front of the U.S. Capitol during the inaugural ceremony.

Hall, 47, became the first Black woman promoted to Fire Captain in the history of the City of South Fulton Fire Rescue Department in Georgia in 2004. She is also the local chapter president of the International Association of Fire Fighters (3920) in Georgia, and has dedicated 28 years of her life in service as a firefighter.

“I am thrilled and humbled to represent firefighters and other frontline workers in the state of Georgia and the City of South Fulton,” she told local news station 11 Alive. “It is a privilege and an honor to help usher in a new chapter of leadership for our country.”

She first began her career as a firefighter in 1993 in Albany, Georgia. She was the city’s first female firefighter before joining South Fulton in 1999. “It was a challenge, and I was up for the challenge,” Hall told CNN of her experience.

And now, she is honored to be chosen to lead the Pledge of Allegiance. “Everything it expresses, I want to embody that in that moment,” she told CNN. “And just making sure that I am representing my family, my professional family here in South Fulton, representing the nation, and making sure that they understand the passion from which I speak those words about being indivisible as a nation…because that’s what it’s going to take to move our country forward.” 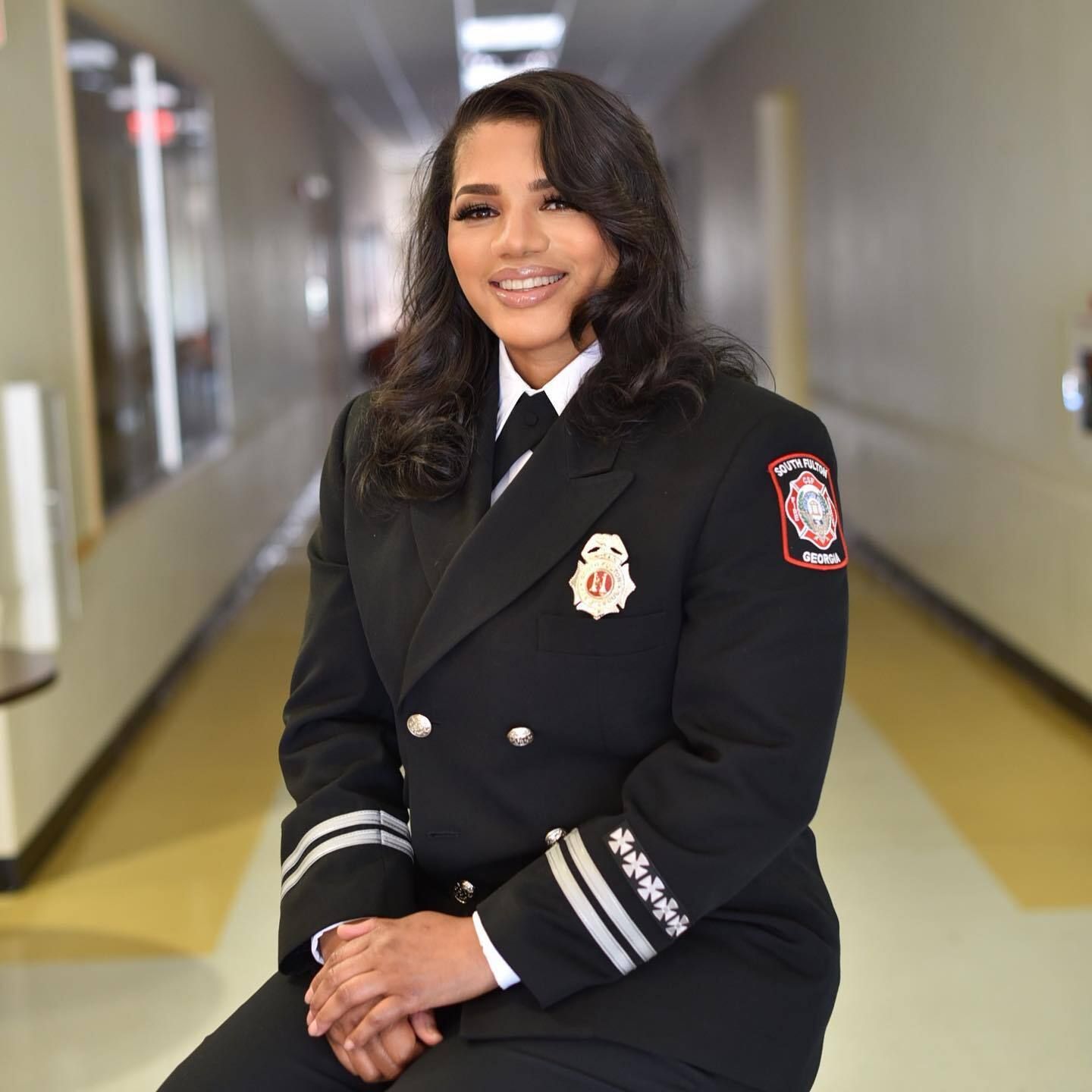 She’s also quick to acknowledge the importance of firefighters and frontline workers and hopes her presence on the national stage will highlight their contributions. “This is really about the firefighters and the frontline workers who represent our industry in this country. It is about Fulton and the people who I represent here in the community of people that we serve,” Hall said. “It’s really about us being on the precipice of moving our country forward to a more united place.”