In The Sopranos, viewers got the picture of a criminal network that stretched across state lines to New York and across the Atlantic to the Old World. But Tony Soprano (James Gandolfini) and his associates never sweat much more than some FBI agents parked outside their house.

Needless to say, the military never got called to the suburbs to roust Paulie Walnuts (Tony Sirico) or Christopher Moltisanti (Michael Imperioli) from the Bada Bing. In the film prequel The Many Saints of Newark, it’s an entirely different story.

Since before the shoot began, we knew the National Guard would show up in the film. That’s because part of the story revolves around the Newark race riots of 1967. After six days of chaos and violence, 26 dead and some 700 injured numbered among the casualties.

Obviously, that’s far bloodier than the typical Sopranos war. But these very different worlds collided that dangerous summer, and Many Saints will take viewers there when it arrives in theaters.

The National Guard arrived after the first days of the disturbance. 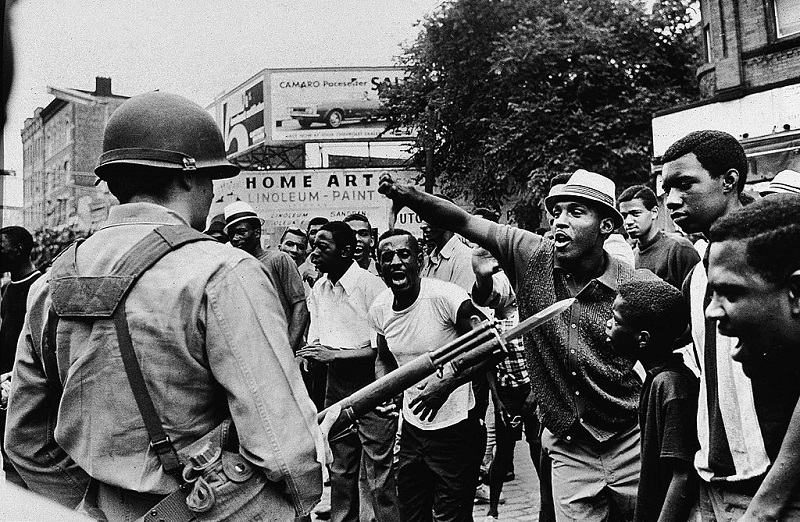 Those six days in ’67 ran from July 12-17. The unrest began when police beat a black taxi driver in the street before taking him into custody. Soon, a rumor circulated that he’d died. (He hadn’t.) After black Newark residents who’d witnessed the arrest gathered at the station house, police pushed back with force.

Soon enough, you had cops fighting an African-American population that had endured decades of oppression and police brutality. Eventually, the unrest spread to the business district, where black residents began smashing windows and setting stores on fire.

Newark police quickly realized they could not handle the uprising on their own. Within two days, elected officials called in National Guard, and the situation got much worse before it got better. (At one point, snipers were firing at police and National Guardsmen from churches and other redoubts.)

In the New York Times, civil rights activist and Newark resident Junius Williams summed it up this way: “If this was a rebellion, the police rioted. They took it in their own hands to seek retribution against people for the slightest infraction.”

Italian-Americans in Newark joined the fight against the black population. 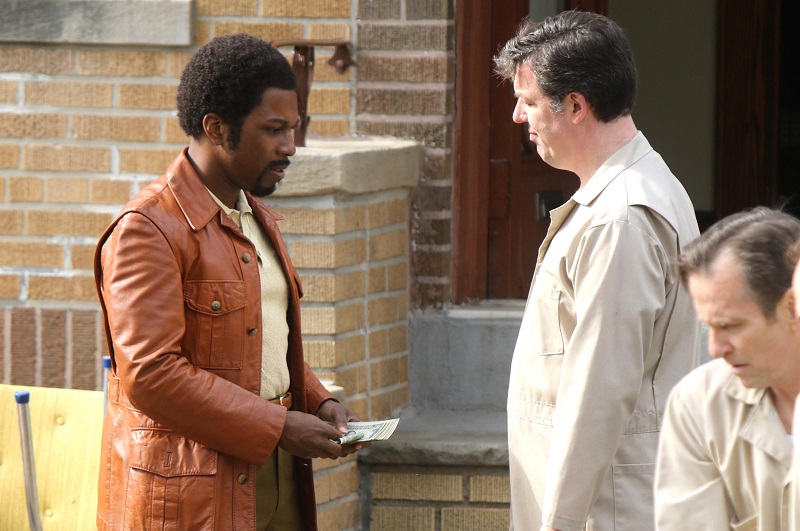 The rioters doing damage made sure the establishments they targeted were owned by Italians and other white ethnic groups who lived (or did business in) in the city. As we’ve seen in other riots over the years, eventually the business owners mobilized to defend their property.

With this in mind, it doesn’t take much to imagine what the owner and patrons of Satriale’s Pork Store would do if they saw rioters about to burn the place down. And we imagine Sopranos creator David Chase and his team zeroed in on this aspect of the clashes.

Judging by photos taken at the prequel’s shoot, Many Saints will convincingly bring this dark period in Newark history to life. All fans can do is wait and hope the film turns out as well as all those great episodes did on HBO. 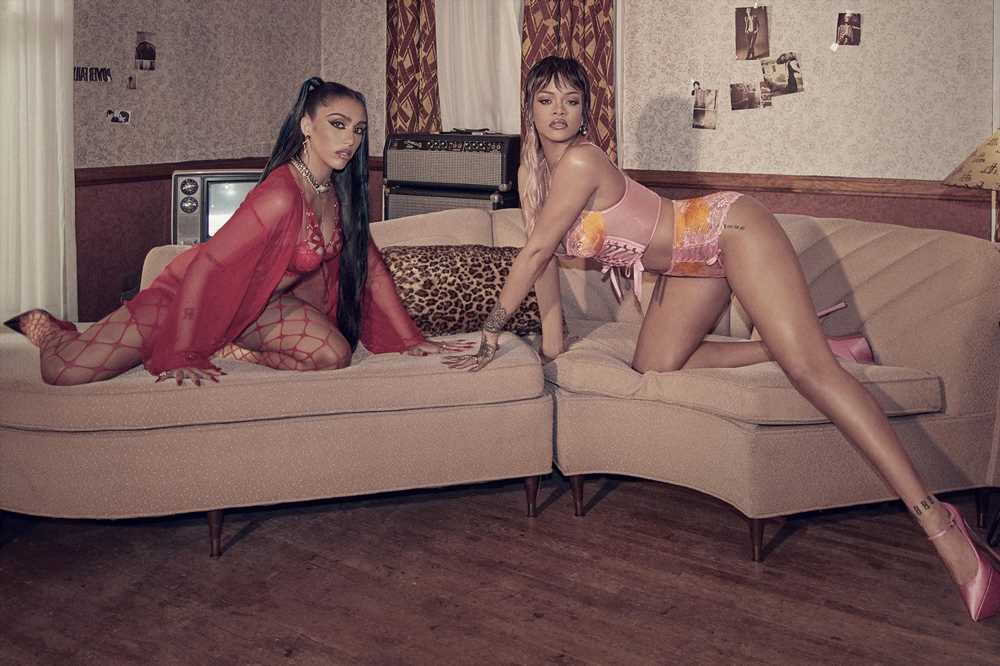