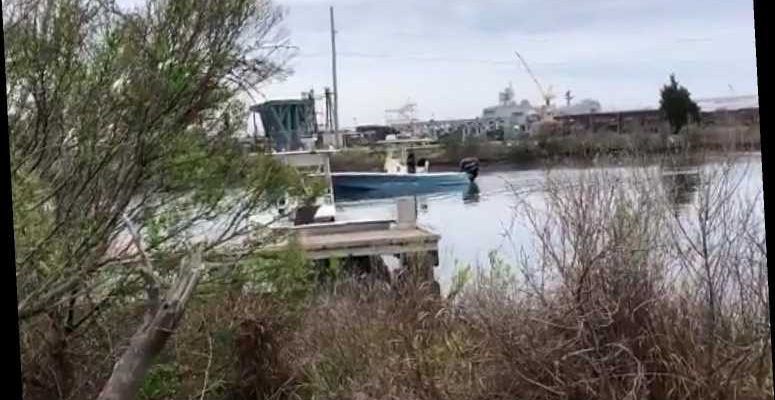 A Mississippi man is presumed dead after authorities say he disappeared under the surface of the water while attempting to swim after his drifting boat.

The Pascagoula Police Department addressed the incident in a press release on Sunday, confirming that the man — whose identity has not been released — accidentally drowned after losing control of his boat and jumping in the Yazoo Bayou.

Authorities said they were first alerted of trouble on Sunday around 3 p.m. after officers with their Marine Patrol Division discovered an unmanned fishing vessel in the bayou, which is located in Pascagoula across from the city's Point Park pier.

After gaining control of the vessel, officers brought it to shore, where they located the boat owner's unlocked truck with his cell phone and other personal items inside, according to the press release.

Authorities said they later discovered video footage that provided some clarity into the tragic incident.

According to the police, the video showed the owner starting his boat but soon losing control and having it float away.

The man then placed his personal items in his truck before jumping in the water after the boat.

At one point, the footage showed the man disappearing under the surface of the water. Sadly, he never reemerged, according to officials.

A dive team is now on the scene and is attempting to locate the man's body, the release stated.

"We would like to thank the MS Department of Marine Resources, U.S. Coast guard, Jackson County Sheriff's Marine Patrol Division, as well as the Pascagoula Fire Department in assisting our team with this incident," the Pascagoula Police wrote.

As teams continue to search for the man's body, Mississippi Senator Brice Wiggins spoke out in a statement on Facebook, alongside several photos of the scene.

"Prayers with all these folks: law enforcement and the family of the drowning victim. They were still at work this morning," Wiggins wrote. "The drowning victim's boat got away from him and he went under around 3 pm yesterday."