The Hottest Looks From the 2022 BET Awards Red Carpet

Lil Nas X and Iman are birds of a feather.

The “Montero (Call Me By Your Name)” rapper hit the VMAs 2022 red carpet in a fanciful, feathery outfit, going shirtless in a showgirl-worthy Harris Reed headdress and matching hoop skirt layered atop sequined bell-bottoms.

His jaw-dropping ensemble was reminiscent of the gilded getup the same designer made Iman’s Met Gala 2021 appearance, down to (or up to, rather) the larger-than-life hat.

When the supermodel rocked the eccentric style at the most fashionable fête of the year, Reed called it “my biggest dream come true to date” on Instagram.

And Lil Nas X seemed just as excited to be wearing a version of the look at Sunday’s awards show.

“This is heavy and it is Harris Reed,” the “Old Town Road” hitmaker said on the carpet. “It’s something fresh, something new, I feel amazing.” 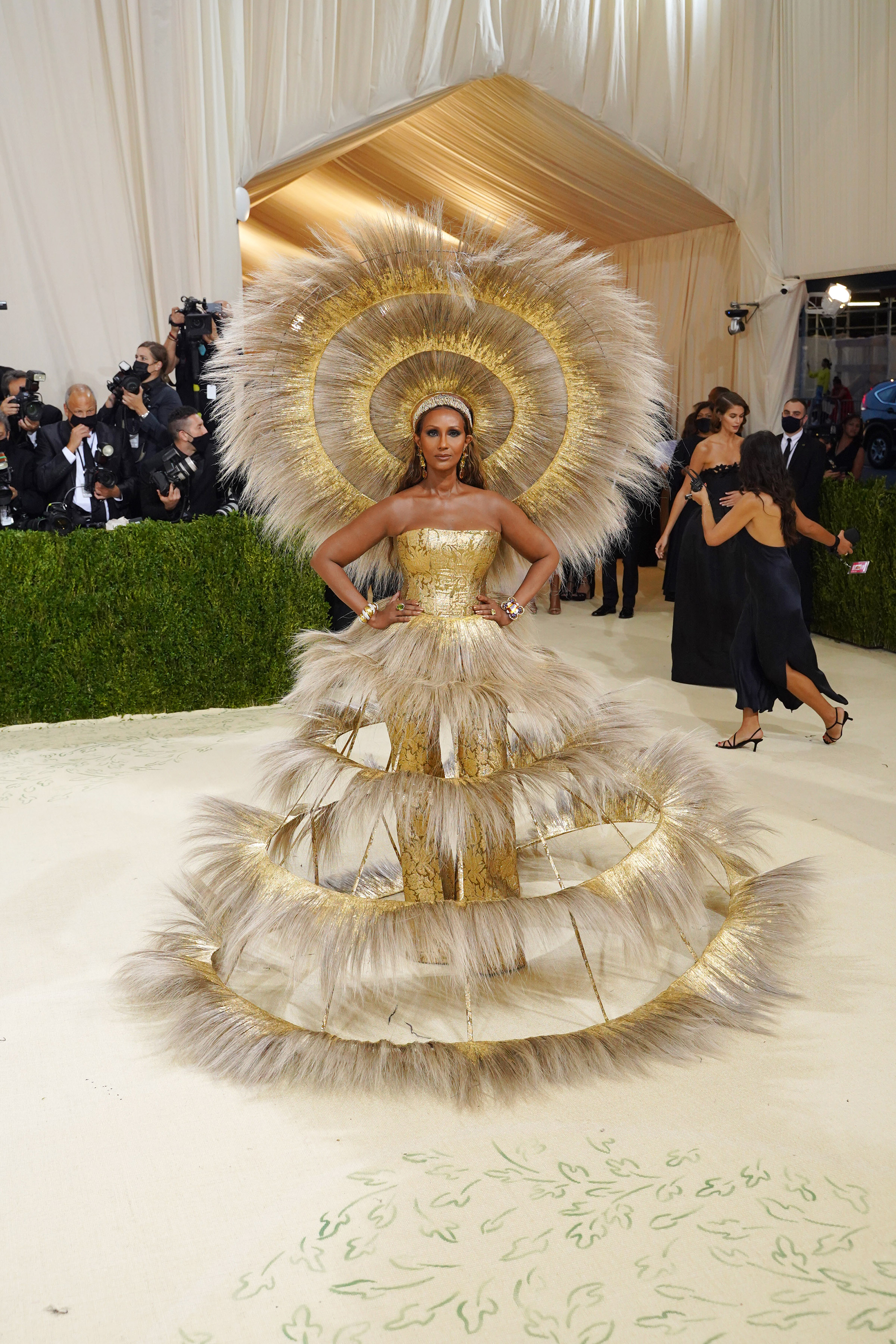 Reed’s gender-fluid fashions boast a whole slew of A-list fans — including Beyoncé, who accessorized with one of the designer’s plumage-heavy headdresses on the cover of British Vogue earlier this year. 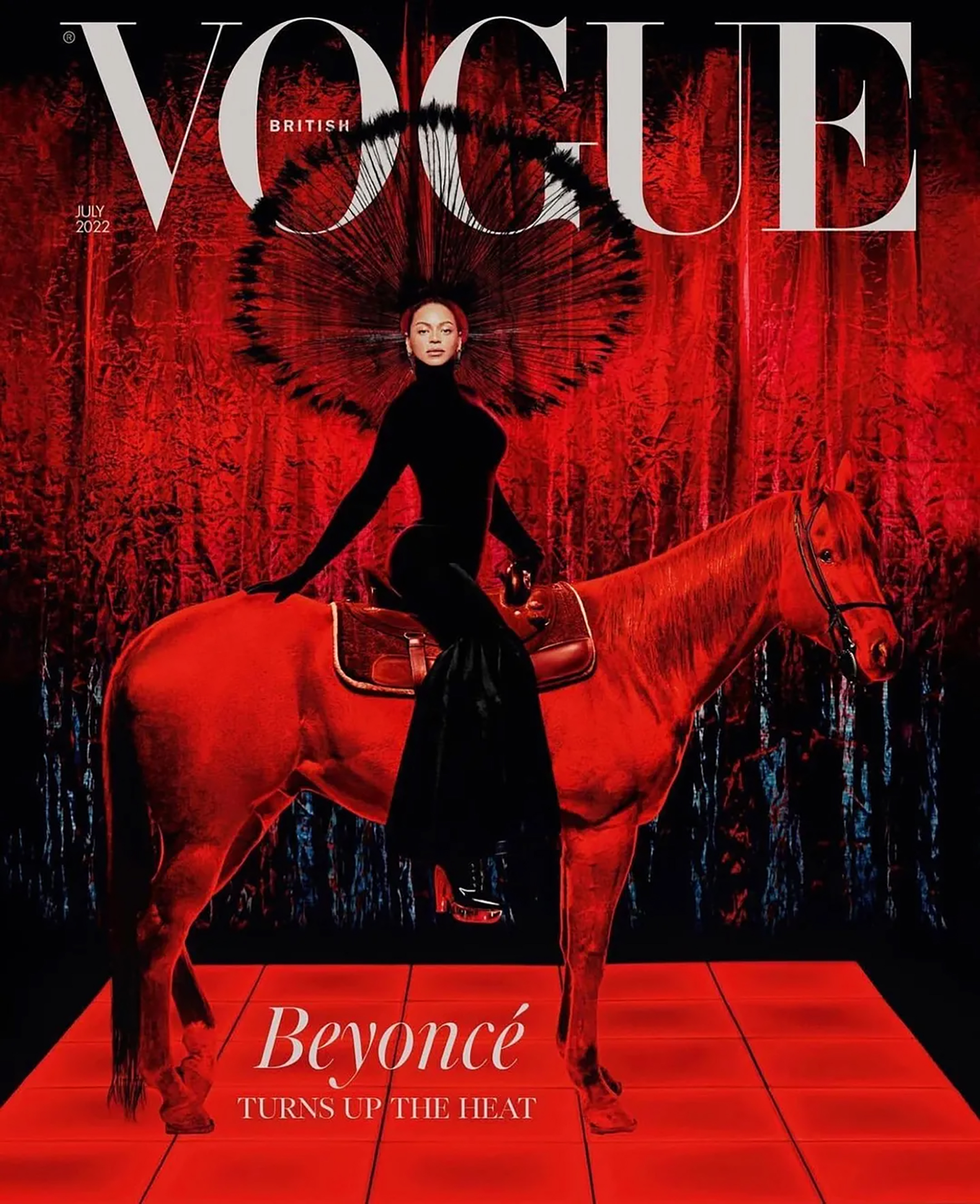 Lil Nas X (born Montero Lamar Hill) has plenty of experience turning heads at awards shows, having channeled Kim Kardashian in a white pearl-studded Balmain suit on the Grammys 2022 red carpet, paid tribute to Prince in purple at the 2021 VMAs and rocked a trio of gilded outfits at the 2021 Met Gala. 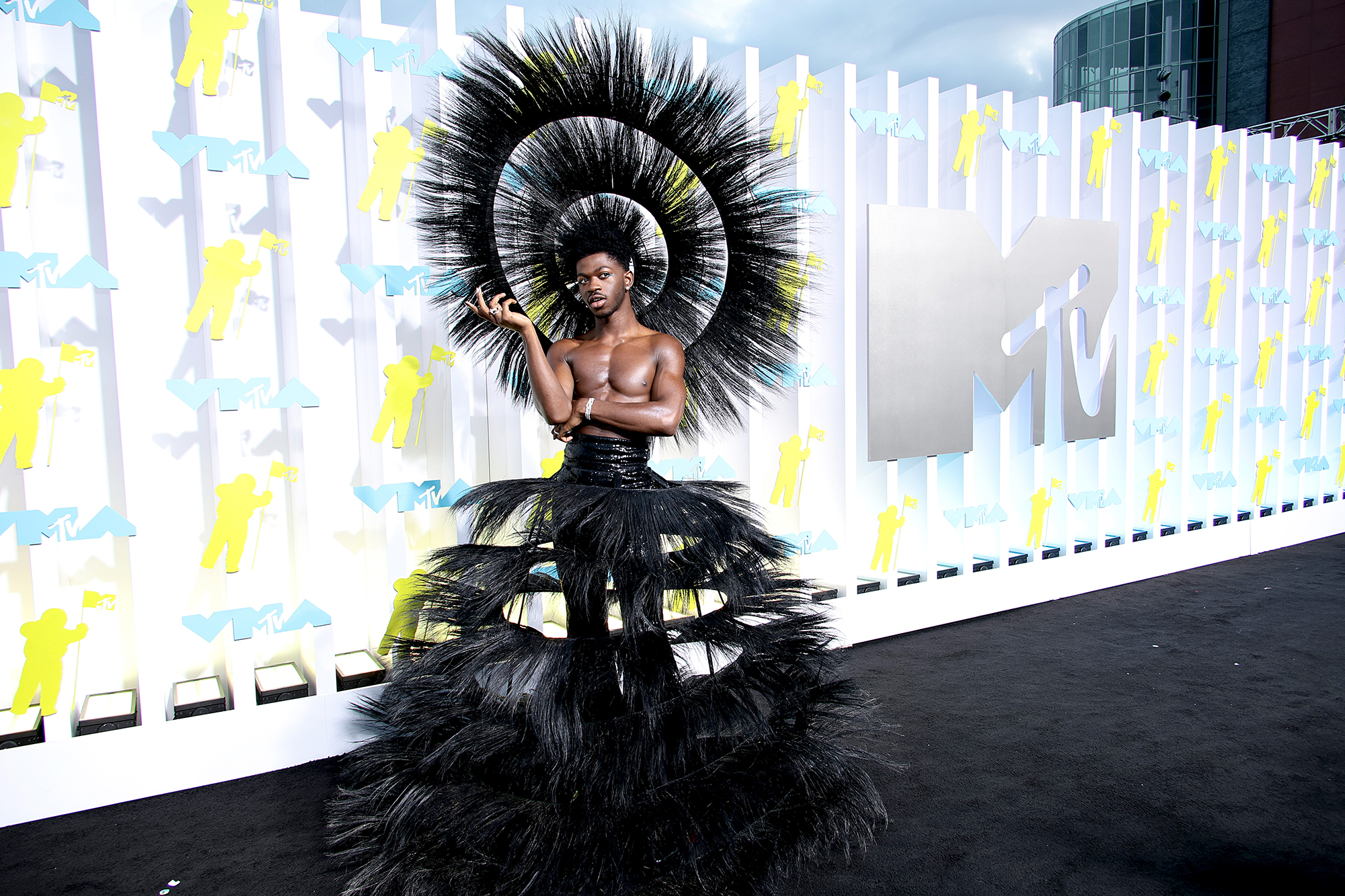 In June, Nas expressed his frustration after being overlooked by the BET Awards.

“Thank you bet awards. an outstanding zero nominations again. black excellence!,” the rapper wrote before swiftly deleting the sentiment. He continued (in a since-deleted message), “I just feel like black gay ppl have to fight to be seen in this world and even when we make it to the top mfs try to pretend we are invisible.” 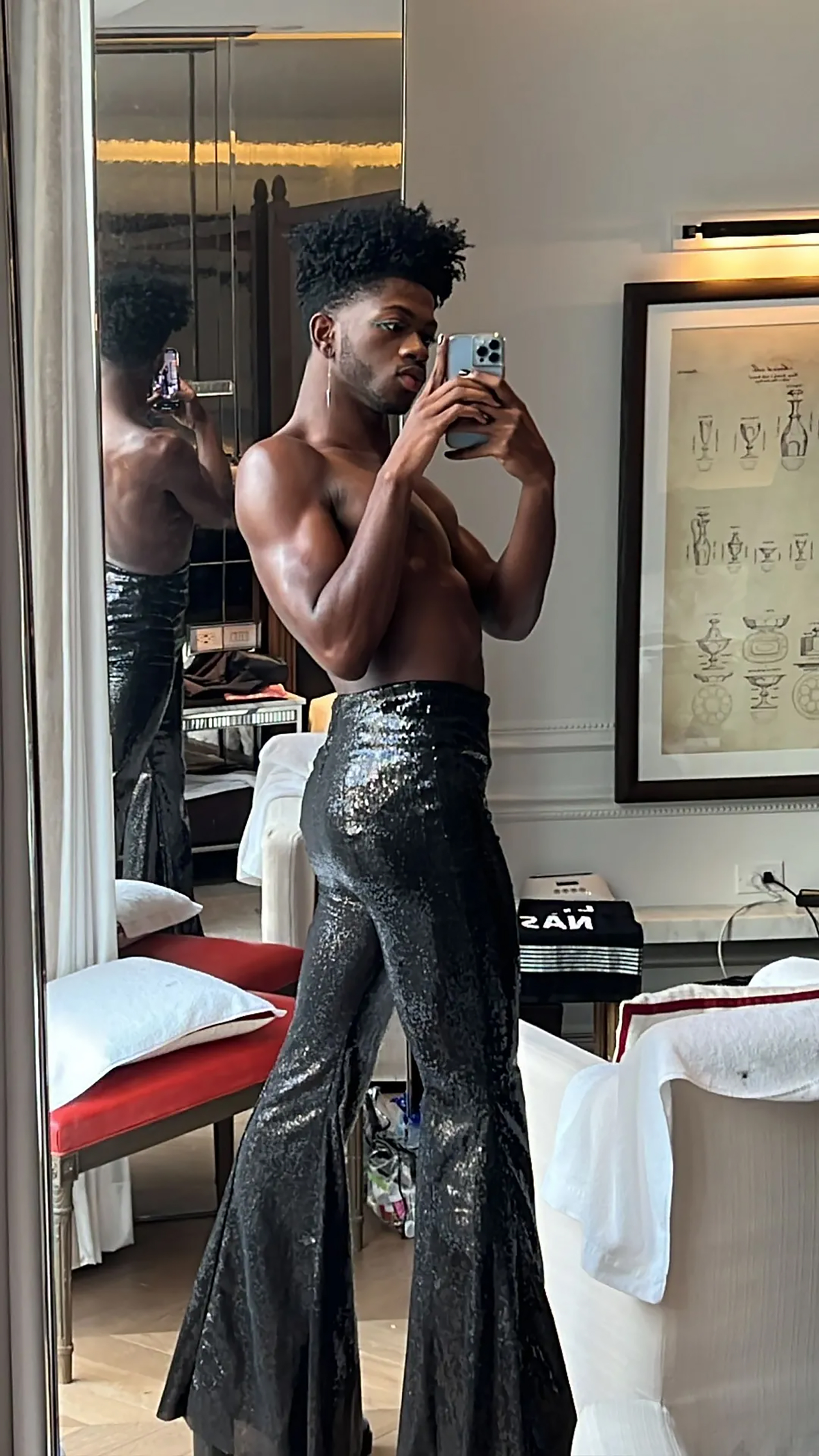 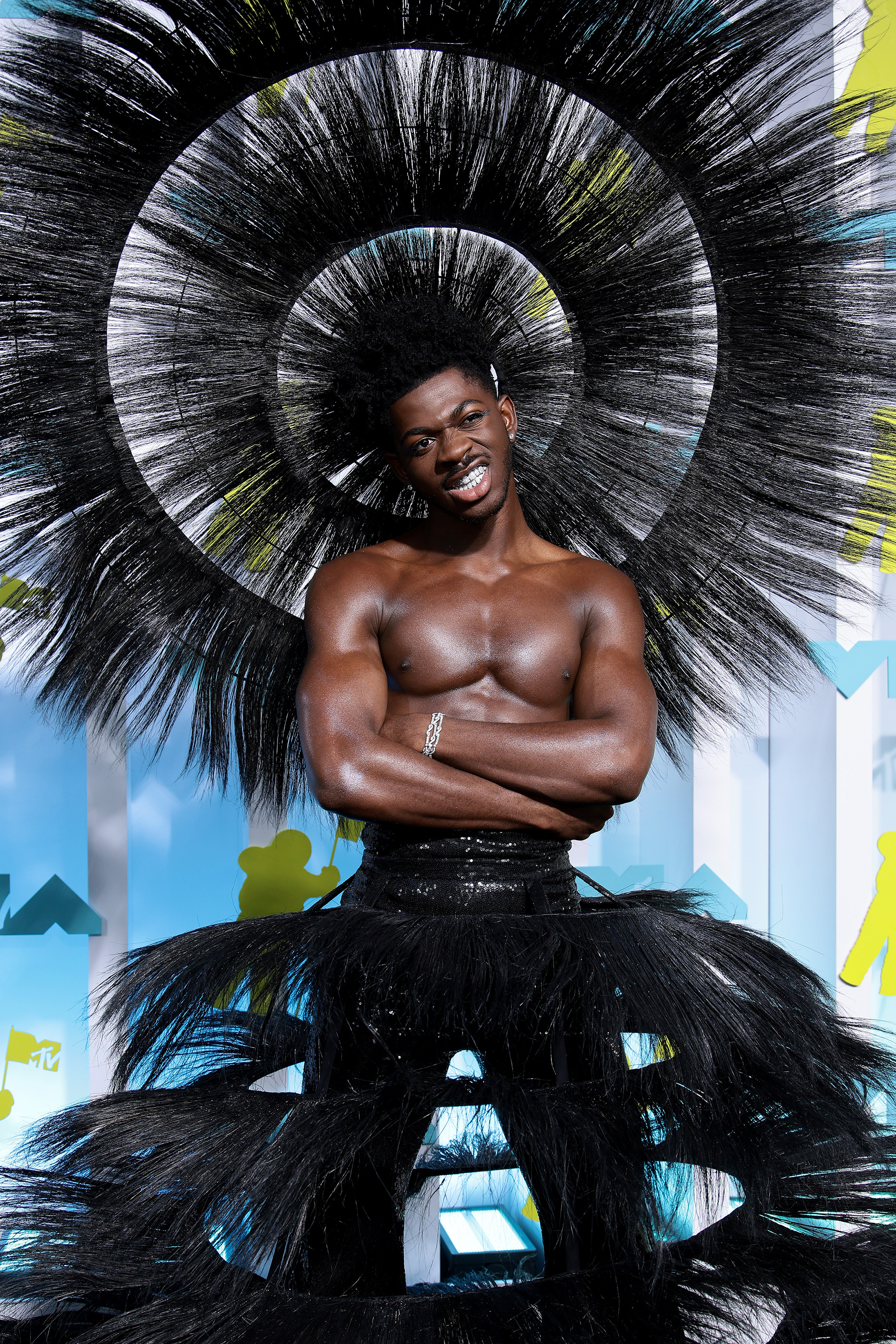 Despite the lack of BET nods this year, the VMAs nominated the “Old Town Road” rapper in a whopping seven categories, many alongside his friend and collaborator Jack Harlow. The “First Class” singer and Lil Nas X share six nods for “Industry Baby,” including Video of the Year, Best Art Direction and Best Cinematography.

The “Montero (Call Me By Your Name)” crooner is also up against Harlow for Artist of the Year, but it doesn’t seem like anything will come between their friendship. Harlow, 24, even supported his talented bestie by wearing a Lil Nas X T-shirt at the 2022 BET Awards to protest his snub.

It will also be his first time seeing Nicki Minaj perform live. Lil Nas X was famously such a huge fan of the “Super Bass” star, he reportedly ran a fan account devoted to the rapper before becoming famous himself.