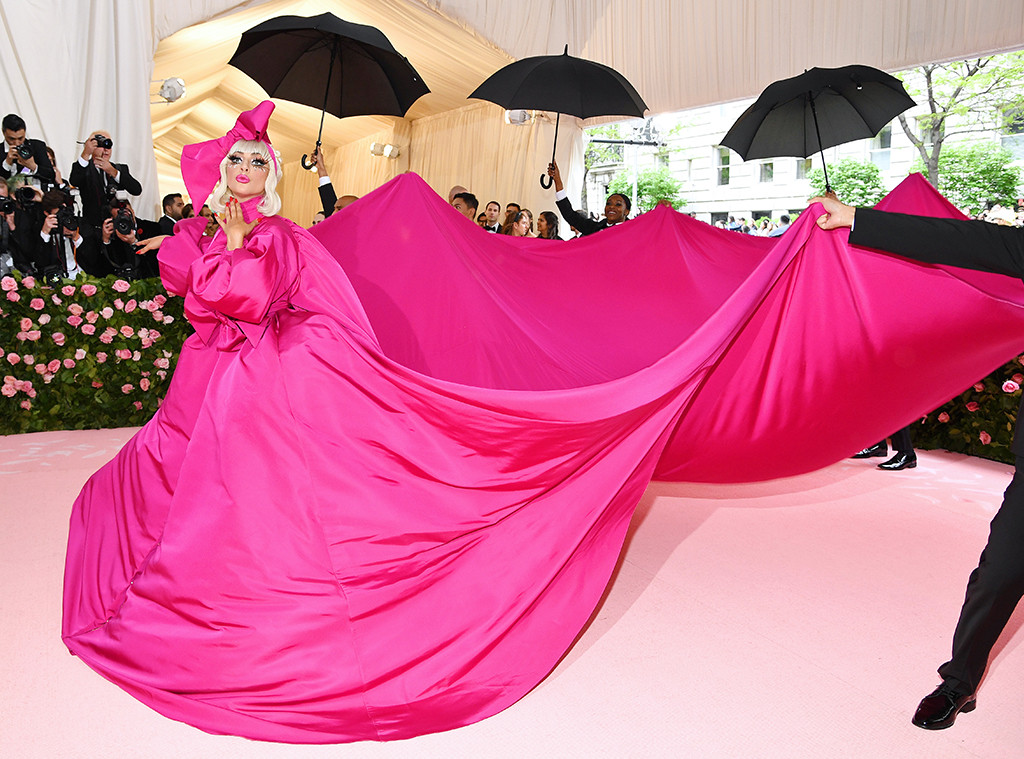 No one does the Met Gala quite like Lady Gaga.

Fashion lovers could have predicted she would bring it (especially since she’s co-hosting the annual soiree), but the pop sensation truly pulled out all the stops for the first Monday in May.

Gaga put her own spin on the evening’s theme, “Camp: Notes on Fashion.” Her shocking pink ensemble quite literally stopped traffic as the lengthy train needed to be carried by five dancers, who were followed by a person pulling a pink wagon that read, “Haus of Gaga,” in elegant script. Inside the carriage were clear luggage cases from Brandon Maxwell’s Spring 2019 collection and a black phone from the ’90s.

To complete her debut look, Gaga wore a matching pink bow and larger-than-life lashes that transformed at the tips into gold accents.

However, when she and designer Brandon Maxwell walked on the pink carpet they began an elaborate work of performance art. An entourage of tuxedo-clad dancers held black umbrellas as the artist slowly removed her jacket and hair-bow to reveal an asymmetrical black gown.

Then in a move nobody expected, she removed the dramatic look to reveal a figure-hugging pink dress. The artist paraded and posed in the pink dress, with full props in hand, as her personal glam squad helped the singer complete minor touch-ups to her blonde locks and impeccable makeup.

Next, she slowly slipped out of the pink dress to reveal her black bra, fishnets and a pair underwear. In total, the artist pulled off four costume changes during her time on the pink carpet! 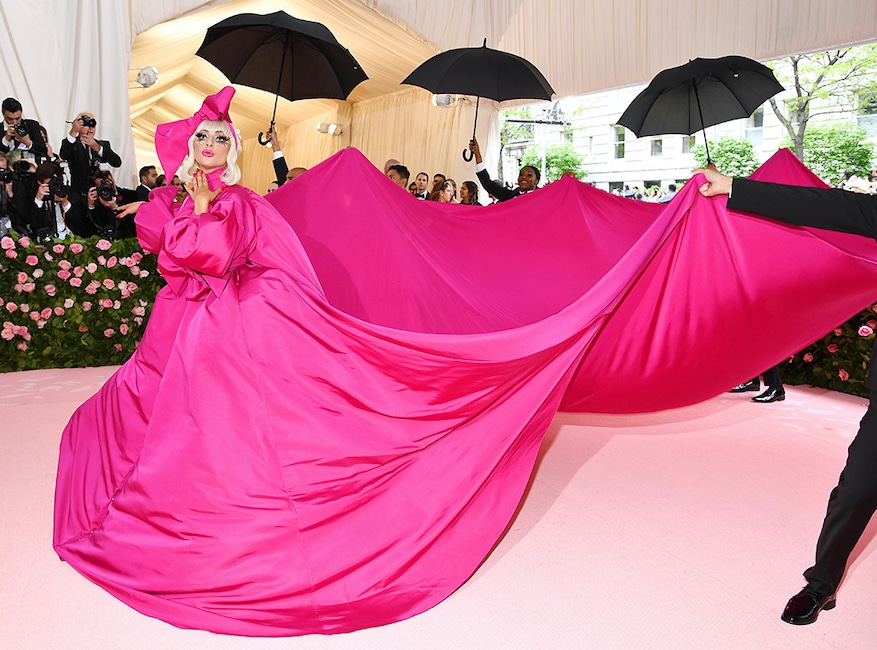 Can’t Rain on Her Parade

O-M-G! The pop music sensation is accompanied by an umbrella-toting entourage as she arrives to the Metropolitan Museum of Art in a dramatic hot pink gown. 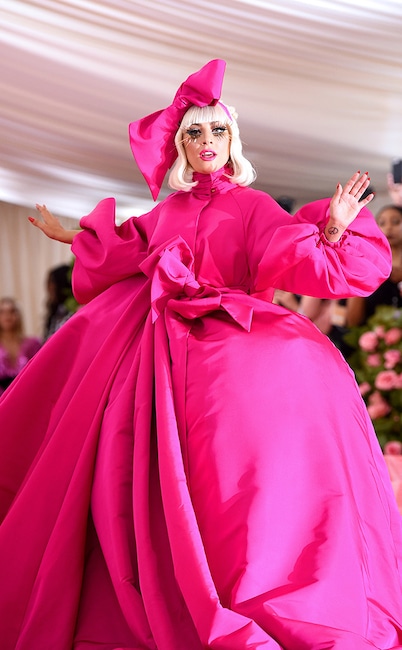 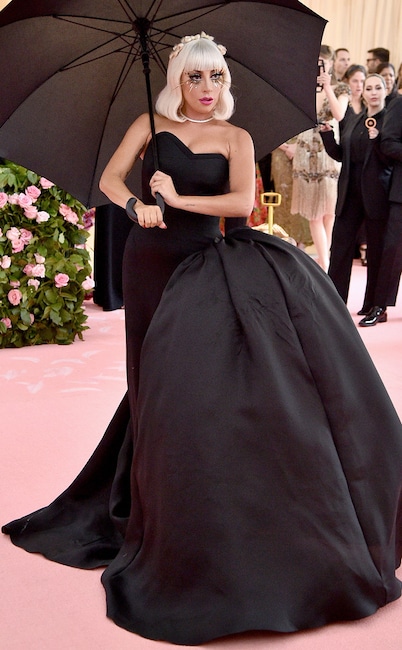 Gaga removes the top layer of her Met Gala ensemble to reveal an elegant black gown with extravagant detailing on her hip. 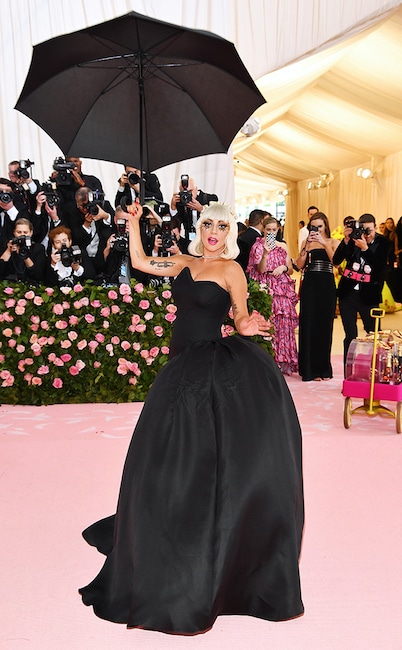 Sophistication should be Gaga’s middle name! 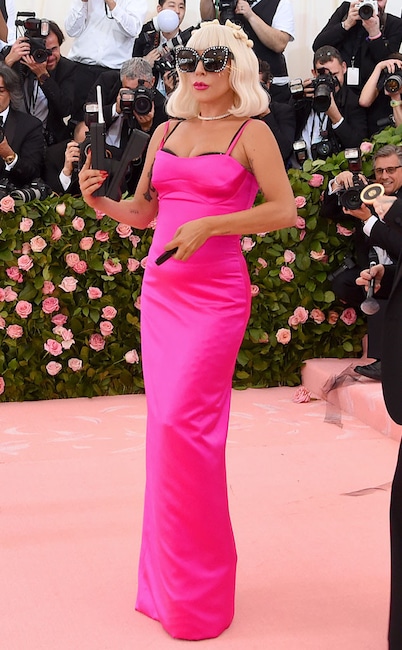 For her penultimate trick, the A-lister peels back the layers to reveal a slinky dress and plenty of accessories to boot. She’s also seen working the crowd, answering a cell phone and reapplying her makeup. 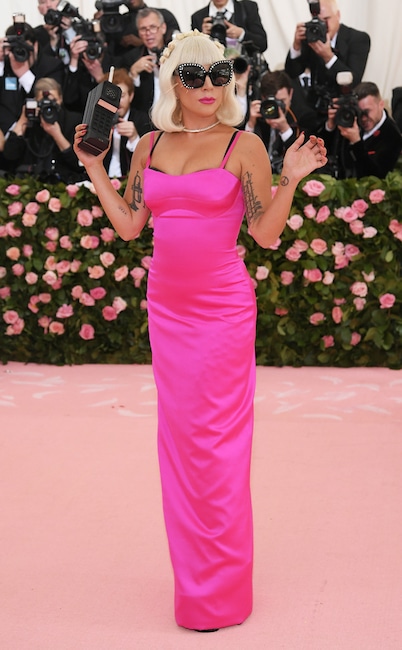 Ready For Her Close-Up

Gaga has a Marilyn Monroe moment on the red carpet. 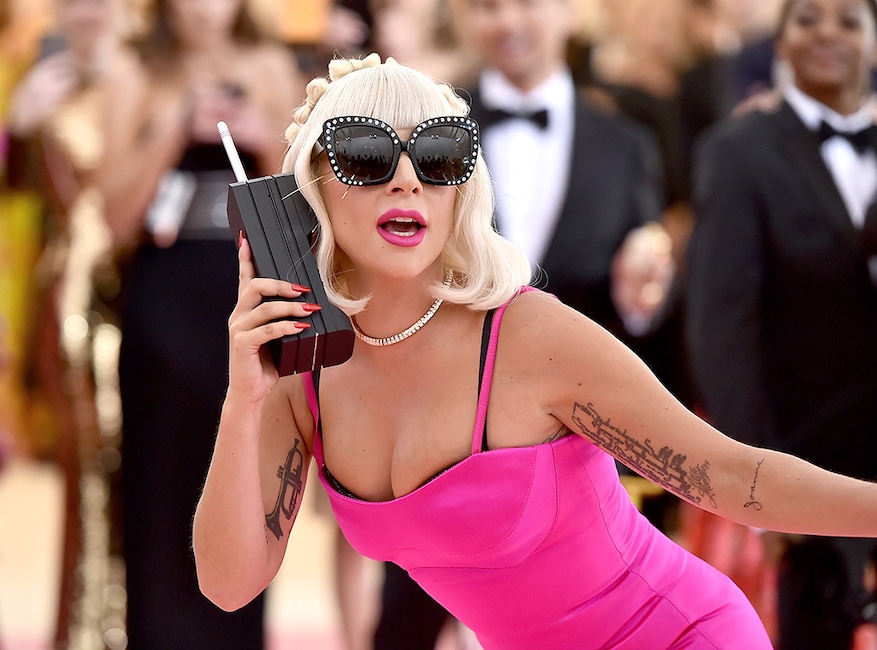 Does this mean fans are finally getting another “Telephone” collaboration with Beyoncé? 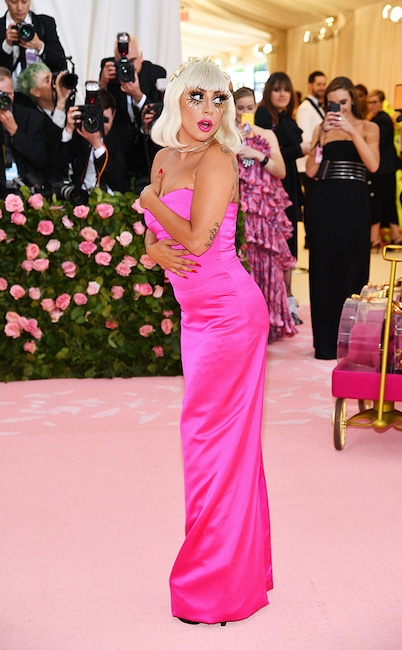 Why have one look when you can have several? 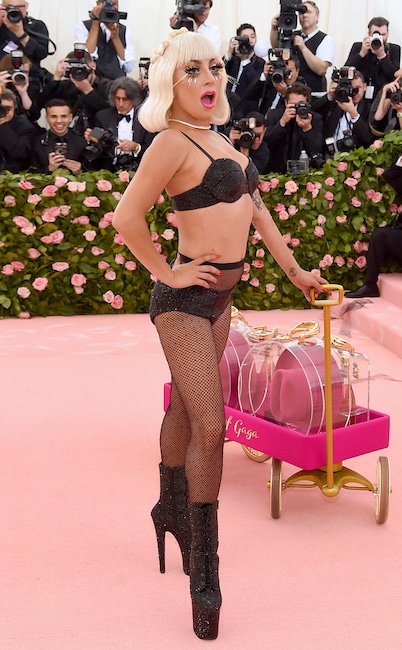 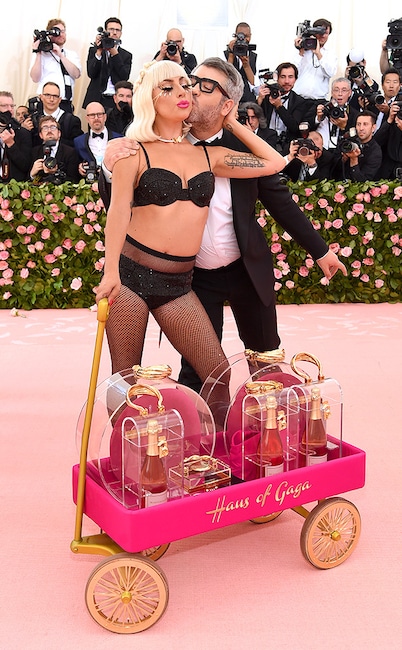 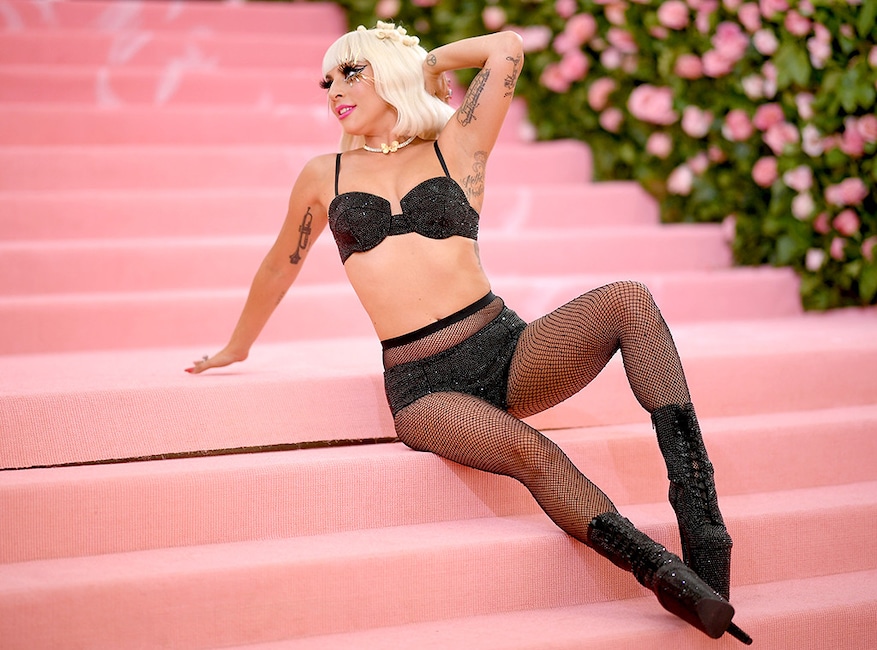 At the Pre-Met Gala dinner, the artist pulled off the ultimate camp look by wearing a black and white Fall 2019 dress from Marc Jacobs with a pair of-sky high Pleaser Shoes. The zany look totally suited the artist, as well as the theme, which made people even more excited to see her step out Monday evening.

Gaga’s appearance on the steps of the Metropolitan Museum of Art marks one of her first since wrapping up her and A Star Is Born co-star Bradley Cooper‘s whirlwind awards season. The duo received critical acclaim for their performance in the drama, and Gaga even won her very first Oscar for the film’s title track, “Shallow.”

Mother Monster first snagged a Met Gala invite from the one and only Anna Wintour in 2015, where she arrived on the arm of Alexander Wang dressed in a kimono-inspired look by Balenciaga. The following year, Gaga ditched her pants for nothing but a bedazzled Versace bodysuit, blazer and fishnets.

So after three years away, we’re happy to welcome back Gaga to the Met Gala with open arms.