A LAD with a ‘caved in’ chest endured excruciating corrective surgery by having a metal bar bolted to his ribs – only to go and land a job as a Calvin Klein model.

David James Seed, 25, dreaded summer holidays as a youngster for fear of having to undress due to a deformity that meant his chest grew inwards. 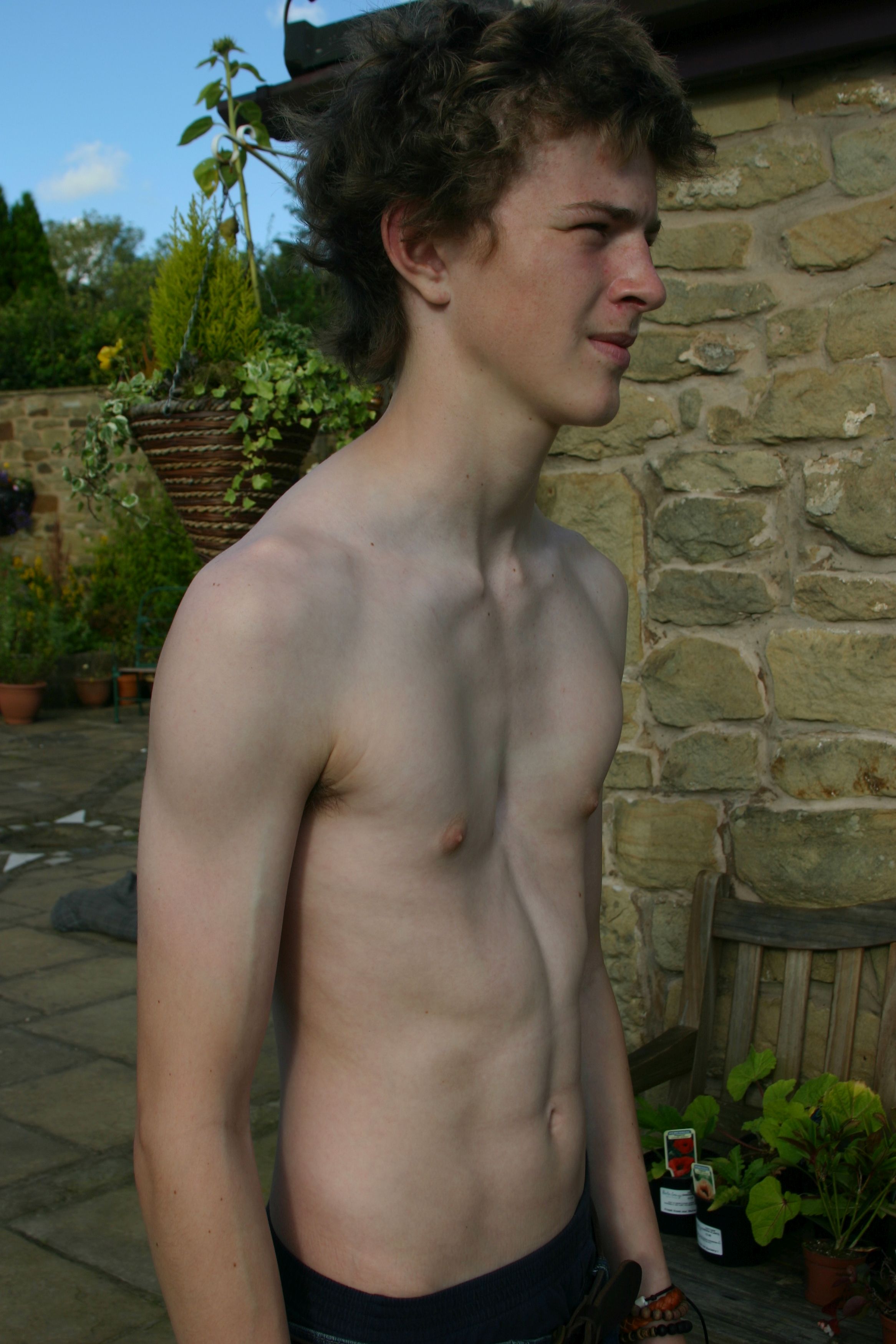 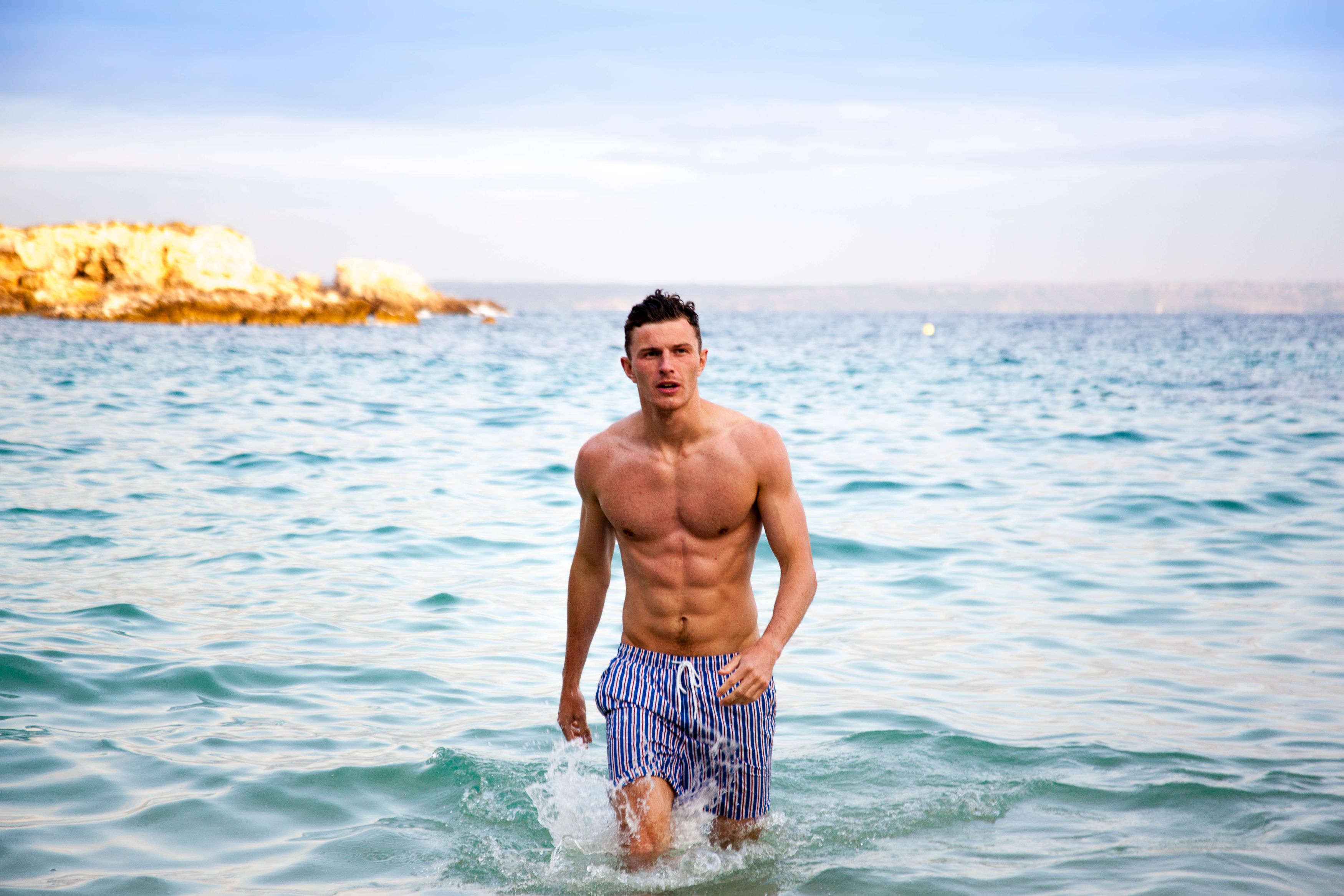 After years of discomfort and embarrassment, David was just 12 when he underwent gruelling surgery to have the condition known as pectus excavatum corrected.

David had a curved metal bar placed underneath his sternum and attached to both sides of his rib cage with wire and pins to force the bones back into their correct position.

This metal bar put pressure on David's ribs and chest leaving the lad in immense pain that felt like being "crushed under a heavy weight".

But every moment of agony was worth it for David as the surgery allowed him to become a confident young man instead of one too insecure to ever take his shirt off because of his chest deformity.

Now a successful full-time model and fashion blogger, David had the bar surgically removed on May 15 and bravely shared photos of his transformation.

He wants to inspire others suffering from the condition – which affects around one in 1,000 children and is four times more common in boys than girls.

Now working with the likes of Calvin Klein, Ted Baker and Alfred Dunhill, David thanks the "life-changing" op for his career.

When I started to get all these modelling jobs, it was mad really because I knew I never would have been able to do them if I hadn’t had the operation

David, who lives in Manchester, said: “Essentially I would not have a career working in fashion without the surgery.

“I wouldn’t be able to do topless shoots and the clothes wouldn’t fit me like they do.

“When I started to get all these modelling jobs, it was mad really because I knew I never would have been able to do them if I hadn’t had the operation.

“Apart from my career, I also appreciate the simple things the surgery has given me like being able to go on summer holidays and not having to worry about showing my chest.

“I have been allowed to become a confident young man. I have never worried about taking my shirt off or been insecure with girls.

After first noticing the dip in his chest aged 10, David watched as it got deeper over the next two years.

Pectus excavatum occurs when the cartilage in the rib cage grows too fast so the ribs start to grow inwards and cause the sternum to sink.

And the rugby-mad youngster felt ‘uncomfortable’ when other lads in the changing room started to point it out and make fun.

After being diagnosed at 12, David's parents Elizabeth, 59, and Neil, 61, pushed for him to have corrective surgery.

He got the op at Alder Hey Children's Hospital in Liverpool in 2006.

David added: “You grow into the deformity so if I didn’t have the surgery, my shoulders probably would have rolled forward but now I can stand up proud with my shoulders back.

“I was never really bullied, it was just kids being kids but I didn’t like them pointing it out. I know I felt uncomfortable with it and I was very self-conscious about it.

“I remember meeting the consultant and he was explaining to us what was going to happen and that it was going to be extremely painful and it just freaked me out. I got a nose bleed and almost passed out.

“It wasn’t until I was about to get the anaesthetic and the nurse mentioned that this is the second most painful surgery that they’re allowed to do that I started panicking."

But the pain was worth it when David woke up and saw his flat chest for the first time.

He said: "Then I woke up and I had a flat chest. It saw it straight away, it was mad. I was just amazed to have this new body. I had gone from having such an extreme dip to a perfectly flat chest.

“The pain was excruciating. I had this foreign object in my body and it was pushing and putting all this pressure on my bones.

“It was like having a really heavy weight on your chest but you can’t lift it off."

JOKED HE'D BE A MODEL

At 15 newly confident David strolled up to his mum in his Calvin Kleins, flexed his pecs and six pack and jokingly declared that one day he would be a model for the fashion giant.

But it wasn’t until his gap year working as a teaching assistant in Sydney, Australia, when a stranger suggested David pursue modelling that the then 19-year-old took the idea seriously.

The teen was signed immediately after attending a walk-in at a modelling agency and gave up his place at university.

He said: "I always had a six pack and after my surgery I was able to get a round chest too. I started doing home workouts when I was about 15.

“I had just finished one and I was wearing my Calvins. I went up to my mum and I was mucking around and flexing and I told her ‘one day I’m going to work for Calvin Klein’.

“I just fell into it but it’s been amazing. I’ve travelled all over the world."

WHAT IS PECTUS EXCAVATUM?

Pectus excavatum (also known as funnel chest) is a condition in which, instead of being level with the ribs, the breastbone (sternum) is ‘sunken’ so that the middle of the chest looks ‘caved in’.

Pectus excavatum affects about one in 1,000 children and is four times as common in boys as in girls.

We are not sure what causes ribcage problems, but it seems to be linked to the cartilage in the ribcage overgrowing.

More research is needed to confirm the cause.

There may be a genetic link to ribcage problems, as it seems to run in families.

If the ribcage problems are not causing any physical or psychological problems, a child may not need any treatment.

When ribcage problems are affecting a child’s lung function or are causing serious psychological problems, an operation to correct the problem might be suggested.

This surgery is usually suggested when a child’s rib cage problem is affecting his or her breathing or lung function.

It may also be suggested if it is causing severe psychological problems.

And David now wants to show others with the condition that they can overcome it with his Instagram posts.

He added: "I’m not just a person with a perfectly rounded chest and a six pack. There was a time before that and I have been through a lot and worked really hard to get where I am.

“After I shared my first post, I couldn’t believe how many people messaged me to say they had the same deformity and they had never heard of the surgery."

David had the metal bar removed last week as it is no longer needed to keep his rib cage and sternum from sinking in.

Despite a few cracked ribs and bruising, David is recovering well and can’t wait to get back to work.

David said: “Because the first operation affected me so much, it was scary going in for the second surgery.

“I can’t imagine what it must be like living your whole life with a chest like that.”

“I just know that I would not be where I am today if it wasn’t for the surgery. It has changed my life.” 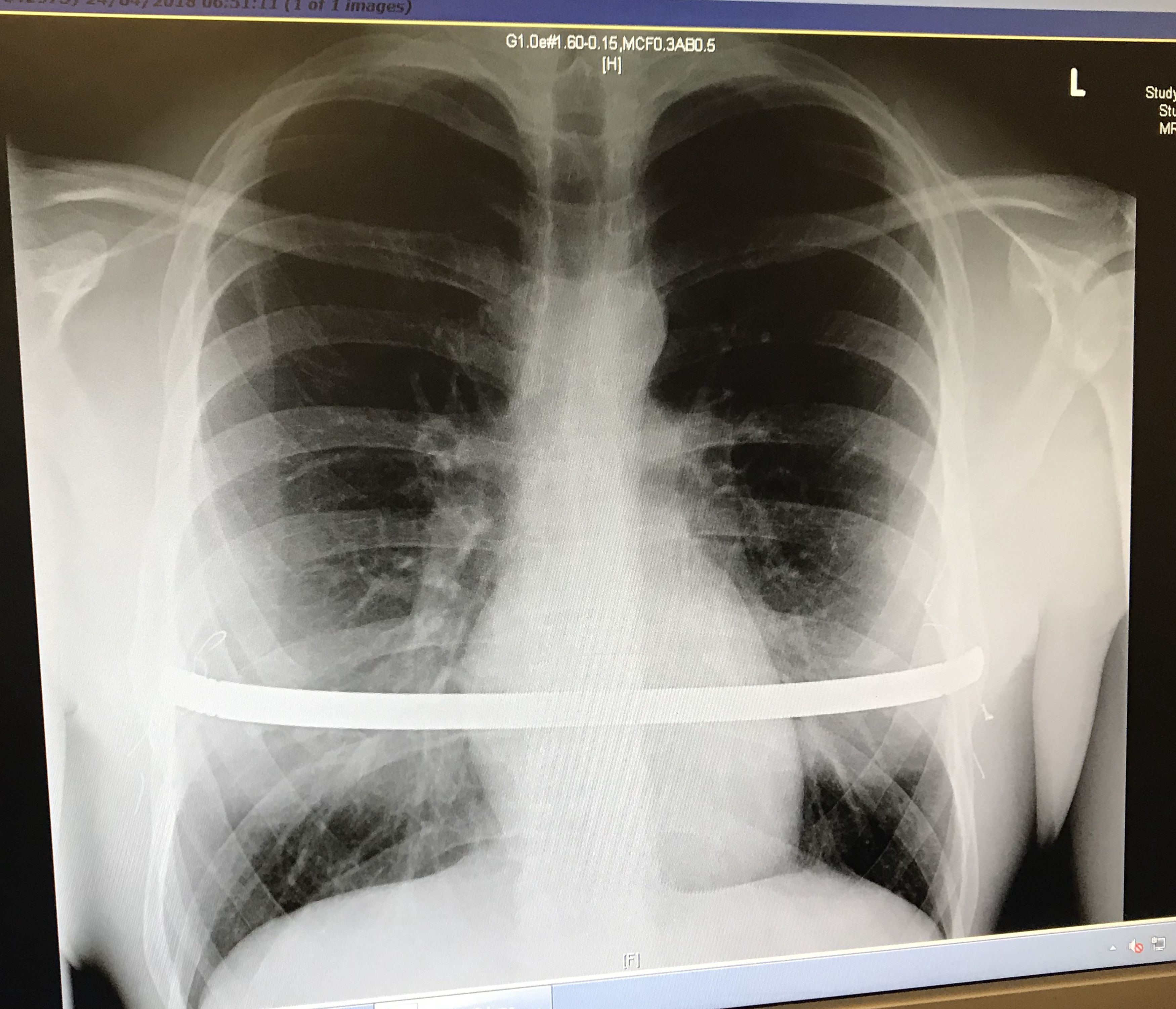 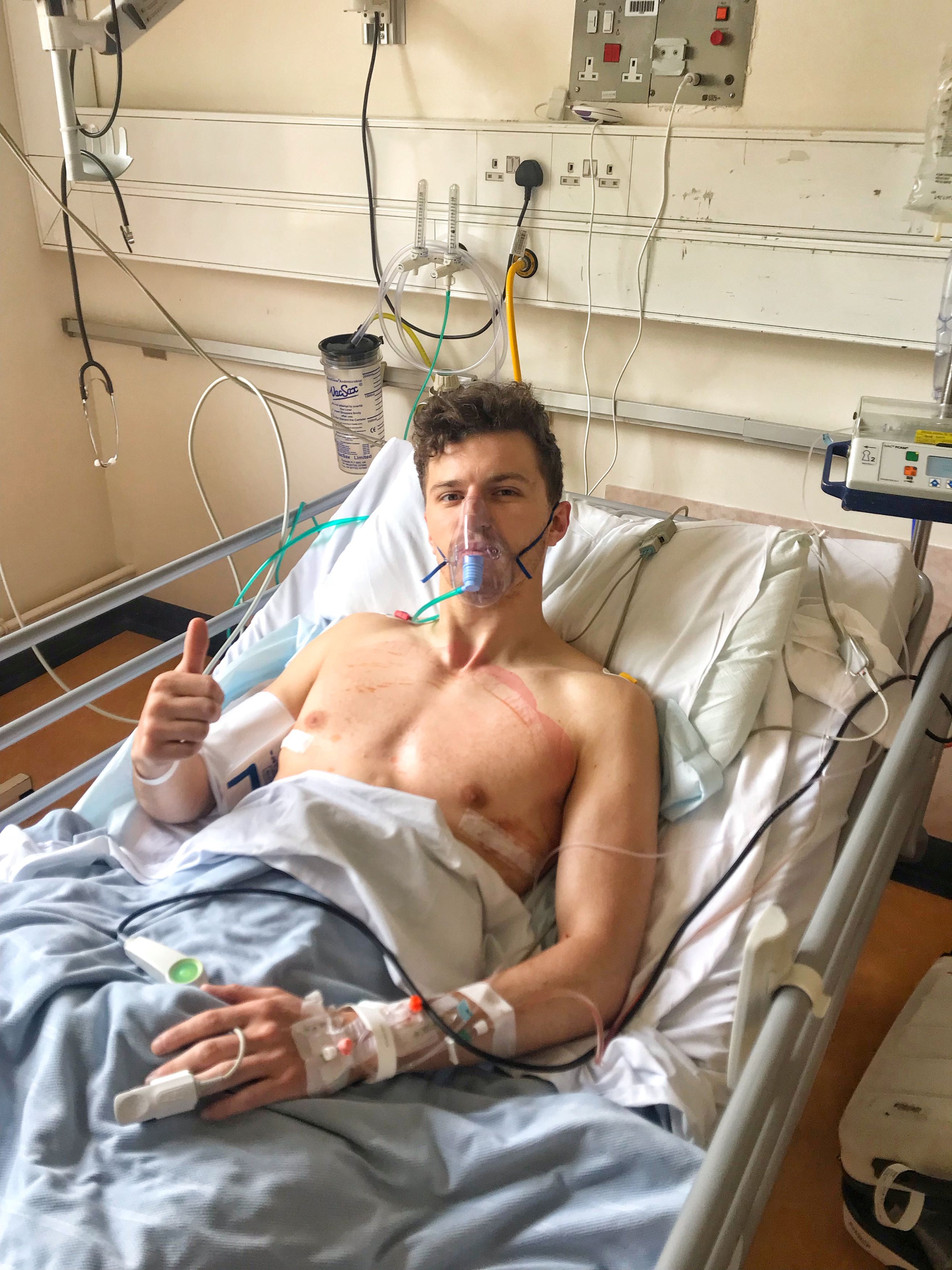 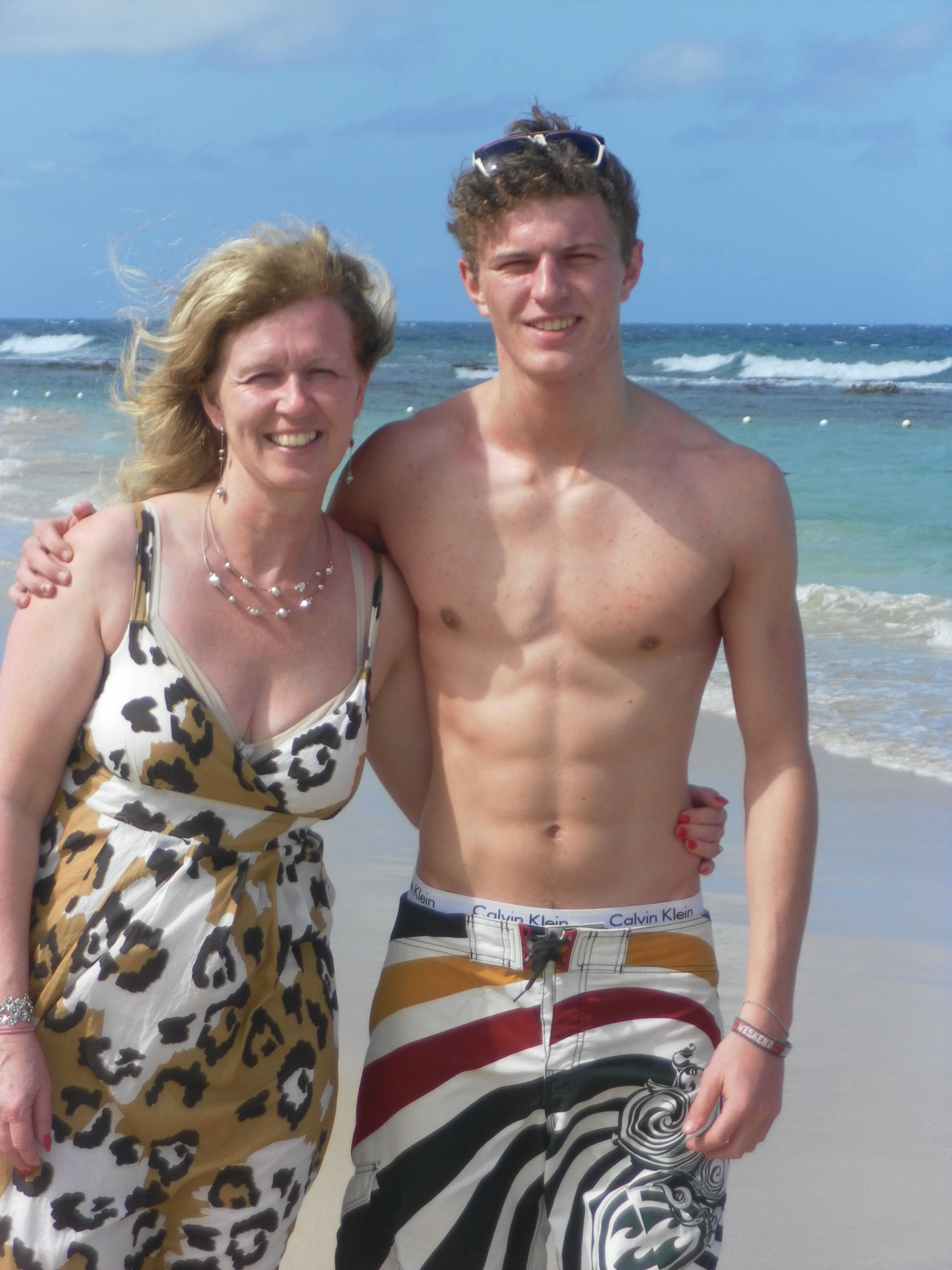 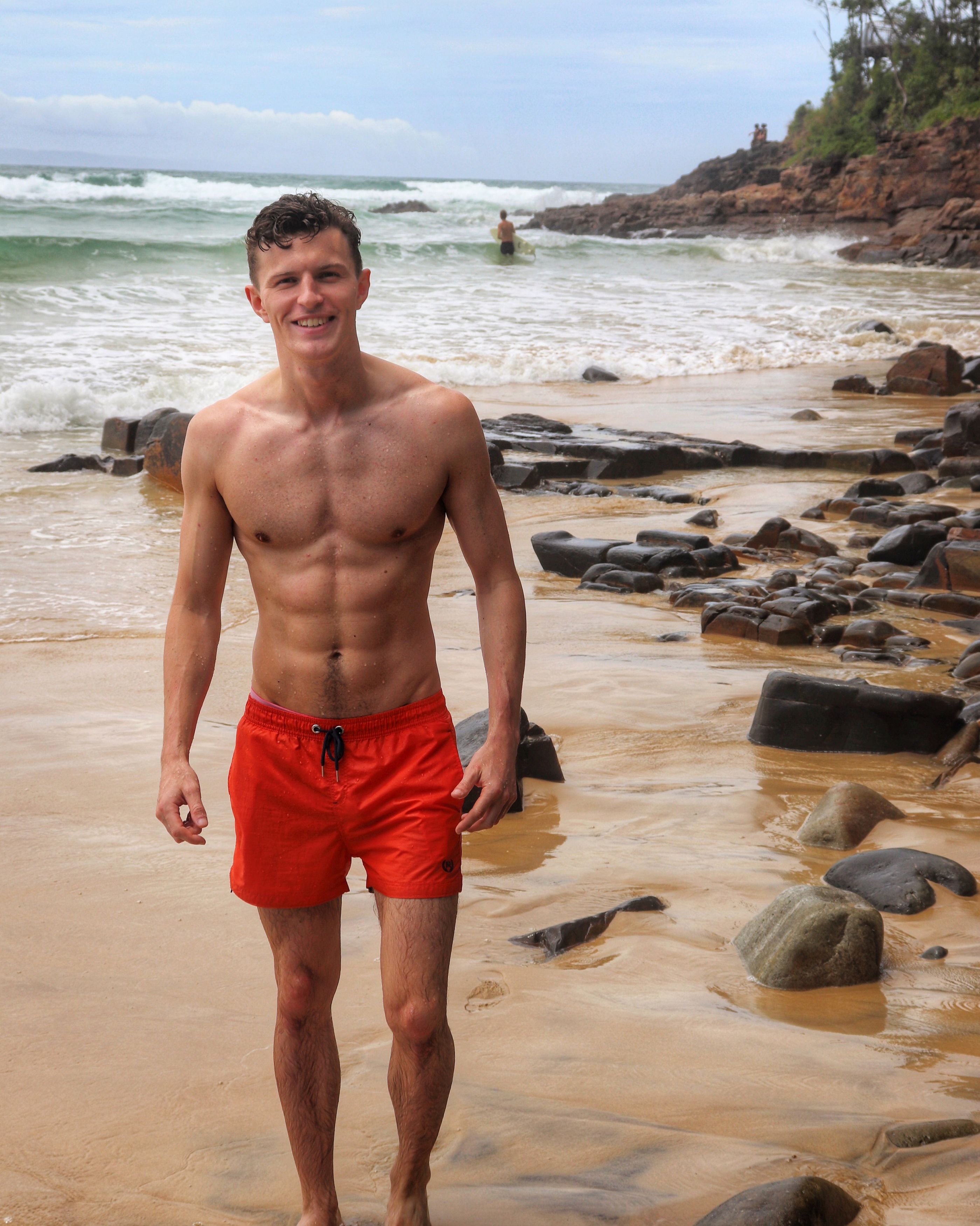 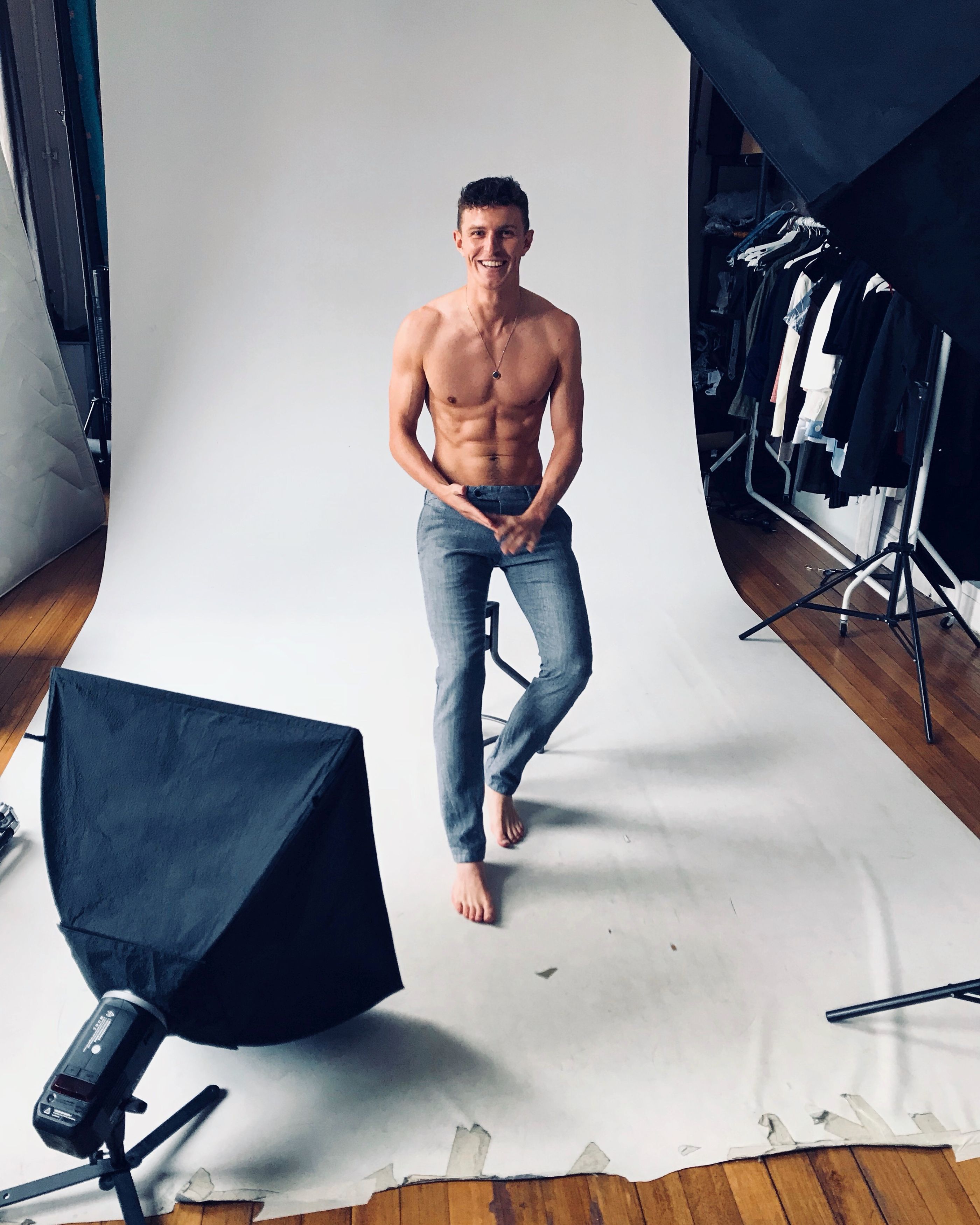 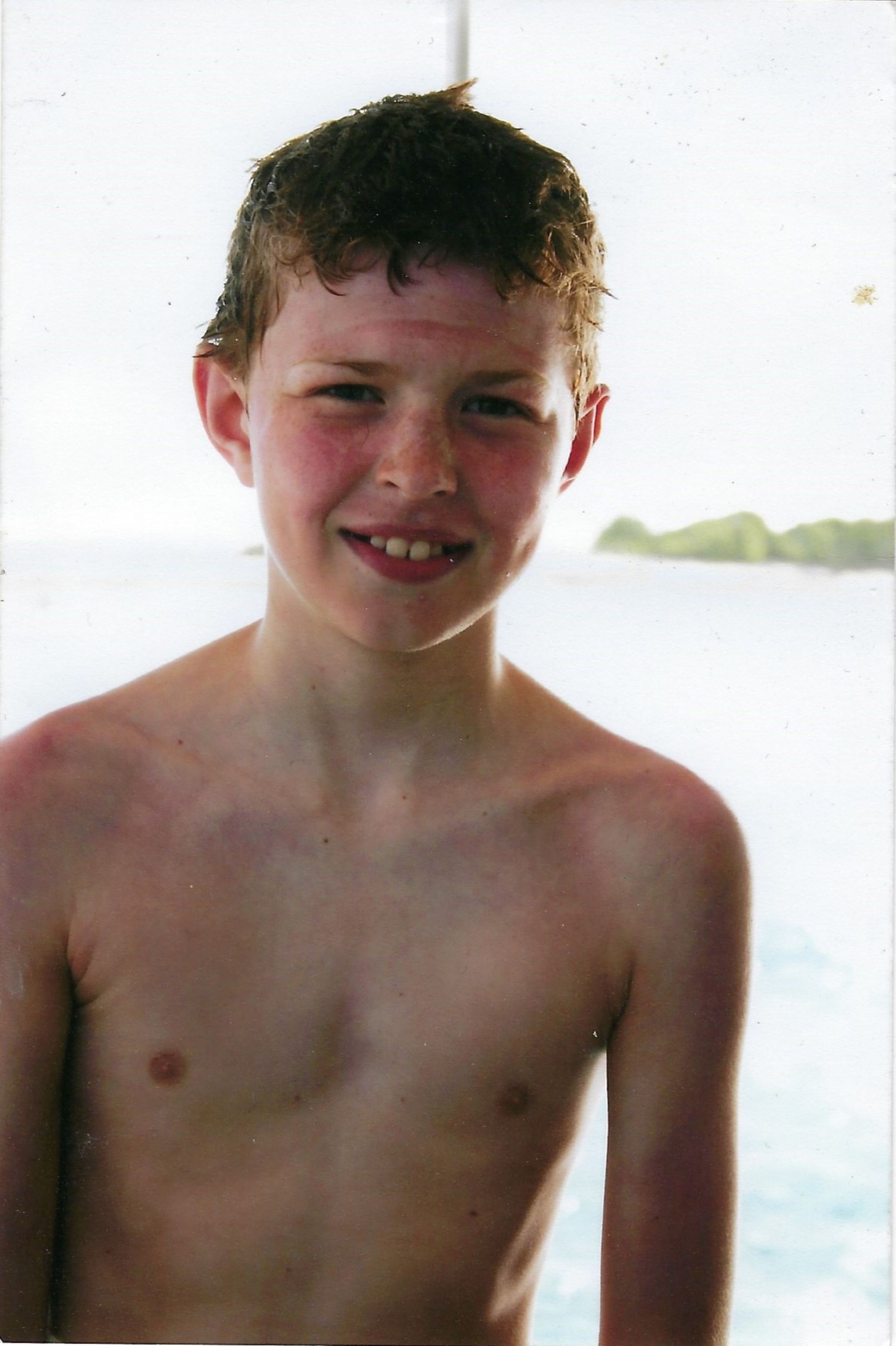