The booming property market has reignited concerns about housing affordability. Sydney’s preliminary auction clearance rate yesterday was 87.7 per cent, from 431 homes that went under the hammer. Despite the lockdown in Victoria Melbourne’s preliminary clearance rate was 75.4 per cent from 439 auctions. 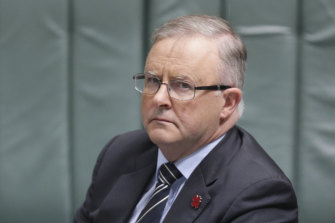 Labor went to both the 2016 and 2019 elections promising to halve the 50 per cent capital gains tax deduction and limit negative gearing to new properties only, though it was grandfathered.

Under Mr Albanese’s leadership Labor is now considering whether to re-adopt these policies for its next tilt at government; limit negative gearing to only one or two properties, including pre-existing properties; or to dump the policies entirely.

Those shadow cabinet members spoke on condition of anonymity, as they were not authorised to discuss the policies before formal consideration by shadow cabinet.

A majority of the shadow cabinet members spoken to support the outright axing of the Shorten negative gearing and capital gains policies.

One member of the shadow cabinet said: “The key is Albanese and he’s in the ‘dump’ category. For the amount of money it raises versus the political pain, it’s just not worth it”.

Following the 2019 election loss, Mr Albanese has repeatedly said that “all policies are under review” and would not be continued “unless we say they will be”.

Scrapping the negative gearing and capital gains tax crackdown would be in keeping with Mr Albanese’s small target strategy for Labor.

It would also represent the removal of another policy barnacle after Labor formally dumped its unpopular franking credits policy, dubbed a ‘retirees tax’, in January.

Another member of shadow cabinet said the plan was to dump the policies but confirmed “the final decision has not been taken”. 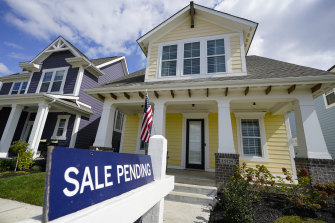 That second shadow minister said it was not worth taking a scaled-back version of the policies to the next election as it would raise less revenue – and hand the Morrison government a potential weapon in a political scare campaign. This view was reiterated by multiple members of the shadow cabinet.

A third member of shadow cabinet, representing the minority view, said that “we can’t go to an election in this housing market proposing to end negative gearing, but there is a sensible argument to allow one or two houses but not five”.

Some members of the shadow cabinet believe the negative gearing policy, for example, won the party support among younger voters who feel locked out of the housing market.

As the property market continues to boom there is a strong determination for the party to tackle housing affordability and an awareness that it must tackle the issue head on with a new set of policies.

According to CoreLogic’s January data for house values, house prices rebounded strongly to grow by 2.7 per cent in Sydney and 2.4 per cent in Melbourne in the most recent quarter, though this was a lower rate than other capital cities.

This growth was also strong compared to quarterly falls of -1 per cent and -1.4 per cent respectively in the unit market.

The different strengths of the housing and unit markets, and the different needs of respective capital cities, and regional areas, is part of the reason Labor has not yet formalised its decision to dump the policies. Waiting until after the May budget would allow the opposition to have a clearer idea of Australia’s fiscal position.