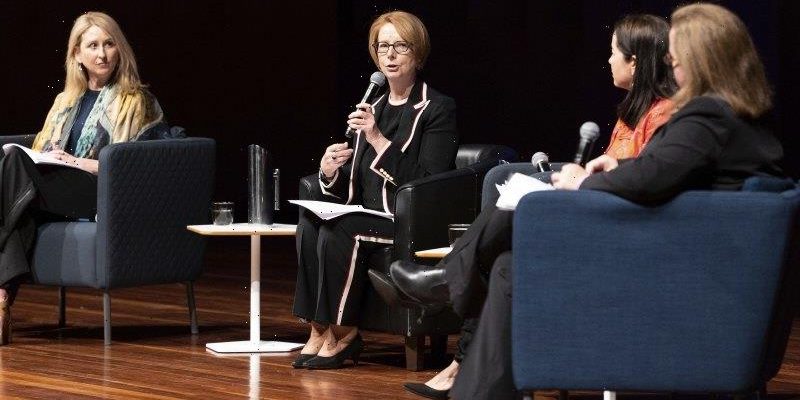 Labor will take its first step in closing the gender pay gap on Friday by arguing for higher wages for Australia’s lowest-paid employees as a key cabinet minister stressed workplace equality was a priority.

Treasurer Jim Chalmers confirmed the new government’s highly anticipated submission to the annual minimum wage review would urge the Fair Work Commission to raise pay packets to meet the rate of headline inflation, saying it was “ever more important than ever” the umpire delivered a favourable outcome. 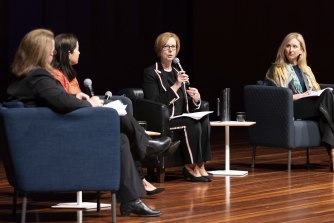 Labor added the submission to its policy suite to close the gender pay gap, saying women formed the majority of the workers in low-paid industries.

The director of the Workplace Gender Equality Agency, Mary Wooldridge, says there needs to be a generational change in attitudes towards “masculine” or “feminine” industries and publicly reporting gender pay gaps within private companies is also key to eliminating it.

Workplace Relations Minister Tony Burke said in a statement on Wednesday: “One of my top priorities in this role will be to help close the gender pay gap. Women should not be paid less than men – it’s that simple.”

Anthony Albanese said during the election campaign he “absolutely” supported real wages keeping in line with the 5.1 per cent inflation rate. Addressing the minimum wage submission during a press conference, Chalmers said “we have made it really clear that with inflation at 5.1 per cent … low-wage workers deserve a pay rise that keeps up with that.

“Anthony has made that incredibly clear. Before the election and after the election, and our submission will make that clear.”

The party previously left room to move on a recommended target following a political storm during the election.

Addressing an event hosted by former prime minister Julia Gillard for the ANU’s Global Institute for Women’s Leadership on Wednesday, Wooldridge said reporting on gender pay gaps now needed to be taken to the next level to offer transparency on individual companies, rather than just a sectoral level.

She pointed to laws in the UK that required companies to publicly report gender pay gaps.

“Over 50 per cent of their companies are now taking action or have plans to take action on gender equality and making a difference because of that transparency and because of that pressure from not only their employees but more broadly,” she said.

But addressing the pay issue was only one part of the change needed to break down highly gender-segregated workforces, such as in the caring or construction sectors, she said.

Gillard said it was reasonable to revisit Australia’s requirements around reporting on gender equality now they have been in place for 10 years.

“There’s no doubt that the fact that it identifies companies so you can literally see that, you know, a business called Smith and Jones has X gender pay gap is a motivator for change,” she said of the UK laws.

Future Super non-executive director Geraldine Chin Moody said boosting the pay and conditions for the caring sector – childcare, education and aged care – would have flow-on benefits in terms of narrowing the overall gender pay gap and enabling more women to enter the workforce.

Wooldridge, Chin Moody and other experts also highlighted childcare as a key policy priority for closing the pay gap and encouraging more women into work.

“We need men to take on the responsibility for caring and emotional work if we’re ever to have equality,” Victoria’s inaugural Public Sector Gender Equality Commissioner Niki Vincent said.

“If I could wave my magic wand and make a way for government to do that I would – certainly childcare and paid parental leave that requires [partners] to take it or lose it.”

New Education Minister Jason Clare said his top priority in the role was legislating the government’s planned childcare changes. It wants to boost the childcare subsidy and expand the number of families who receive it, with “cheaper childcare” one of Albanese’s key election pitches.

Anne Aly, newly elevated to the ministry with responsibility for early childhood education, said the broader aim for universal childcare probably wasn’t possible within the first three years of government, but she would wait to see what the Productivity Commission recommended.