Kimora Lee Simmons revealed she’s a no nonsense mom with daughters Ming and Aoki, as the trio collaborates on a t-shirt to raise funds for Smile Train’s #worldsmileday campaign!

Baby Phat founder and model Kimora Lee Simmons, 46, is teaming up with her daughters to design a t-shirt for charity, but that doesn’t mean she’s going easy on them! The philanthropist, who’s working with Smile Train for their #worldsmileday campaign to raise funds for National Bullying Prevention Month, admitted she doesn’t go easy on her daughters Ming Lee, 21, & Aoki Lee, 19. “I think that I probably am more of the stricter parent,” Kimora told HollywoodLife EXCLUSIVELY on Oct. 18. “And I probably feel like a lot of the times the mom and the dad. Their dad is a little bit more hands off. He’s not as much as involved or the disciplinarian and now they’re adults. That’s definitely me to keep you on the straight and narrow and not do anything crazy.”

Kimora and the girls’ father, hip-hop mogul Russell Simmons, 64, met when the model walked in a New York Fashion Week show at the tender age of 17. Though they had an 18-year age gap, the two married in 1998. After a successful reality show documenting their family life together, they separated in 2006 and later divorced a few years later.

The girls have been working with their mom, too! After helping relaunch her brand in 2019, Kimora’s daughters are balancing college and design and she wants to teach them lessons they can have for life. “I started my career at a very young age so I know how that can be,” Kimora said. “And I was a parent at a very young age — 12 or 13-years-old, so I know how that is, moving around these big cities, so I think it’s just keeping your eye on your kids, being involved, doing the best you can. I’m not perfect, but showing up. I’m there for my kids every single day. Every single day.”

Aoki is following in her mother’s path one step further as the Ivy League student has embarked on her own modeling career. “I’m beyond impressed,” Kimora added. “I’m her momager sometimes, only in the sense that I try to review her deals and make it more palatable for her to get from one place to another and understand what it is with her deliverables and what to do for herself, but I’m very, very proud of Aoki. And she just loves fashion, she loves high fashion, working in front of the camera, behind the camera, so it’s great to see that that’s her passion and she’s grown into that because she started out as quite the shy child and then now to see that she’s juggling also a full-time education at Harvard and to be perusing your career and pursuing your passions is major and a lot of hard work.”

Smile Train’s mission is to prevent bullying as it raises funds for the 540 children born with a cleft every single day and Kimora is happy to use this as a teachable moment for not just her daughters, but all of her children “I have 5 kids and it’s always so important for them to actively see and be involved in giving back,” Kimora said. “And understanding that whatever the reason, everyone has their differences and other people suffer a lot for some of those differences and beliefs and upbringing and physical differences that any and each and every one of us can have, but there’s more of a stigma. I want my kids to understand the whole idea of coming together, giving back, using your face, your name, your image, your visibility to get out there and do the work and encourage everybody else to do the same.” 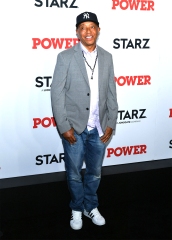 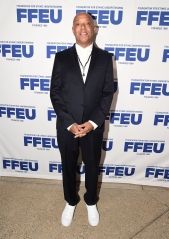 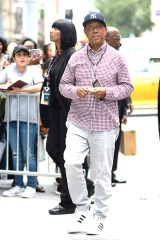