“I feel sorry for the man,” the actress, 61, told Page Six in a recent interview of Seagal, who has been accused by many women of sexual misconduct spanning decades.

“I think that he’s just a very sad person and he is what I would call a tragedy of Hollywood,” she said, adding, “I believe he was very bullied as a child, very sickly, very weak and I guess people who are treated that way as children end up becoming lost as they age.

The pair were married from 1987 to 1996 and share three children together, daughters Annaliza and Arissa and son Dominic. 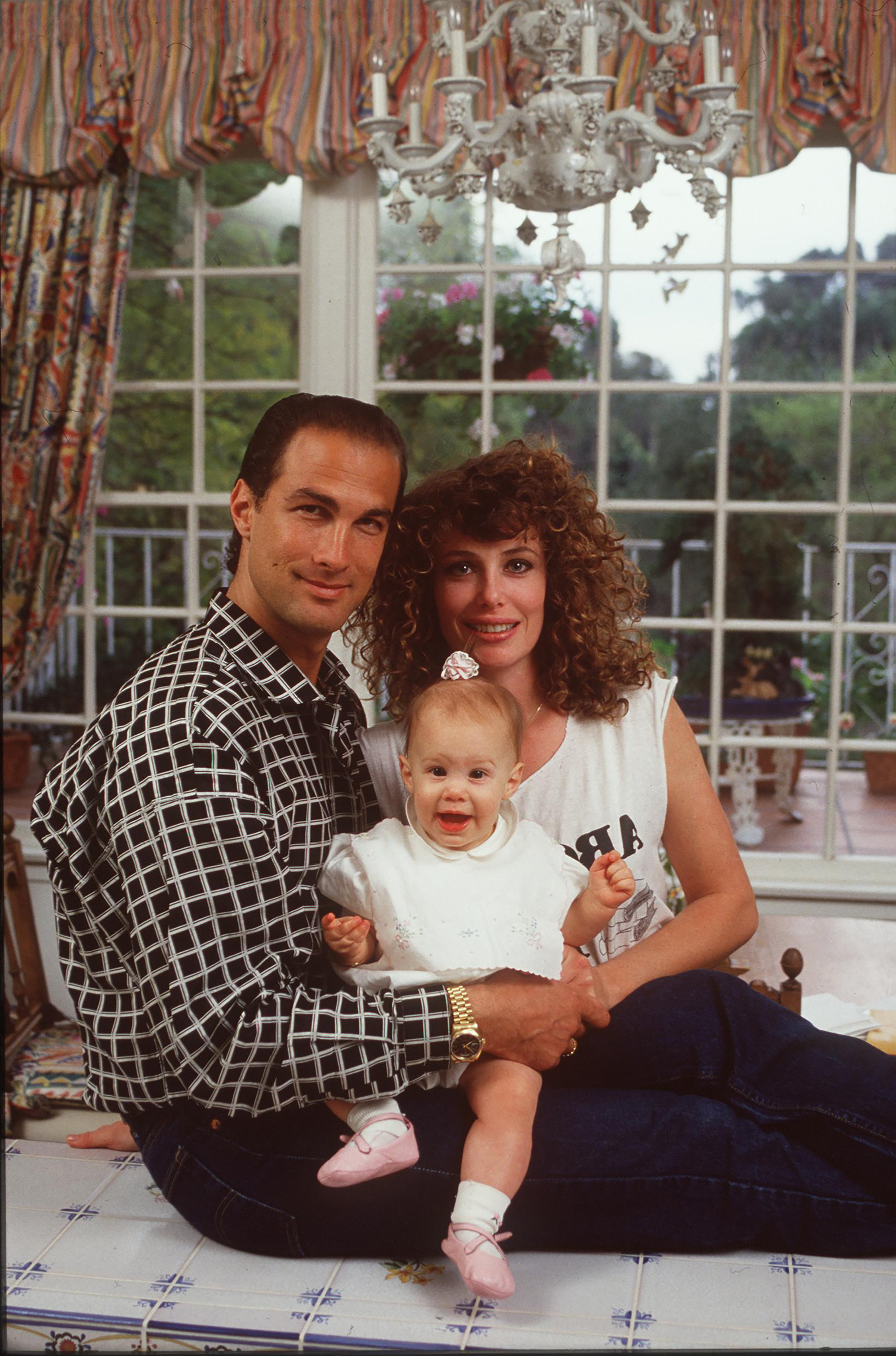 Seagal, 69, a martial arts instructor-turned-action star, has been mired in controversy for years. In 2018, two woman accused the actor of sexual assault — one allegedly occurred in 1993 and the other in 2002 — but both cases fell outside the statute of limitations and no charges were brought against the actor.

He also has Serbian and Russian citizenship and is a staunch supporter of Vladimir Putin. In 2018, he was appointed by Russia as a special envoy for humanitarian ties to the United States.

After LeBrock divorced Seagal, she left Hollywood behind to live on a ranch in California’s Santa Ynez Valley.

“You know I was just never impressed with being famous or fabulous,” she told us. “I got up every day and did my job, I didn’t think about being a pretty lady or any of that nonsense. I have never been impressed with myself. I think I’m pretty normal.”

LeBrock gained fame for starring in an iconic Pantene commercial.

LeBrock got her start as a model and her big break came at age 19 with a 24-page spread in Vogue magazine followed by a contract with Christian Dior and the infamous Pantene commercial in which she intoned, “Don’t hate me because I’m beautiful.”

“I didn’t hate it,” she says of the ’80s ad, which became a pop culture phenomenon. “I just thought it was ridiculous. When I went up for the reading I looked at them and said, ‘I can’t say that,’ and started walking down the corridor and the woman goes, ‘You’re here now, why don’t you just say it?’ I said it, and it was tongue-in-cheek.”

She went on to star in “The Woman in Red” opposite Gene Wilder and the John Hughes teen comedy “Weird Science.” After a very lengthy sabbatical, LeBrock is back on screen playing a gangster’s ex-wife in the comedy “Tomorrow’s Today,” but she’s not sure she is back in Hollywood to stay.

“Who knows, quite honestly, I just want to get married and stay home,” she said. “I have my beautiful grandchildren and they were just here and they’re amazing. My life is very full.

“I have met a wonderful man that I really respect and I’m in love for the first time in a very long time. And he’s brilliant on top of it. He’s a neurologist and one of the best in the country and it’s really nice to have somebody smart to talk to.”